Destiny 2 has been stuck in an unfortunate cycle of late, taking one step forward, only to seemingly take two steps back. While Destiny 2 was a great game while it lasted, it was a little too familiar, and the first expansion Curse of Osiris did little to assuage fears that Bungie knew what to do to reinvigorate a jaded audience. 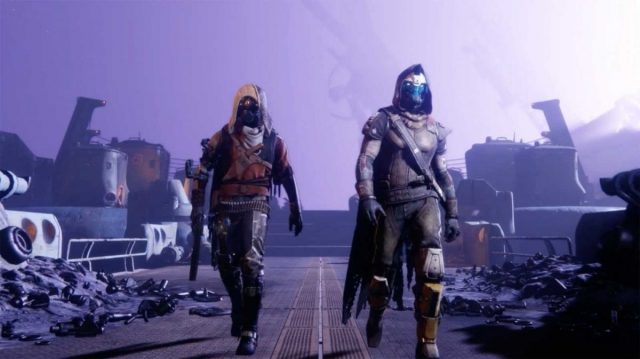 Then came the more welcomed Warmind, and now we have possibly the best expansion for the entire franchise, Forsaken. This latest addition to the shared-world shooter adds substantial content, with a new raid, locations, Strikes, changes to the Crucible, the entire economy of gear, as well as the awesome new Gambit mode.

The headlining moment for Forsaken is the death of everyone’s favourite wisecracking character, Cayde-6. Suffice to say, it is easily the darkest moment in the history of Destiny. A prison-break precedes his death, bringing into the fold new characters like the Spider (a Fallen crime boss), and returning ones like Petra Venj. 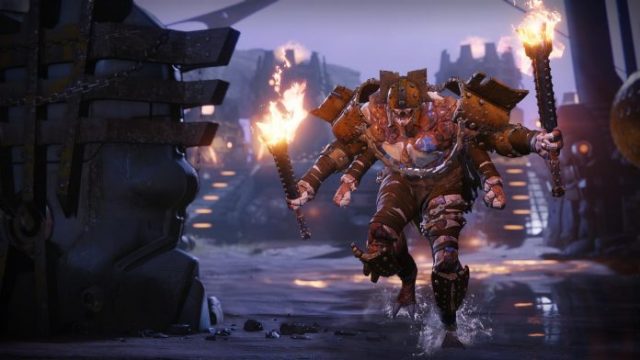 The new faces, especially Spider, gives players new impetus to explore, and learn to fall in love with the larger universe of Destiny 2. It is a stark departure from the usual formula, but it ensures that these side characters are given their day in the sun.

This extends to the new enemy added with Forsaken, the Scorn, who is a new force to be reckoned with. While they might remind you of the Fallen, these enemy archetypes behave and react in entirely new ways that will take some getting used to. The fact that they look really detailed help as well. 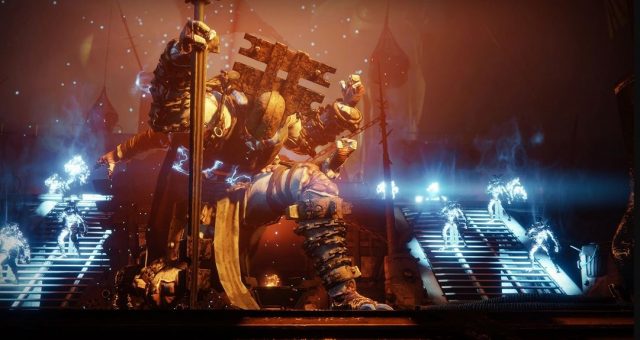 As the quest for revenge goes underway, the Guardians are tasked to take down the eight Barons responsible for killing Cayde-6, and these new encounters are some of the most refreshing battles you will have in the game. Each culminates in an epic boss fight that presents unique mechanics that keeps things fresh.

The Mad Bomber, true to his name, peppers players with a wide array of explosives and ordinance, while the Rider brings a Pike into play, to tilt the odds in her favour. The Mindbender might just be the most interesting of the lot, with the ability to manipulate minds and transport players into a different world, to finish the fight. 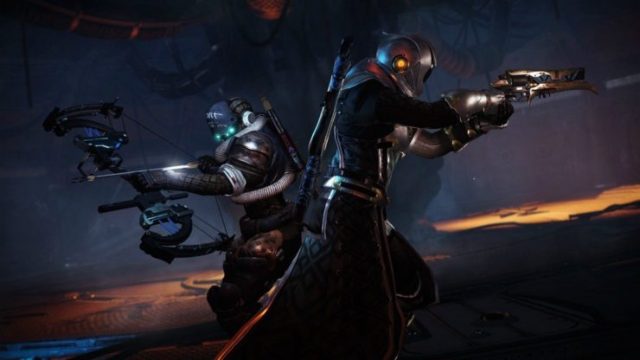 It is not only the main story campaign that gets a dose of adrenaline. The much-improved storytelling and general gameplay is also evident in the new Strikes. While it still involves plenty of shooting, they add more variation with slices of impressive set pieces, such as dodging high-speed trains and challenging your reflexes with tractor beams and such. Basically, think less repeated bullet sponge encounters, and more demanding skirmishes. 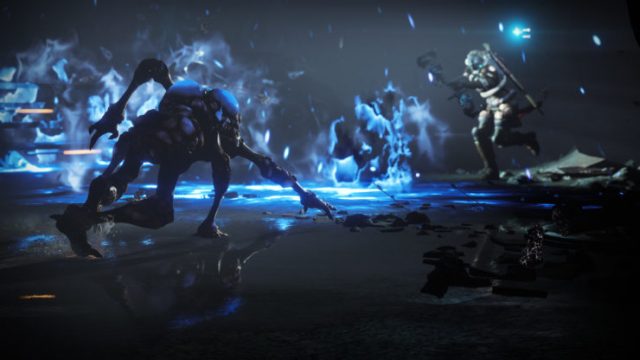 With the campaign lasting around six hours, this expansion is a substantial one. Add in the various Strikes and you have even more content to burn through. The Dreaming City, unlocked after a somewhat worrying story conclusion, is amazing to behold, full of secrets to be discovered. You will definitely wanna look in every nook and cranny to fully appreciate the work Bungie has put into this area. 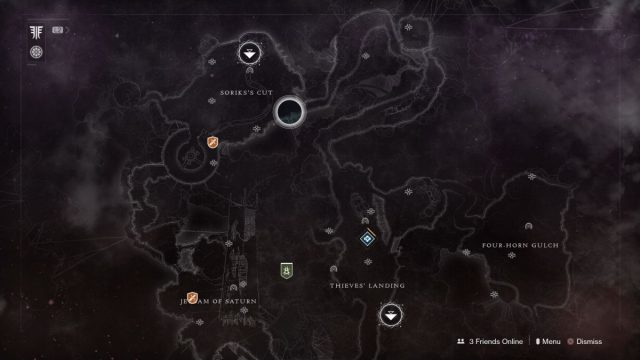 From Petra Venj’s special bounties to the Blind Well, there is still much to do after the campaign. The Blind Well unleashes waves of enemies upon your Fireteam, and is a great source of fun as well as loot drops. The new bounties bring you on journeys throughout the mysterious Dreaming City, and will need your Destiny A-game to succeed. 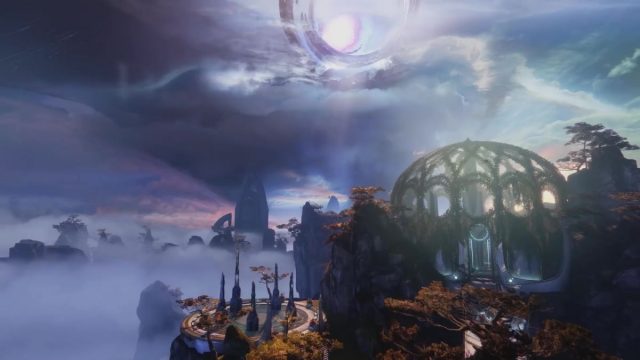 Let’s not forget there is still the Crucible, and the new Gambit game mode. Adjustments made to the PvP section have universally been welcomed by the player base, from the length of time it takes to bring down an opponent, to the many subtle tweaks made to weapon and armour balances. 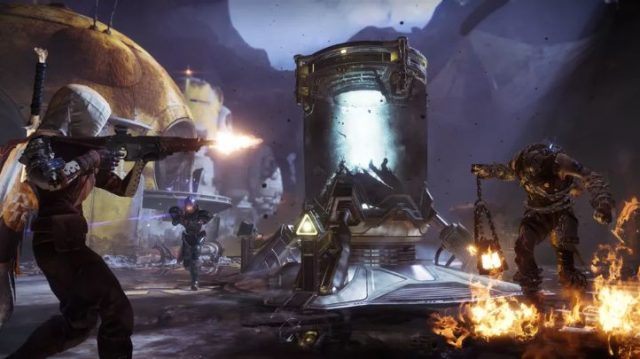 Gambit mode is Bungie’s gamble for Forsaken, and it truly pays off. Mashing the worlds of PvP and PvE together, Gambit tasks your team to race against time to kill off mobs, grab the dropped Motes, and deposit them to send more ferocious foes your opponents’ way. Enough Deposit enough Motes and a powerful Primeval will descend – destroy that and your team wins.

Of course, it would not be that straightforward and easy, as other teams are able to invade and murder your team, disrupting the progress. If your team gets wiped by the invader, the Primeval even regains all its health, so this is truly a marvellous mode to get invested in. Strategy and planning go a long way in enjoying success in Gambit, and Destiny 2 is made much better with such elements. 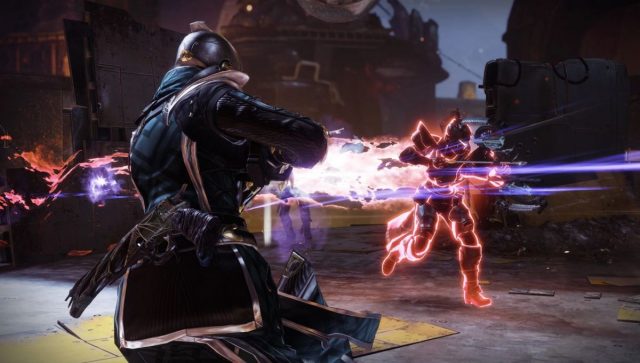 The Last Wish raid has also been opened and successfully completed by amazing Guardians, and it is easily on par with the best raid of the entire Destiny franchise, The Taken King, or even better.

This raid requires precision, communication, planning, and teamwork unlike any other. It is intricately designed to push every member of the Fireteam to the limit, be it killing foes or just solving the many puzzles that reside within the Last Wish raid. If there was a pinnacle for raids, this would be right up there at the top. 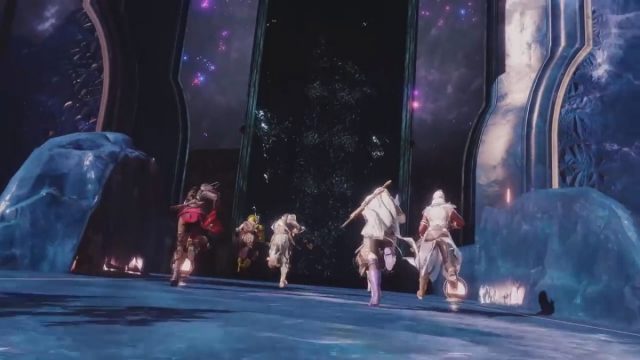 With challenging mechanics, awesome bosses, and an experience that Destiny 2 has yet to offer thus far, this should be the way an endgame raid is, and we truly hope Bungie can continue to innovate down this same path for future raids.

All these game modes and activities now funnel into the new economy that is present in Forsaken. Gone are the old mods, poor perks, and the like. Bungie has reworked the entire system to reward you for the way you want to play. With the increased level cap, more Power Levels, new Powerful Engrams, and a brand new flow to how you can become more powerful, it is indeed a brand new game.

Armour and weapons have also been overhauled. Now you can run around packing all sorts of weapon loadouts, ammo has been streamlined, and even same items will have different rolls now, giving players more options while waiting for the best drop to complement your playstyle.

The new Bow weapon type is also simply wonderful to wield, and everyone loves a good bow nowadays. Add the nine new supers that are coming, and you have plenty of toys to play with. 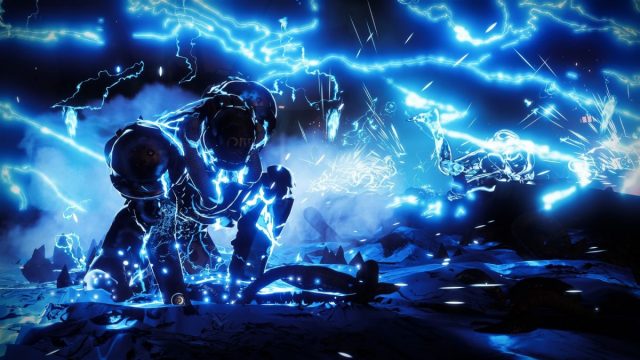 Bungie has always prided itself for listening to players, and making the necessary changes to satisfy their fans. While they may have stumbled at the start, the arrival of Forsaken is undoubtedly the cornerstone on which Destiny 2 will build on for years to come. The numerous improvements made to the whole game have brought back veterans and newcomers alike, and Destiny 2 now feels like a game we can truly love again.

A no-brainer if you want to get back into Destiny 2, Forsaken changes everything about the game and applies a coat of awesome to every layer. This is how expansions should be, always.