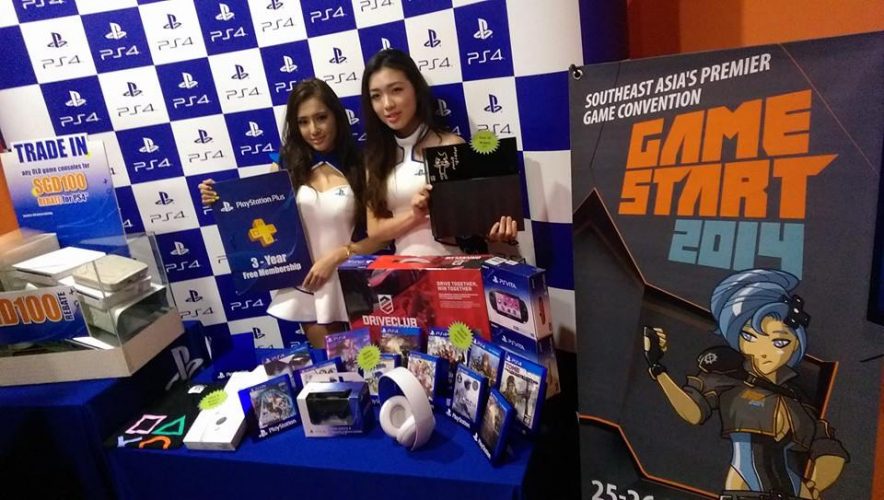 Why GameStart 2014 is THE event for gamers in Singapore

We first talked about GameStart 2014 on Geek Culture a couple of months ago. In that introductory article, we mentioned how Singapore is long overdue for a gaming-centric event where the average gamer on the street (like you and me!) can experience upcoming AAA blockbuster titles for themselves. GameStart 2014 (25th-26th October 2014, Suntec Convention Centre, Hall 403) looks to fill that niche perfectly, and their press conference held earlier this week only serves to reinforce our point further – you wouldn’t want to miss this event, and here’s why!

Aside from the previously-announced LittleBigPlanet 3, Freedom Wars and The Evil Within, GameStart 2014 will be featuring many more high-profile upcoming titles, all of which are PLAYABLE at the show. While the following list is by no means complete (!), it should be more than sufficient to convince any self-respecting gamer to attend in order to experience these awesome games first-hand. I mean, seriously, just LOOK at this lineup:

Something for everyone, indeed! Not content with merely featuring upcoming blockbusters, community events and official tournaments are planned for several popular released games at GameStart 2014 as well. They include:

In terms of special guests (yes, there will be guests!), Masaaki Yamagiwa, producer for Bloodborne, and Junichi Yoshizawa, producer for Freedom Wars, will be in attendance to meet fans, as well as present their upcoming games live on the GameStart 2014 stage.

Never one to be outdone by his counterparts, colorful Street Fighter IV producer Yoshinori Ono will also be present at the event to lend his support to the Capcom Pro Tour Asia Finals! How’s that for a gaming celebrity line-up?

What’s a gaming event without some retail perks for it’s attendees? Be one of the first 3 people to purchase a PlayStation 4 at GameStart 2014, and take home a FREE Sony Xperia Z3 AND a 3-year PlayStation Plus membership. We foresee some people camping out overnight specifically for this deal, so you’d best be prepared if you really want that Z3!

Even if you aren’t one of the first 3 buyers, don’t worry: The first 100 attendees to trade in their old gaming consoles each day will earn a S$100 discount for their PlayStation 4 purchase. And get this, there are NO restrictions to how old or recent your trade-in console must be, so if you have a Sega Saturn or Gamecube lying around gathering dust, now is the time to make full use of it!

But wait, there’s more! If you purchase a PS4 at GameStart 2014, the following items will be available at a mere S$10 each.

Topping up just 10 bucks for an extra DualShock 4 controller for your brand new PS4 console would be an absolute no-brainer, don’t you think? With such ridiculously good deals at GameStart 2014, I’m starting to feel like I’m channeling Billy Mays here!

So there you have it, a ton of reasons to attend GameStart 2014, and that’s not even all! For more details and updates on the event, check out GameStart’s official website and Facebook page. 1-day and 2-day passes to the event are now available at S$8.50 and S$15 respectively at the site and selected game retailers. I know where I’ll be on the 25th-26th of October – do you?

Apparently he likes to "makan cendol".