Pick a side and blast away as a new team-based third-person shooter G.I. Joe: Operation Blackout will be coming to PC, Nintendo Switch, PS4 and Xbox One on 13 October 2020.

The game will be a joint release by Hasbro, GameMill, and Maximum Games and it looks fresh out of the pages of the comics with popping visual and colourful character designs. We even got some glimpses of the exciting gameplay itself.

G.I. Joe: Operation Blackout will feature 12 characters across Team Joe and Team Cobra that will be playable. The game has both a campaign mode with 18-missions, in single-player or local split-screen co-op, and a variety of PvP multiplayer modes. According to the official site, the multiplayer will be limited to 4-player local.

The hi-tech action-packed military game will boast an original storyline inspired by the 80s comics. During the game, you will head to both the Cobra Headquarters and the U.S.S. Flag. Moreover, the multiplayer modes include King of the Hill, Assault, and Capture the Flag.

As for characters that will be making an appearance in-game, only Duke, Snake Eyes, Cobra Commander, Destro, Roadblock, and Storm Shadow have been confirmed as of now. And perhaps most excitingly, each hero game will have their own unique playstyle. Moreover, the heroes will have special powers, customisable weapons and even looks.

There have been no announcements for the PS5 and Xbox Series X versions of the game, but for now, you can head over to the official site to pre-order the game for your other consoles! 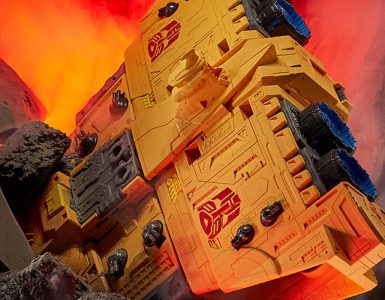 And it even comes with a transformable Teletraan-1!