How the tides have turned in the landscape of PC gaming.

For many years, Steam was long thought to have successfully claimed the throne of digital distribution for itself, and would absolutely dominate the market for possibly decades. However, recent years have brought some serious competition, such as the Epic Games Store, and to a lesser extent GOG and Discord.

Despite the large majority of the PC gaming community still faithful to Steam, the exploits of profit sharing for Epic Games Store has definitely not gone unnoticed. Their lucrative deals being a more appealing partnership for game devs, causing Steam to sweat.

Despite their efforts at retaining these devs, Steam’s profit sharing culture is still decried. Former Valve employee Richard Geldreich can attest to that.

He revealed the ugly truth about Steam’s way of handling the business end of things on social media as a response to a gamer’s Twitter post condemning Epic Games’ business practices.

AAA games such as Ubisoft’s The Division 2, as well as the upcoming Borderlands 3 and The Outer Worlds as timed exclusivesare examples of AAA developers looking to Epic Games for a larger cut of their profits, which makes sense if you’re a developer looking to up your game with more financial power. Geldreich is fully on board with that as well.

His posts do not exactly reek of resentment towards gamers, but one of concern, as he feels it is pertinent for the gamer/consumer to know how tough it is on devs to produce games and not earn so much after all their hard work. Hence, it is only sensible to team up with a company that does justice to all their efforts.

What he’s saying to gamers is basically this: Steam is currently a comfort zone for many a gamer. While it looks good to purchase games all in one place for good discounts, one also shouldn’t discount the hard work put by the devs into making their favourite games.

If gamers want to support developers more, then it makes more sense to purchase their titles on a platform that benefits not just the gamers, but the devs, too. 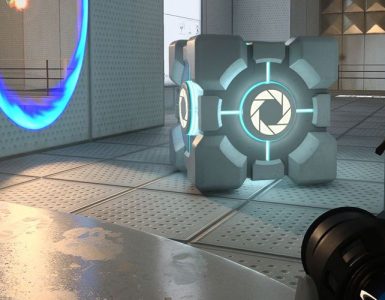