The upcoming Command & Conquer Remastered has no doubt turned many nostalgic heads, having been in development for a few years now. The latest update by EA reveals that the dev team had taken painstaking effort to dig through heaps of archives to bring back the original cutscenes, upscaled to match the remastered version’s 4K resolution.

The video above details how the devs managed to find the original tapes for the cutscenes that were produced by Westwood Studios – the original team that made the games in the 1990s – in the bowels of EA Los Angeles headquarters.

Those that played the original 1995 game and the first Red Alert in 1996 would remember that the cutscenes, though live-action, were compressed to pixelated oblivion, due to the limited technology available at the time. Given the tech that the present-day team possesses, utilising the full quality of the tapes, digitising them and upscaling them to 4K is definitely in the cards, much to the delight of hardcore fans.

But of course, this was all assuming everything in the tapes was still 100% intact. The team soon discovered that the tapes themselves were actually quite badly decomposed due to the passage of time, as well as the slipshod way in which they were archived. This meant that the content of the tapes was also affected, making them nearly impossible to port over and fix.

Thankfully, thanks to the help of some passionate and skilled members of the C&C community, an AI upscaling algorithm was produced to ensure that the original clips, or at least whatever was useable, was good enough to be shown on a present-day PC. On top of that, the team also managed to dig up B-rolls that apparently were never released before on any released version of the games, so they might be making their way to the remaster. It’s something at least, and should still warrant an applause considering the uphill battle the dev team was facing.

In any case, this will no doubt fuel the excitement for Command & Conquer Remastered even more. A release date has yet to be announced.

An exciting start for Evo 2021 Online. 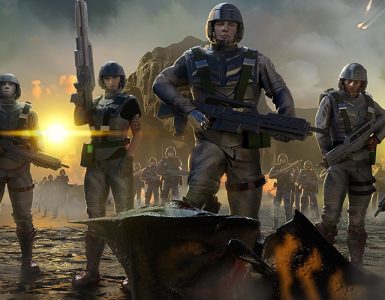 Bugs will soon go out of fashion.