While everyone was swooning over Robert Pattinson’s take on the Batman at DC FanDome, one can’t deny the hype that’s surrounding The Flash movie starring Ezra Miller, which also stars not one, but two other Batmen. In case you missed the source of the hype, it was confirmed that Ben Affleck and Michael Keaton would be returning to don the iconic cape and cowl in a story inspired by the 2011 Flashpoint comic.

At the panel for The Flash at DC FanDome, director Andy Muschietti revealed two new images featuring the Scarlet Speedster in a brand-new suit, as well as Keaton’s Batman in what looks to be a modern take on his 1989 costume.

While the suits are underexposed, we can see that The Flash’s new getup is much more streamlined than his chunky platemail-like one in Justice League. Muschietti confirmed that, in the film, Barry Allen’s new suit was designed by Batman.

Speaking of which, while Batman’s image above is even more obscured than The Flash’s, it is unmistakably Keaton’s Dark Knight that we’re seeing here. The sleek, streamlined, rubberised look and shape of the cowl resemble the 1989 Batman more so than Affleck’s Caped Crusader, which was much beefier and granular.

Whether Keaton will be donning the exact same suit from 30 years ago remains to be seen, but getting a glimpse of him donning the cape and cowl once more is enough to send fans into a frenzy. Now all we need is an image of Batfleck (even an underexposed one) and we’re good.

“This film is immensely important because if you look around at the DC universe you have all these characters who exist in their own bubbles,” Ezra Miller explained in the panel. “We also have multiple people [playing the same characters]. By opening that [multiverse] door, all of these stories and characters can start to collide. It blows our minds the level of possibilities that exist with this character and this story.”

The Flash will open in theatres sometime in 2022. 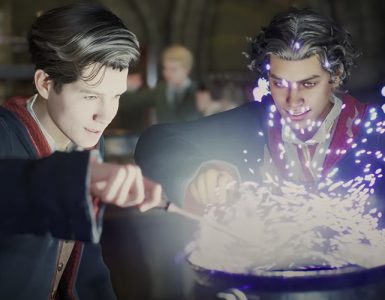