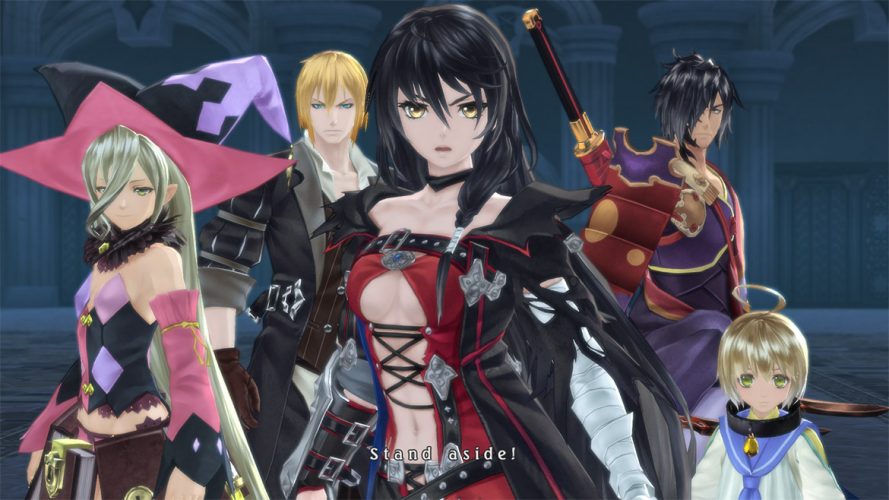 Tales of Berseria‘s J-rock infused intro would have given you a hint of what’s to come – an anime-infused RPG filled with tropes and battle styles straight out of the Japanese cultural phenomenon. Sure, it shares the anime art and story style with the earlier Tales of Xillia and Tales of Zestiria, the latter serving as this game’s canonical prequel. But Tales of Berseria has a mean streak in its narrative and fast-paced combat system that would set it apart from the other Tales series.

It’s Good To Be Bad

After a few hours into the story, you’ll realise that your main character Velvet is not exactly a pleasant human being. For one, going through a traumatic experience of seeing her brother sacrificed by her mentor Artorius for the greater good is just the tip of the iceberg. She gets another nudge into villain town by turning into a daemon and inadvertently decimating the town she grew up in. Top it off with being imprisoned by exorcists for three years, it’s easy to see why she’s more than a tad miffed. After a prison break, she and her motley crew of misfits set a town on fire, beat up the good guys, kidnap a child named Laphicet who happens to be a spiritual being known as the Malak and become pirates, thanks to another Malak named Eizen. 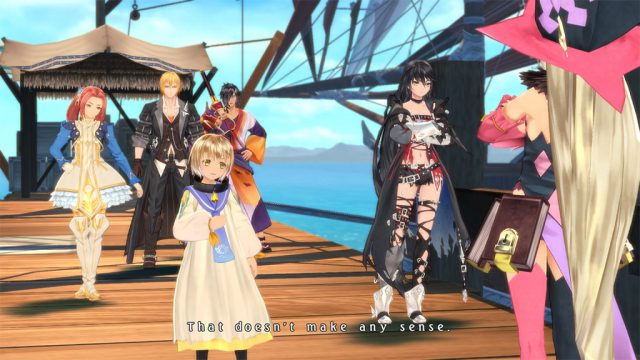 Did we mention that you’re playing the bad guys? At this point, it should be quite obvious.

But given Velvet’s circumstances, you’re curious to see how it all plays out and whether she gets her revenge. Despite their demonic influence, the “heroes” are as human as you can get. Velvet is a hardass, but has a tender side she emanates at rare times. The aforementioned Laphicet is coming to grips with his newfound freedom. It’s interesting to note that Velvet gave the emotionless child her deceased brother’s name, which brings up a LOT of warning signs about her state of mind.

My personal favorite character is Eleanor, a former Abbey exorcist roped into the group out of duress and dire circumstances. She’s a saint and do-gooder in a group of misfits; the relationship and tension between her and the party brings a lot of emotion and much-needed drama to the story. Yet, Eleanor brings a lot of reasoning to balance out the emotional core. The rest of the cast are great, from the aloof and battle-hardy Rokurou to the entertaining nutjob Magilou.

If you’re expecting the story to be another “band of misfits learning the error of their ways”, you’d be slightly disappointed. The tale’s key theme of “emotion vs. reason” seems to lean way further to the former, and is really on-the-nose about it. Velvet softens up, but still maintains her vengeance and her philosophy of using whatever and whoever to get it sorted. 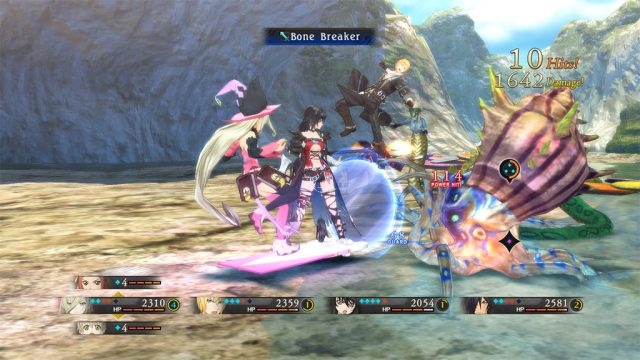 The Tales-exclusive mini talking head cutscenes called “skits” that pop up in-between your journey do provide more context to the world. They also inject a bit of humour to the semi-dark tale, though some of them can make you go “huh?” due to some localisation discrepancies. But overall, the tone here is very atypical compared to past Tales titles.

With a strong story, you’d think the game itself would be a step above the norm. Unfortunately, the game goes through a lot of standard RPG game design style to get its gameplay across. If you hate backtracking and padded-out main quests, be prepared to experience a lot of that in Tales of Berseria. 30 hours of it, if you count just the main story mode.

Most of the dungeons aren’t that creative; they’re just big mazes with different switches to open up doors to other areas. They’re also filled with magic pinballs you collect to unlock cosmetic gear from cat-eared treasure chests. The backgrounds and locales aren’t much better too: average-looking forests, average-looking snowy areas, decent-looking final stages. There isn’t a single memorable location I can commit to memory.

The music isn’t even groundbreaking too, which is a pity considering that composer Motoi Sakuraba is the guy behind the awesome Valkyrie Profile and Dark Souls tunes and ambiance. It’s telling that even the people behind the game are phoning it in with everything else for this new Tales. It’s not bad but it’s just predictable in gameplay and design. This is especially obvious when it’s compared to other RPG titles like Tokyo Mirage Sessions and Final Fantasy XV. 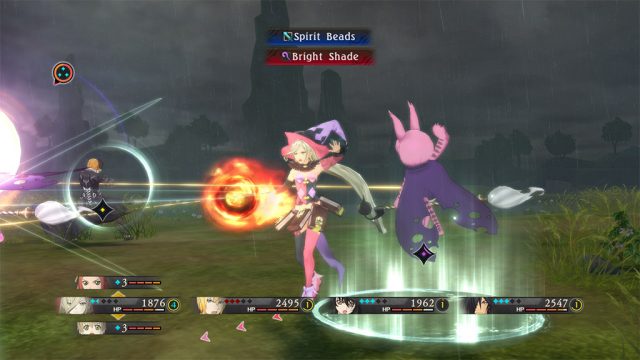 At the very least, the fighting is really fun. Tales of Berseria’s combat is similar to past entries like its prequel; you fight enemies in real-time using combos and spells (called Artes) while controlling any one character in your party of four. The main hook here is the Soul Gauge system, where each character can get more attacks and bigger artes if they can increase their gauge to a maximum of five balls. Each of them start out with three balls; if you exploit enemy weaknesses and stun them, you get extra balls. If you get waylaid by status effects, you lose them.

You can even spend one ball to pull off a Break Soul move, where you go “super saiyan” for a short bit. The catch is that your target gets an extra ball, making it stronger. The aggressive approach to combat here makes you a bit more proactive in fighting. You can occasionally just guard and wait for an opening, but by and large you’ll need to switch your combination of artes on the fly to defeat most foes while keeping your balls intact.

While the combat is fun for the first 10 hours or so, it goes into a predictable routine if you master it. You jump in the fray, kite your enemies, block, dish out a few combos, then Break Soul when needed. While a few bosses do step up the challenge with patterns and unavoidable attacks you have to break, you can cheese your way out of most fights. That said, endurance runs such as the “arena style” sidequests do liven things up a little. Plus, all those hidden and Mystic Artes look flashy, are practical and make you feel badass when going toe-to-toe against orcs, werewolf daemons and giant daemon pots. 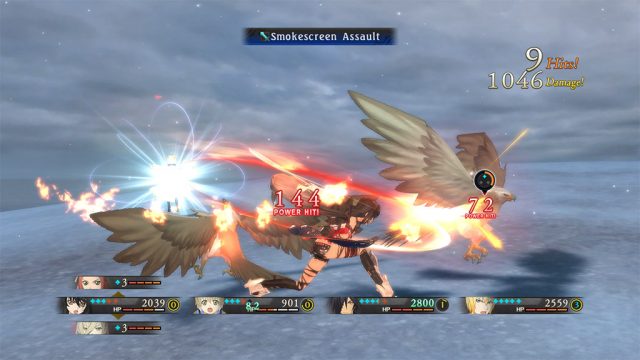 It’s clear as day that the main focus of Tales of Berseria is its unconventional story about the “bad guys” and the pirate crew they’re running with. And the combat system too, as that’s always a Tales game tradition. While those two elements aren’t enough to elevate the game beyond average thanks to its other by-the-numbers elements, Tales of Berseria warrants at least a look and at least some affection from JRPG fans.

Besides, if you stick around long enough, you’ll be given a hoverboard by a talking cat. Not many RPGs can brag about that mode of transportation.

It’s clear as day that the main focus of Tales of Berseria is its unconventional story about the “bad guys” and the pirate crew they’re running with.