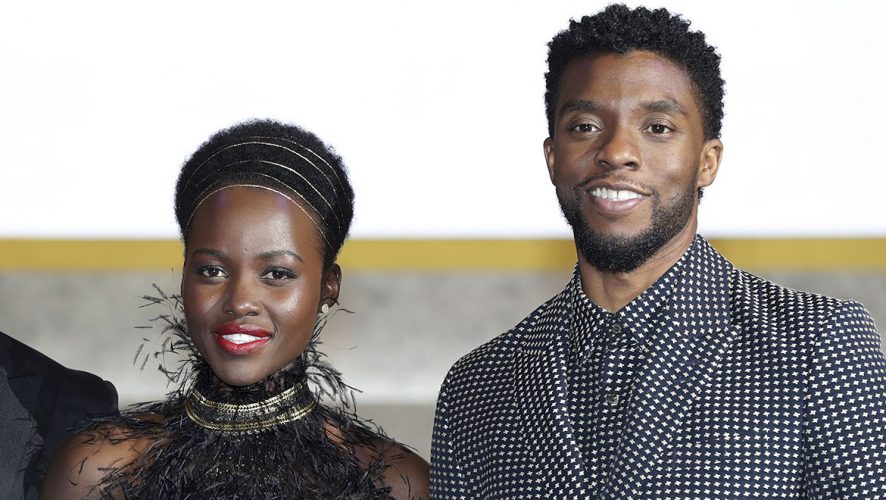 Chadwick Boseman: “Black Panther is Not Afraid of Any Avengers”

Even as early reviews give a rousing thumbs up for Disney’s Black Panther, one thing that stands out about the latest superhero film from Marvel Comics’ Cinematic Universe is that this marks the first time that an (almost) all black cast has been gathered to give their take on the first mainstream black comic book superhero.

But the gathering of such talent among the Hollywood actors of colours should not be a unique reason to celebrate, but a norm of the industry, notes Black Panther’s leading man, Chadwick Boseman (T’Challa, Black Panther).

“And if we were going to bring the story in Wakanda, and we’re dealing with Wakanda, they should all be black, and we shouldn’t have to insert white people in the story just for the sake of Hollywood.”

The film also addresses the overabundance of testosterone in action films, but adds several strong female characters to the narrative. And that made Boseman feel right at home.

“It was a comfortable space (to act in the movie), because I grew up with a strong mother who has strong sisters, and they have always covered me with prayers, with lessons, with encouragement for my entire life. I have strong women on my team that work with me everyday, so to me, it’s just beautiful to be able to show that to the world,” he enthuses, recalling the memories with a fond smile on his face.

While the earlier Jordan-Coogler interview was more lighthearted, the theme for this round of interviews with Boseman and co-star Lupita Nyong’o (Nakia) touched upon more serious topics, with the keywords of “powerful” and “strong” mentioned more often.

Lupita Nyong’o shared her thoughts on the topic, stating that Wakanda is “quite an idealistic society”, unlike the other patriarchal societies in some countries.

“But in terms of gender relation and stuff, it’s progressive and something that we can all appreciate and hopefully aspire to.”

When asked on what we can learn from strength of the Dora Milaje, aka the team of women who serve as Wakandan special forces, she notes that the first step towards change is recognition.

“I think what’s interesting about Wakanda, as we are introduced to it, is that you see women assuming their roles alongside men, and the men’s power is not diminished just because a woman is realising hers,” she elaborates.

“In that sense, we have a lot to learn – just because a woman is the most powerful member doesn’t mean that she’ll threaten a man’s position, and hopefully, it’s a film that encourages us to be a little less scared of the other. “

It’s a good point: with man being portrayed as the more powerful figure in most media, there exists a kind of fear that women will win over the role of dominance instead. Yet, what Nyong’o is proposing calls for both genders to work together, and not against each other, so that the potential of both parties may be reached.

Power is not only applicable to the female parties, but also for T’Challa, who holds both the mantle of King of the nation, and an all-knowing leader. The positions are may entail different meanings to some, but Boseman is of the view that he cannot really be separated as either king or leader, simply because “he’s both all the time”.

“I’d say that T’Challa’s more relatable for the audience, because he has the same forms of vulnerabilities that everyone has. He has disappointment, he deals with death, he has vulnerabilities, everybody can relate to that, but at the same time, everybody wants to have a superpower”, he explains.

He goes on to note that the aspiration is related to our human experiences, and those are moments which we can have access to, times where one is greater than his usual self, and able to endure more – something he likens to having superpowers.

Boseman’s description of T’Challa’s weaknesses shows audiences that at the core of it, even a king is human, and all humans break under pressure, are capable of making mistakes, and can grow tired of the world’s responsibilities.

In that regard, the exhausted actor’s current appearance actually reflects that, but just like the king he plays, he pressed on with the interview, and doesn’t let the exhaustion affect him too much.

“I love Shuri! I love her spunk, she’s so cool, and funny, and her weapon is her mind. That’s really cool, to see a young girl who’s leading the technology of her nation, and I wish I could be this smart.”

The bit of self-deprecating humour makes the whole room burst out in laughter, because yes, all of us can relate, and yes, we would also like to acquire Shuri’s intellectual prowess.

Towards the end of the interview, a nod towards the upcoming Avengers: Infinity War movie was made. Boseman was tasked to rate T’Challa’s ability against the Avengers without the help of the Dora Milaje, and his reply is one that aligns with the personality of the Wakandan King.

“I don’t think the Black Panther is afraid of any of the Avengers. In fact, he actually is not seeking a spot on the team, he carves out his own space within the Avengers, and gives them another space to go,” he muses.

“He can exist without them, if he chooses to.”

Black Panther opens in Korean and Singapore theatres on February 14, 2018, with a release global date of February 16, 2018.