Before the hectic buzz of CES 2018, Chinese drone manufacturer DJI ushered in two new products to start off the momentum. One is a first for the company, the other a better repackaged deal for users, and both are equally useful for the masses.

Leading the charge is the redesigned Osmo Mobile 2 that transforms a smartphone into a stabilised camera – an undeniably smart move on DJI’s part, especially in the age of smartphone technology. With the installation of an integrated battery, it now sports an improved battery life of 15 hours, which is more than three times the original charge.

Users can also expect greater ease of use. The button layout has been revamped to include a more user-friendly system that allows for better control and aim, while the reduced weight offers the choice of portrait photography.

Accompanying the launch of Osmo Mobile 2 is the all-new Ronin S, a three-axis stabiliser for both mirrorless and DSLR camera systems. The company’s first-ever single-handed camera stabiliser comes equipped with a slew of features, including their proprietary SmoothTrack technology that provides customisable controls for easier access, alongside accessory mounts for add-on support.

Compatibility with different lens combinations is what counts for camera enthusiasts, and DJI has delivered that promise by providing support for Canon 5D, Panasonic GH, and Sony Alpha models, among others.

Retailing at S$171, the Osmo Mobile 2 will be available for pre-order exclusively on the Apple official website starting January 23, 2018, before heading to DJI’s online store, DJI flagship stores, and DJI authorised retailers from February onwards.

Meanwhile, the Ronin S will be coming to DJI’s online store, DJI flagship stores, and DJI authorised retailers in the second quarter of 2018, with a hitherto unannounced pricing. 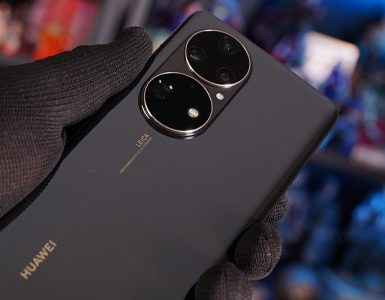 Don't miss out on these gadgets and amazing deals from Sony!