At the start of June, the world of first-person shooters welcomed Battlefield 2042 into the fold. The EA and DICE venture will bring another all-out experience of warfare in the future, complete with the big maps and massive battles fans have grown to love. However, one of the key facets of modern gaming is the issue of crossplay, and we now know that it will be a feature of Battlefield 2042.

Of course, there are going to be certain conditions when it comes to cross-platform warfare. PC, PS5, and Xbox Series X|S players will be able to play together come this 22 October. Players will also have the option to opt-out of mixing PC and console groupings.

If you are still on the last generation of consoles, you will have each other for company. Battlefield 2042 will let PS4 and Xbox One players experience crossplay as well, albeit separate from the other platforms. This is likely to do with the 64-player limit on the previous generation compared to the 128-player games that will take place in the current generation.

It is not only crossplay that is coming to Battlefield 2042. The FPS will also have cross-progression across all platforms, and even cross-commerce. Now, whenever you buy something, you should be able to access it everywhere.

With the technical playtest coming later in the year, Battlefield 2042 is slowly shaping up to be the juggernaut everyone expected. We will have to wait and see when DICE decides to drop more information about the game. 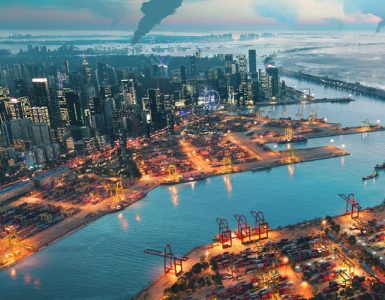 Brani Island will see a futuristic version of Singapore be a part of the Battlefield 2042 multiplayer experience come this October.