Home security is often something overlooked by many in Singapore. But it always pays to have your back especially when you have stuff laid out by the corridor of your HDB apartment, or even on the front lawn of your bungalow. That is where the folks at Arlo come in, with their top-of-the-line wireless security cameras.

Arlo has always been at the forefront of security camera systems, especially with their top-selling Arlo Pro 2, as well as the more recent Arlo Ultra. This time, they’ve launched something that aims to straddle a balance between the functionality of the Pro 2 and the premium 4K video capability of the Ultra: the Arlo Pro 3.

While the Ultra is obviously top dog among its ilk, its price will also come at a premium. That is where the Pro 3 comes in, which with its native 2K-resolution video recording, should offer a more affordable alternative at under S$1,000, without having to compromise on quality.

Similar to its predecessors, the Pro 3 retains the consumer-friendly factor of being really easy to set up and use, as well as being weather-resistant. It boasts a native IP65 rating, which allows it to withstand even the heaviest of rains, winds and even blizzards (though you might have to clean up the lens yourself once the weather clears up). Its relatively small form factor makes it great to place in virtually any corner in and outside of your home, especially with the magnetic wall mounts that each set comes with.

To support its enhanced 2K visuals, the Arlo Pro 3 is equipped with a 160-degree field of view, which makes it cover much more ground than the Pro 2 (though the Ultra still wins with a full 180-degree FOV). It even directly steals some concepts from the Ultra, with the capability to zoom in directly on moving subjects when they come into view.

If you’re concerned about its performance at night or in dark areas in general, the Pro 3 comes with an in-built spotlight to hone in on subjects, as well as a colour night vision system, which drastically enhances the visuals and brings their colour up as close to the original image.

Other notable features in the Arlo Pro 3 include Parcel Detection, 2-way noise-cancelling microphones for easier communication, as well as a built-in Smart Siren (via the Arlo app) to keep those pesky burglars at bay.

The Arlo Pro 3 will be available for purchase in Singapore later this week at authorised major retail stores islandwide, as well as the official Arlo store on Lazada Singapore. Sets will retail from S$899 onwards, with additional add-on cameras retailing for S$399 each. 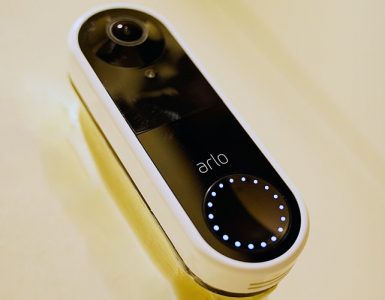 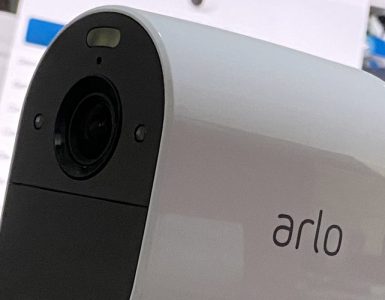 If you simply need a good outdoor camera, this Spotlight is shining over here.