Wireless charging has only recently become the norm despite its popularisation with the Qi standard in 2017. In that same year, Apple released the iPhone X, which was among the first devices to fully harness the Qi wireless charging technology. Back then, it was considered a technical marvel, and Apple was truly ahead of its time. But that was two years ago.

Fast forward to 2019, and Apple is constantly finding itself on its toes with the emergence of alternative brands that can match or even outmatch its wireless charging capabilities. Despite this, Apple still wants to stay relevant with the impending release of the new AirPower wireless charging mat. Or do they?

“After much effort, we’ve concluded AirPower will not achieve our high standards and we have cancelled the project. We apologize to those customers who were looking forward to this launch. We continue to believe that the future is wireless and are committed to the wireless experience forward.”

Initially announced on the same year as the iPhone X’s launch, the AirPower was supposed to be Apple’s first step to dominating the wireless charging scene with its ability to charge multiple devices thanks to its increased surface area. Supposedly, it can accommodate an iPhone, a pair of AirPods, as well as an Apple Watch. But, you see, rumours can only get you so far in terms of customer loyalty and hype. Consumers need to see actual launches, and actually use them to be able to enjoy the brand’s pedigree and extol it.

However, there are plenty more (affordable) alternatives in the market right now which one can consider –

Okay, this one from Belkin may not be a wireless charging station, with the obvious Lightning attachment for the iPhone, but it does have the ability to charge multiple devices as the AirPower supposedly does. The Apple Watch is charged using the standard Magnetic Charging Module, which kinda resembles a wireless charging kit, but you get the idea. A price of US$99.99 is the steepest of the three listed here, but considering how astronomical Apple’s prices are these days, it’s still considered a steal compared to the tech giant.

Okay, strike two on the wireless charging capabilities, but again, another multi-device charger that is way more of a steal than the previous entry. Similarly, this one sports Lightning cables (two this time, with the additional one intended for a pair of AirPods), as well as the Apple Watch’s Magnetic Charging Module. Probably the only downside to this is that it is the least visually attractive of the three listed here. Not that it matters for lowballers, of course.

Now we have a proper challenger to the AirPower. Sporting a sleek design, this Qi Wireless Charger comes in three variants – 5W, 7.5W, and 10W – and also supports Android devices which have wireless charging, making it the most versatile of the lot, even if it doesn’t support AirPod wireless charging.

With these alternatives going at much, much more affordable prices, Apple has a lot of catching up to do with their rumour-mongering centred around the AirPower charging mat. 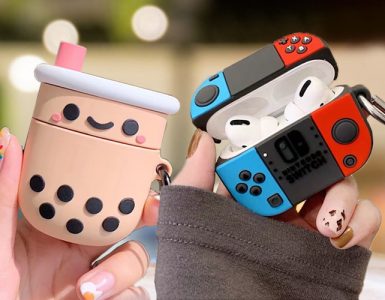 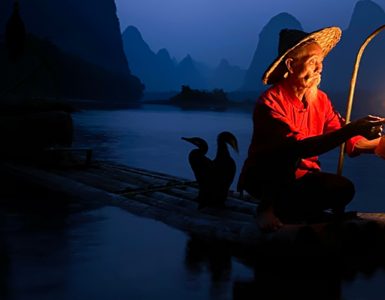 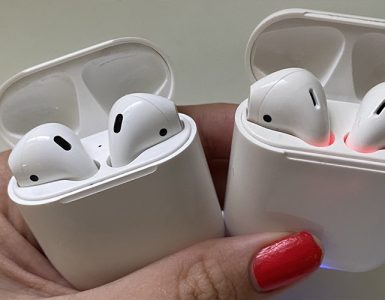 Try to spot the fake.