Kitting out a LEGO set with LED lights has always been the icing on the cake for many an avid builder. However, one usually had to source for third-party lights from the internet or their local DIY store in order to do so. Not anymore, it seems.

At the LEGO World Copenhagen event earlier this week, LEGO has released a series of new official Light Kits for purchase, as spotted by Brickset user LegoFjotten.

There seems to be quite a good number of these, and they seem to comprise of varying quantities of LED lights, expansion boards, cables, battery packs and more for existing kits such as the 21318 LEGO Ideas Tree House and the 71043 Hogwarts Castle.

And as the boxes state, you’d still need to have the original set for these lights to be installed.

The new sets, while actually not for sale just yet, Brickset reports that they are currently part of the LEGO Lead User Lab to gather feedback for potentially releasing them for sale (hopefully) in the near future.

Bringing back the awe of space to adults and probably the next generation as well. 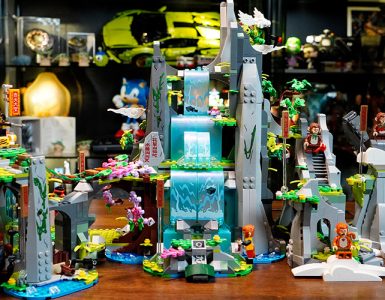