A not so Sinister (II) movie review

The only thing scary about this season’s horror offering is how terrifyingly tepid this movie is.

Sinister II is about a woman and her twin sons running away from her abusive husband only to end up victims to the boogeyman (aka Baghul). Their would-be hero is a guilt-ridden, well-meaning arsonist whose attempt to stop Baghul from claiming more victims is thwarted by the runaways. Just like the first film, Baghul is out to possess another child to murder his family but which twin is it?

The story takes place a little while after the first film so if you haven’t seen Sinister, you may miss some of the references in the film. Especially when ex-deputy So and So (I kid you not, that’s the character’s name), the adult male lead, is involved because exposition, exposition, exposition.

The spiral into darkness is led primarily by its child-killer cast, which unfortunately distracts from Baghul himself. While the young actors do their best to evoke dread through their own fear of Baghul, all you really feel is apprehension. Mostly because Baghul just really doesn’t seem that scary. As demon-dead children, they aren’t exactly spooky to watch and there wasn’t enough back story for you to want to empathize with them. Worst still, as the story unfolds, you start to think that maybe, just maybe, they deserved and enjoyed their fates – just like the movie’s killer.

It doesn’t help that Baghul doesn’t look sinister at all in any way. The ‘terrifying’ boogeyman looks more like TMNT’s Casey Jones or MJ gone wrong. Nicolas King does relatively poorly in his role as Baghul, through no fault of his own; his scenes were just terribly written. From the sudden pop ups to lurking in the shadows, King tries, he really does, but for naught. 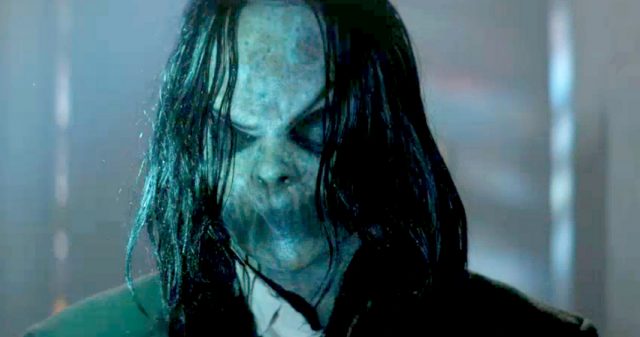 Filled with boring, bogus scare moments, the story is predictable and plodding. Its monotonous pace broken only by random bits of comedy and awkward attempts at drunk adult romance. Amongst the many cliches to be found in the film the most offensive would be the abusive husband trope. It is a lazy way to get the audience to empathize with the broken family. He exists as a character for the audience to hate. You feel a sense of justification when he meets his not-so gruesome end and it cheapens the horror that the killer inflicts on him.

The good-twin-bad-twin cliche comes a close second but you’ll forgive it because Robert and Dartanian Sloan do a pretty good job in their roles.  Shannyn Sossamon as the unhinged mother however, just leaves you feeling meh. James Ransone as ex-deputy So and So wins in the acting category as the spooked, affable hero.

What saves the film are the sporadic moments of brilliant cinematography.  But it’s not enough to save the film from its own boogeymen – (writers) C. Robert Cargill and Scott Derrickson. Some of the light and shadow plays created quick spine tingling scenes which were almost immediately lost after a poor cut. 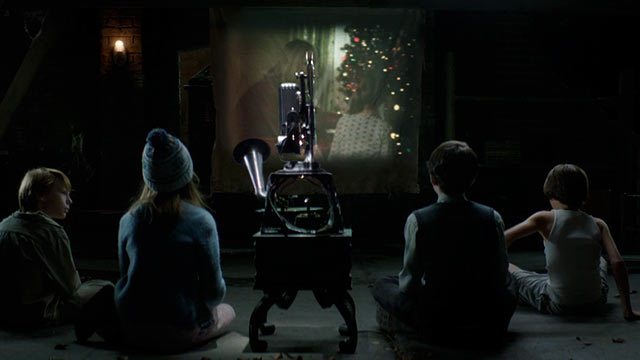 Another saving grace were the creative ways the previous victims were killed. Similar to Sinister, a multitude of ways murder a family was explored in the film. If you, like me, find humour in dark things, these haunted show reels will be the best part of the movie.

As a fan of the first installment, the sequel was a big disappointment. If you liked the first one, don’t watch this. It doesn’t tie up any important loose strings from its predecessor that makes it worth sitting through. The open ending suggests a third part to this mess, but if the curse of the sequels are anything to go by, it’ll be pretty bad too.

When they said beware the boogeyman, they didn’t mean this one. Skip this disappointment and wait it for the Halloween season flicks for better scares.

Netflix and chills down your spine.

May all your nightmares come true.