2020 will finally be the year we see the arrival of the next generation of consoles. Sony will be putting out the PS5, while rivals Microsoft will be hoping their relentless charge towards to the players will play out nicely for the Xbox/Xbox Series X.

In an interview with MCV, Head of Xbox Game Studios Matt Booty shared more about the company’s strategy heading into uncharted territory, including more acquisitions and the thing that matters most, the games.

As our content comes out over the next year, two years, all of our games, sort of like PC, will play up and down that family of devices.

We want to make sure that if someone invests in Xbox between now and [Series X] that they feel that they made a good investment and that we’re committed to them with content.

Essentially, rather than having an “Xbox Series X exclusive,” the new releases at launch will all be “Xbox exclusive,” which will be playable across all of Microsoft’s platforms old and new. Whether that will be a sticking point remains to be seen, as Sony has comprehensively won this generation with their exclusive offerings that are only playable on the PS4.

That problem has partially been alleviated with the acquisitions that Microsoft has made, including Team Ninja, who are developing the impressive Hellblade II: Senua’s Saga. It brings the total up to 15 studios, and Microsoft remains on the lookout for more studios that complement their vision.

“We may or we may not acquire more studios down the road. But I think that we hit a point where we had gone through a phase of adding new studios,” Booty explained. “And that’s a lot of work to make sure that we get the studios onboarded correctly, that we make sure that everyone feels secure.”

As long as that means the players getting a “steady slate of games,” that will certainly be a good selling point for consumers to move to a system with better hardware. With the Xbox Game Pass already bringing immense value, plus a slew of studios working on the next big thing, the PS5 and Xbox/Xbox Series X battle has only just begun. 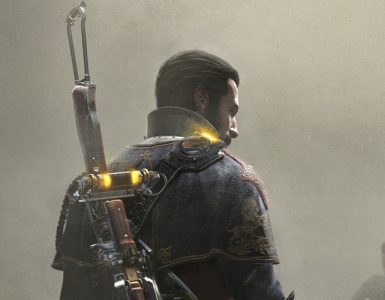 Hopefully it won't be another glorified graphics demo this time.