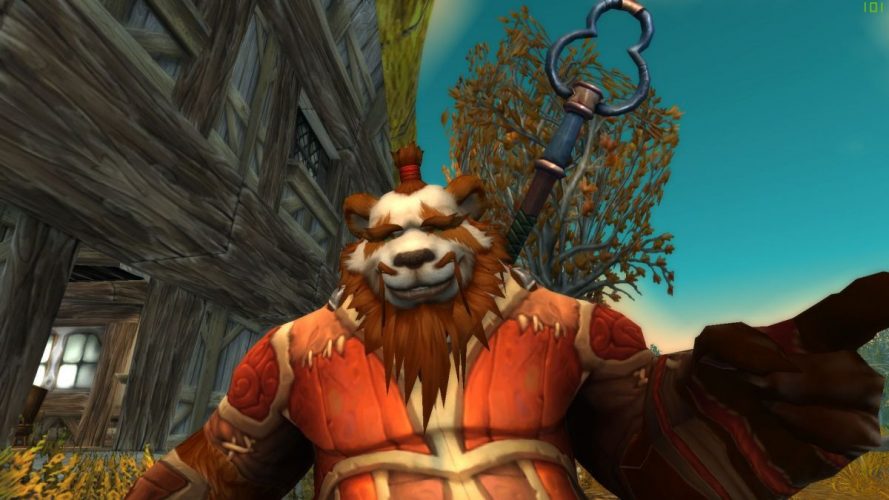 World of Warcraft: Battle for Azeroth – The Dreadfully Incredible Return

“The only true weekend is Tuesday.”

For folks who have played World of Warcraft (WoW) for years, the above statement was probably uttered at some point. It’s also the main reason why I’m able to write this post.

Slightly over a week ago, I returned to Azeroth. WoW has an incredibly magnetic draw to it and it does not matter if you’ve lapsed, or otherwise –  you’ll probably find your way back to the game some way. Some sooner than later.

Having raided intensively since Classic, completing content up to Twin Emperors in Temple of Ahn’Qiraj, and part of Naxxramas with 400 ping was quite the undertaking. Combine that with the HR nightmare of gathering 39 other competent raiders from Singapore, and it’s a wonder that so many have not given up after experiencing the many pains of raiding back in the day. Truth be told, it was hard to keep up the momentum and having completed half of Black Temple in WoW’s first expansion, The Burning Crusade, the decision was made to sell off my account for a paltry S$1,200.

Considering the amount of time spent in-game, the earnings per hour spent would have garnered more working in fast food, and this was before factoring in subscription costs!

Since the sale, I’ve returned for Wrath of the Lich King as a Death Knight, Cataclysm to form a small guild and lead raids, and briefly during Legion because Demon Hunters were cool. There’s always something new to look forward to as a returning player which is pretty awesome if you’re not playing the game 24/7.

Thus, having skipped Mists of Pandaria entirely, it only felt right to roll a Pandaren Monk to get a feel of how much content one would have missed in Pandaria. 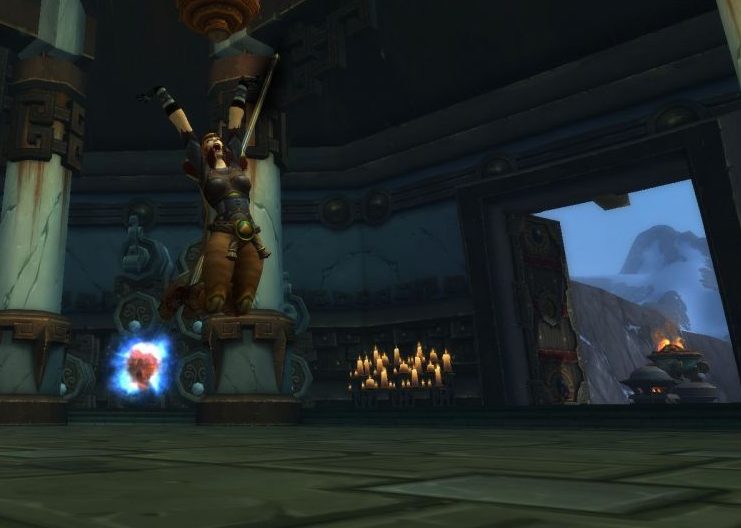 After 15 levels with my Pandaren Monk, I came to learn that I really didn’t miss out on much. The opening zone felt padded with quite a bit of travelling time between quests, and I didn’t quite resonate with being a Panda anyway. Time to reroll as a Human Monk.

With most of my WoW career invested into the Horde, if this was the best opportunity to look awesome while wearing raid armour I might as well make the best of it.

But as most veterans would know, looking good in beginner level gear is hardly the head turner. You’re a mishmash of armour bits and at this point of time I’m even using a fishing rod as a weapon! 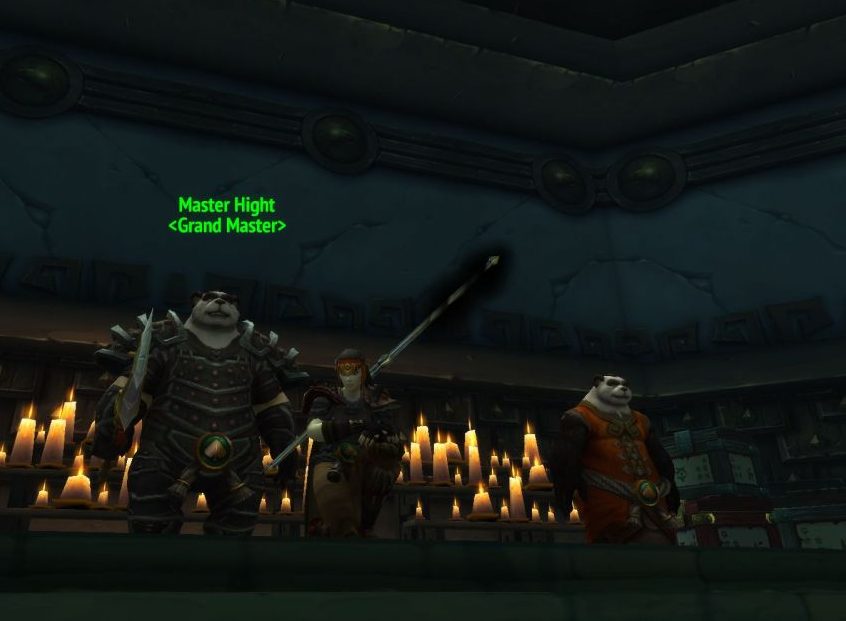 After a good 40 levels in game, the WoW leveling experience seems to have gotten better with each expansion. Sure, there’s an instant level boost if you’re looking to catch up with your friends, but there is a nice benefit of walking through the one familiar zones with a fresh perspective. One thing that some folks might notice is how the zone scales with your character’s level. No longer would you have to abandon a zone to seek for higher level quests as players will now be able to earn more experience points and face equal level mobs continually from zone to zone. This really does help with immersion as well as players are able to play through an entire quest chain to resolution. In the past, it was more about the awesome item at the end of the line but if you’re the type that’s really into the RPG storytelling experience, it has gotten much better now from a game mechanics perspective. 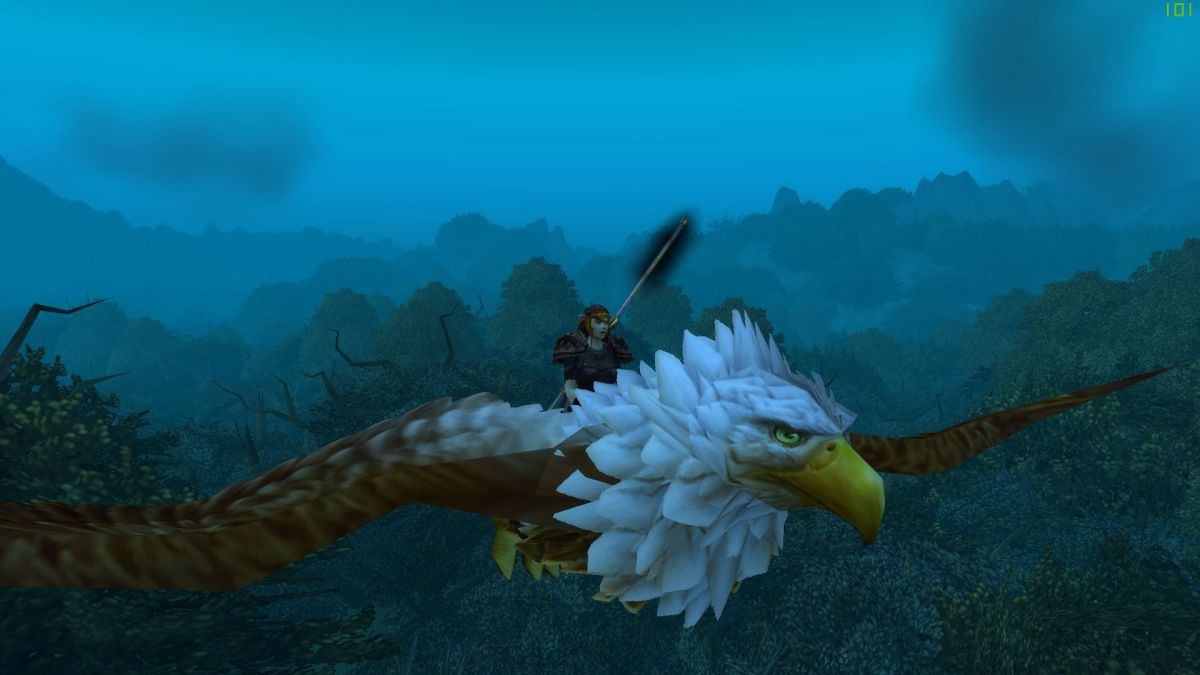 These days, it might seem a bit quieter as no one really talks in game even if you encounter players in the game world. At one point, I typed out in general chat asking if anyone wanted to tackle Hogger, an infamous quest mob which killed many ambitious low-level players, together, only to be met with silence. To my surprise, I learned later that soloing him was easy enough anyway. Perhaps that’s why no one bothers grouping up anymore.

My guess is that since the introduction of the Looking for Dungeon system, the perpetual silence in groups is further exacerbated but it doesn’t really bug me that much. Dungeons now appear shorter and much smoother affairs. Having to ignore crowd control abilities and steamroll content only serves to make for poor raiders in the future, but at this level all that really matters is simply hitting the level cap. 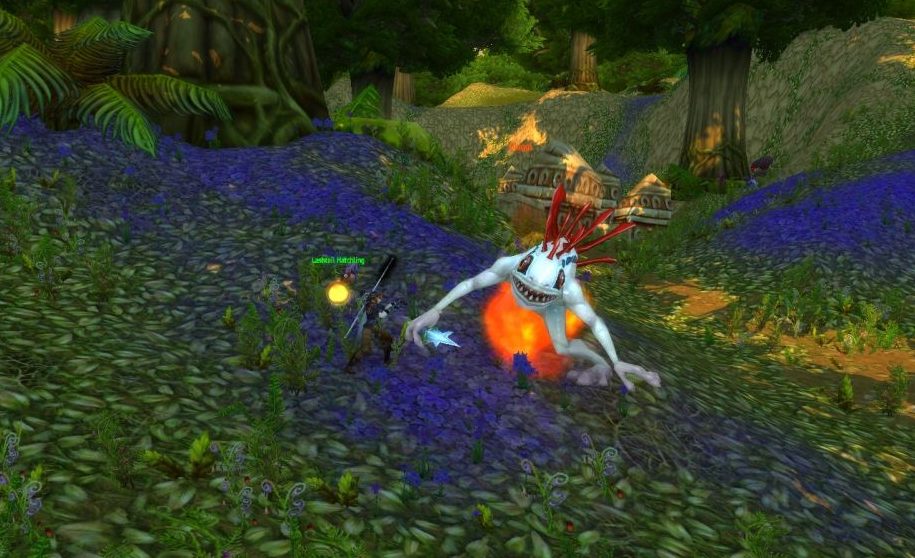 With 2/3 more levels to go before hitting the current level cap of 110, I’ve still quite a ways to go if I want to be Battle for Azeroth ready by 14 August. At this juncture, I’m venturing into Stranglethorn Vale where I still retain many precious memories of being ganked by the Alliance. Now that I’m on the other team, it’s time to pick up some troll scalps! 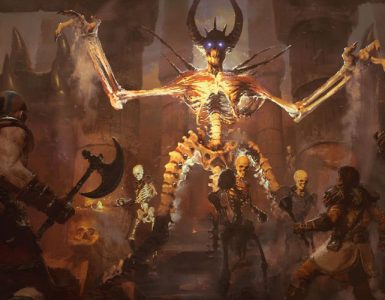