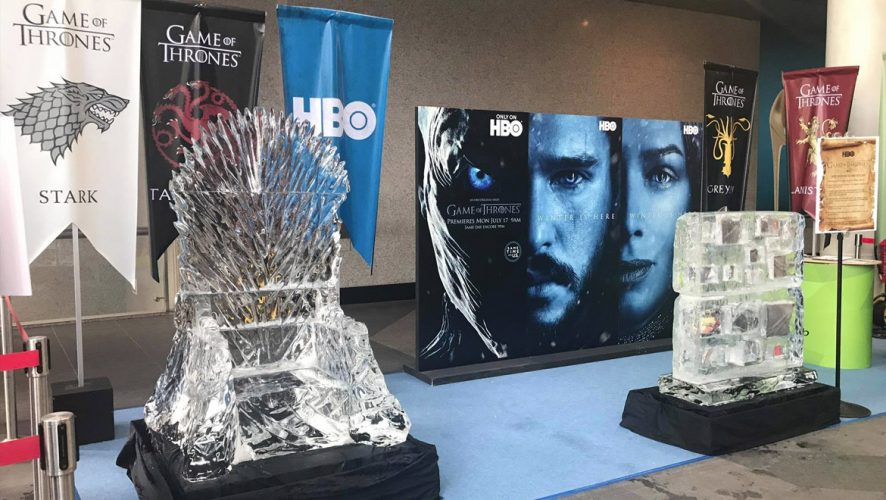 Winter is Coming – Game of Thrones Photo-op with an Ice Sculpted Iron Throne!

As season sixth of the acclaimed HBO series Game of Thrones came to an end last year, fans were already eagerly anticipating season seventh. You would not have to wait for long though, as it will premiere in Asia the same time as the U.S. telecast on Monday, July 17, at 9 am! With only seven episodes this time, we can certainly expect a much more focused and equally exciting season of betrayal, triumphs, and failures.

To help eager fans prepare for the coming of winter, HBO Asia has put together an event to cool your feverish need for more Game of Thrones. Fans will be able to get themselves a cool photo with both a life-sized ice sculpture of the Iron Throne itself, as well as the legendary Iron Throne on June 29 and 30 respectively. A few iconic characters from the show will also be milling around. Those after limited edition premiums can also stand a chance to obtain these treasure that will be frozen in ice!

If you miss these first two dates, fret not, as there will be yet another similar event held on July 15 (ice sculpture) and July 16 (actual Iron Throne). Furthermore, adorn your skin of Game of Thrones airbrush tattoos!

Do not miss out on snapping a once-in-a-lifetime photo before catching the season premiere on July 17! More information can be found on HBO Asia’s Facebook page.

Winter is here in Singapore. Come join us now. #GOT