The recent COVID-19 pandemic has no doubt caused a strain on the livelihoods of many. However, it is also during this period that many game devs and publishers have stepped up to bring quality entertainment to many folks stuck at home.

As it turns out, one of the recent new releases in the past month has been giving a peek into the current situation albeit in a light hearted manner. That, of course, is the Nintendo Switch port for Two Point Hospital by Two Point Studios.

First released in 2018, this charming title first swept the hearts of many fans of classic 1990s sim titles such as Theme Hospital, as well as newcomers who are jumping over from the likes of Overcooked or The Sims . It was only a matter of time before the devs brought it to the Switch.

Having played the port for a few weeks now, it’s become something of a cathartic experience managing a lighthearted version of managing a hospital and its many intricacies. Doctors and patients interact in very over-the-top Sims-esque ways, which is not only entertaining to watch but also reflective of how patients and doctors interact in real life. The main difference is how they get treated, which is always cause for a good chuckle.

For instance, patients with the Lightheaded ailment show up with actual light bulbs for heads, and the only way to treat them in the De-Lux Clinic is by unscrewing the light bulb head for an actual head. Patients who end up dying sometimes turn into ghosts, which is where janitors come in handy as they suck them into their vacuum cleaners in true Ghostbusters fashion. These moments are always hilarious, and witnessing them in handheld mode makes it even more endearing for some reason.

Of course, this in no way trivialises the monumental efforts of those risking their lives on the frontlines, but think of Two Point Hospital as a celebration of their hard work in these trying times.

Like in real life, this game reflects just how stressful managing a hospital can be, but instead it makes it the fun kind of stressful — akin to that of the likes of Overcooked and The Sims, if you get our drift. And it is that kind of stress, coupled with the charming humour, that makes this game truly shine. And of course, it being on the Switch means you never have to put it down, even when you’re in the bathroom.

Despite being a sim game, Two Point Hospital actually functions quite well on the Switch (and by extension, its PS4 and Xbox One console counterparts). In actual fact, if you’re jumping over from the PC version, it plays pretty much the same, which is always a good thing.

Navigating the various menus don’t feel too padded out, and give users just enough time to react to various situations happening at the same time. Maneuvering the camera across the hospital using the two analogue sticks doesn’t feel too slow (though you can adjust the analogue sensitivity in the settings), and accessing menus through the press of a single button feels streamlined and satisfying.

Like the original, being able to pause the game, speed it up or slow it down is crucial in managing a hospital successfully, and Two Point Studios managed to implement it to the Switch controls quite well, having only need to click either of the analogue sticks to do so.

While managing your staff and the hospital grounds itself are part and parcel of the fun, perhaps what might limit your experience on the game is the Switch’s small screen. Like many ports of PC games, Two Point Hospital also suffers from cramming its entire UI into the rather tiny frame of the Switch, especially on handheld mode.

Fonts can get a little too small to see at times, but identifying staff members or patients can be much more of a headache even when pausing and clicking on them. Menus can get a little congested at times, especially when trying to examine the most intricate of details in your hospital. Thankfully, there’s always docked mode, which instantly makes the game much easier to appreciate, which then again highlights the handy nature of the Switch’s ability to seamlessly swap between modes. As such, it gets even harder to put down your Switch while frantically trying to maintain the upkeep on your hospital.

All in all, Two Point Hospital is an excellent way to spend your leisure time while on quarantine. It’s really easy to pick up, super lighthearted and cute in tone, and again makes one appreciate the efforts of our real-life heroes in the healthcare industry by sharing a good laugh. 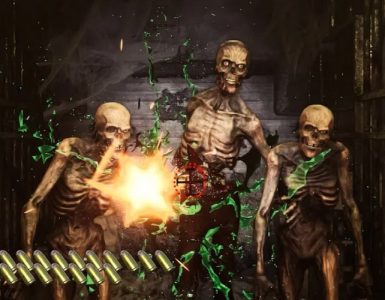 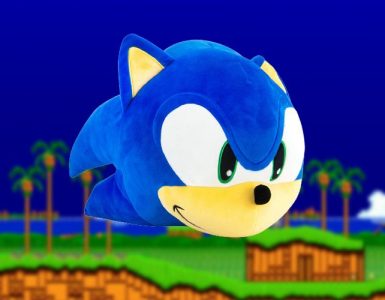 No need for a body when there's Sonic head supremacy.