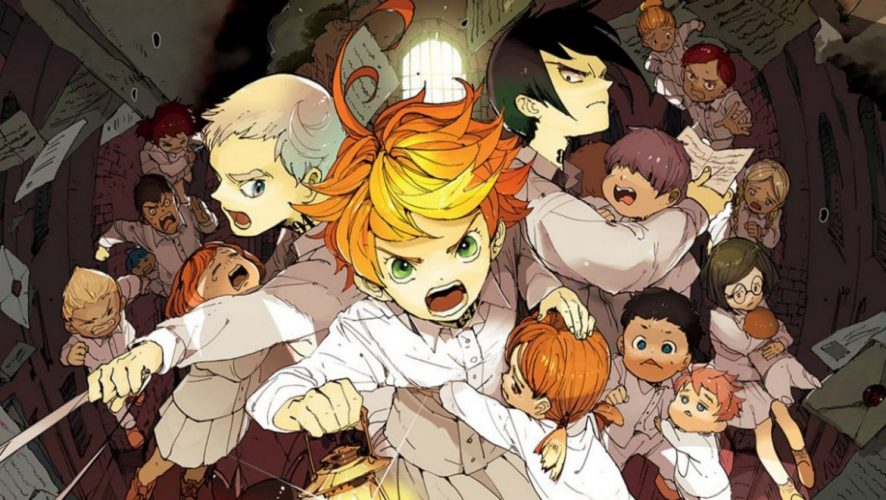 Top 5 New Anime From The Winter 2019 Season To Watch

It seems like everyone is jumping aboard the figurative sequel, prequel, reboot, and remake train nowadays.

Be it movies, with the highly anticipated Avengers: End Game coming out real soon and Disney’s many live-action remakes, to television dramas, with classics such as Charmed getting a reboot which premiered in 2018. Anime is no exception, with the remake of Devilman Crybaby which made its debut in 2018 and the many sequels that are still currently showing such as Mob Psycho.

We know it can be daunting to start on a series that has been going on for quite a while, and thankfully each new season (Yes, animation studios in Japan release their works in seasons: Spring, Summer, Autumn, Winter) brings us several brand new anime to watch.

Thus, if you are looking for a brand new anime series to catch from the Winter 2019 releases, here are our picks for you.

The Promised Neverland takes place in 2045, and centres around three young orphans Emma, Ray, and Norman. The three live happily in an orphanage managed by their benevolent “mother” Isabelle. Aside from a litany of daily tests they have to take, the orphans living in the orphanage are allowed an incredible amount of freedom to do whatever they want. That is, except venturing outside of the orphanage’s compounds.

Every child in the orphanage is guaranteed to be sent to a foster family, sooner or later, but definitely before they hit the tender age of twelve. Emma, being eleven and the top-ranked in her class from all the tests she’s taken, knows that she’ll be next to leave. However, after secretly sneaking out of the orphanage in hopes of sending a friend off, Emma witnesses something she should not have and finally understand the kind of “foster family” the kids were raised to be sent to.

The Promised Neverland is a horror mystery series, originally a manga series written by Shirai Kaiu and drawn by Demizu Posuka, that got adapted into an anime series by Studio Cloverworks (Darling in the Franxx, Persona 5: The Animation). It first aired on January 11, 2019 and will run for twelve episodes. Currently, only six episodes have aired.

Moving away from the realm of human-eating monsters, we have here an anime about two young high school students, Student Council President Shirogane Miyuki and Vice-President Shinomiya Kaguya, that both have a huge crush on each other. The caveat though is that both of them have such a high sense of pride that both refuse to be the first one to confess, as according to them the first person to confess loses. Thus, a war of sorts ensues with each of them trying to trick the other into confessing first.

For those who are tired of the standard shoujo romance animes out there, Kaguya-Sama: Love is War offers a fresh take on the rom-com genre in anime with its premise. The manga series was written and drawn by Aka Akasaka and was adapted into an anime series by A-1 Pictures (Fate/Apocrypha, Your Lie in April), it premiered on January 12, 2019. The anime series will run for 12 episodes, and has released six episodes thus far. A live action movie is scheduled to be released in September 2019.

The Rising of The Shield Hero

Isekais are undoubtedly a popular genre in anime and manga, who would not want to read about smart, and plucky protagonists bring transported into different, and often magical, worlds. Last season we had an anime about a man that got transported into a fantasy world as an adorable ball of slime.

This time, we have our protagonist Naofumi Iwatani who got mysteriously summoned into another world along with several others to serve as the world’s heroes. However, unlike the other heroes who got offensive weapons such as a bow or sword, Naofumi instead got a defensive weapon, a shield, thus making him the Hero of the Shield.

As you can imagine, a hero brandishing nothing but a shield is not looked favourably upon in the fantasy world and after a series of ups and downs in the start, Naofumi embarks on a journey to protect the world he found himself in whilst dealing with enemies out to get them.

The Rising of the Shield Hero was originally a web novel by Yusagi Aneko, which then got adapted into a manga and on July 7, 2017, it was announced that it will be receiving an anime adaptation by Kinema Citrus (Made in Abyss, Black Bullet). The anime premiered on January 9, 2019 and will run for 25 episodes. Currently, only 7 episodes have been released.

Based on a series of light novels of the same name by Kouhei Kadono, Boogiepop And Others follows five students at Shinyo Academy as they try to piece together the puzzle of a new drug and recent disappearances among the student population. While their teachers are sceptical and dismiss the students who disappeared as mere runaways, there is a rumour floating around the female students of an urban legend called the Boogiepop, who is said to be a death god.

While adapted from the same series of novels, Boogiepop and Others is completely unrelated narratively to another anime adaptation of the Boogiepop novels – Boogiepop Phantom. Hence you will not need to watch that to be able to understand what goes on in this 2019 adaptation.

If you are the sort to like a more character-driven anime as compared to one that focuses solely on its plot, and are also a fan of mystery and horror, then Boogiepop and Others is the series for you. The series is produced by Madhouse (Death Note, One Punch Man)and premiered on January 14, 2019. It will run for 18 episodes and as of now, only eight episodes have aired.

My Roommate is a Cat

This one is for all the cat lovers out there.

Mikazuki Subaru is a reclusive novelist who likes to lock himself in his room and write all day to avoid interacting with people. This is even done to the extent where he foregoes eating just to write. On the other hand, Haru is a street cat, who survives each day by scavenging for food. One day she walks into food laid out on the family grave of Mikazuki’s family.

Cue a fated meeting between the two and moments later Mikazuki and Haru find themselves unlikely roommates. As the series progresses, Mikazuki slowly learns to interact more with the people around him, and Haru learns to adapt to being taken care of by a human, while realising there are moments where she needs to care for her human.

My Roommate is a Cat is based on a manga series written by Minatsuki and drawn by As Futatsuya. It got adapted into an anime series by Zero-G (Grand Blue) and premiered on January 9, 2019, and will run for 12 episodes. It currently has aired seven out of the twelve episodes.