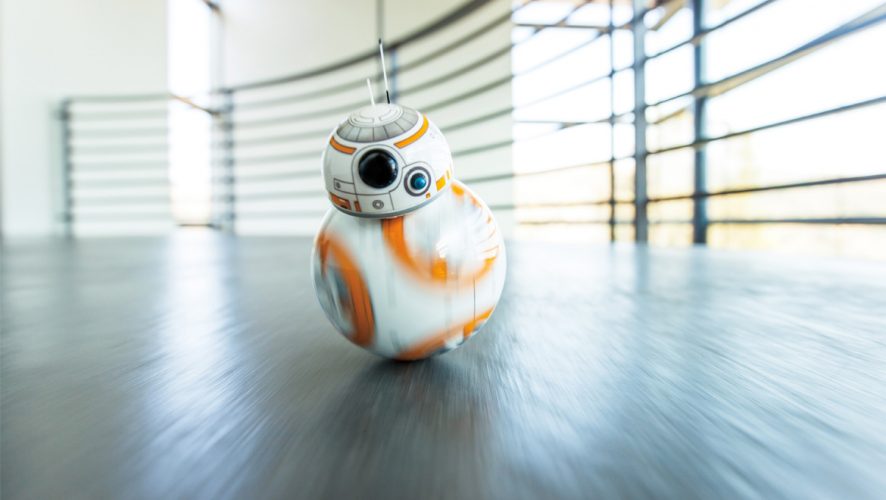 Star Wars fans worldwide went on a toy buying frenzy starting from midnight today, with the launch of #ForceFriday. I decided to partake in the festivities and headed down to my first-ever midnight toy shopping spree. So here’s my personal list of TOP 5 MUST GET Star Wars: The Force Awakens toys:

The front is looking rather thin but this is a must buy if you’ve not been able to grab hold of the older Falcons. Or, it could just be the starting point for you to work up to the UCS set. Oh, and it has interiors too + old man Han Solo and BB-8 droid minifigs!

This set retails for S$299.90. Or, there’s always the Amazon.com route @ US$149. The only problem is, it doesn’t ship to Singapore, so you’d have to use services like Airfrov (What is Airfrov?) 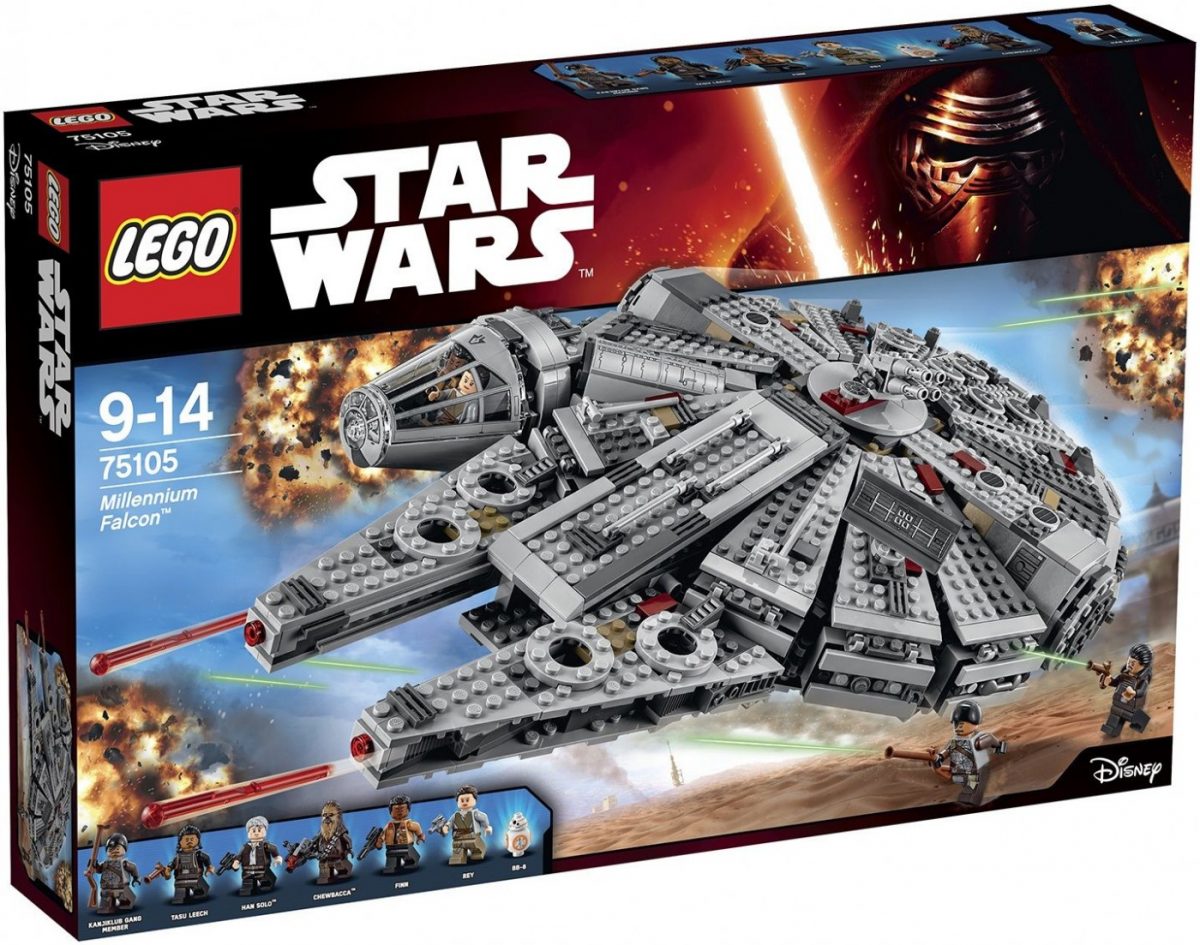 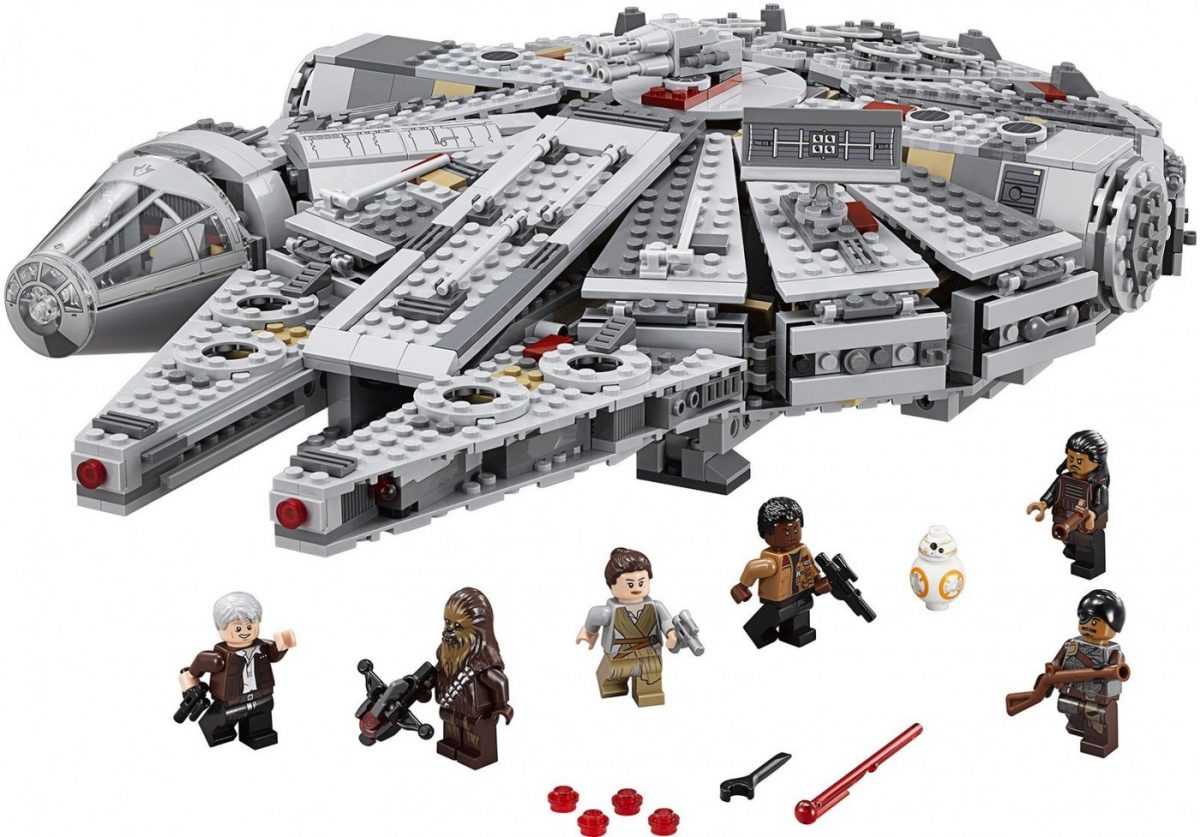 This is clearly the hottest lightsaber amongst fans. All available stocks were snapped up within minutes of the launch, despite is S$399.90 price tag. Looks like fans are all going ga ga over a broadsword-inspired crossguard lightsaber. I was tempted to settle for the cheaper Lightsaber Builders S$69.90 version though.

But then again, if you’re desperate enough for it, it’s going for way cheaper via Amazon.com @ US$199.99. The same problem applies to this one, it doesn’t ship to Singapore too, so you’d have to use services like Airfrov (What is Airfrov?)

Everyone loves those Funko POP! Vinyl figures. No word yet on when the Episode VII range will be released in stores. So technically these aren’t exactly Force Friday toys, but they made the list simply because they’re going to be crazily sought after. I’m pretty sure local store Simply Toys will get first dibs. So better keep a close watch! I’ll be setting my sights on the Kylo Ren and BB-8 figures.

[UPDATE: 9 SEP] Amazon has started selling them with FREE shipping to Singapore! Starting from US$9.99, go for it! 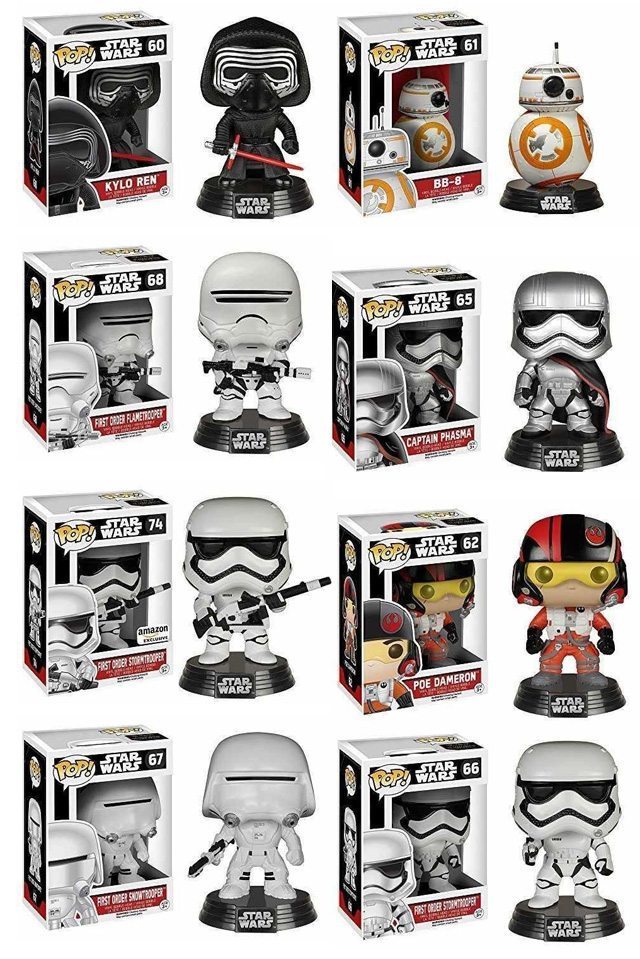 Didn’t we all wish we could have an officially licensed Millennium Falcon drone? Air Hogs has granted us that wish, with a quad copter drone made from high-density foam, featuring lights on the front and back thrusters, with MF sound effects. It can hover and fly in any direction, and looks to be quite a hardy build that could take some serious beating. It runs on a 2.4GHz communication, so you can control the MF up to 200 feet away!

I have yet to spot this at local stores but it would probably be in the S$160+ price range, since it retails at US$109.99 on Amazon.com. Sadly, it doesn’t ship to Singapore too, so you’d have to use services like Airfrov (What is Airfrov?) 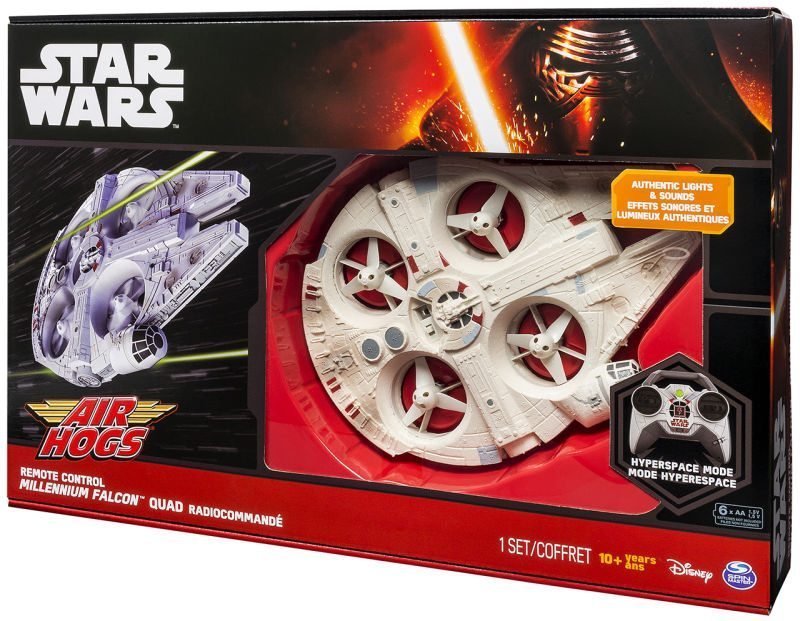 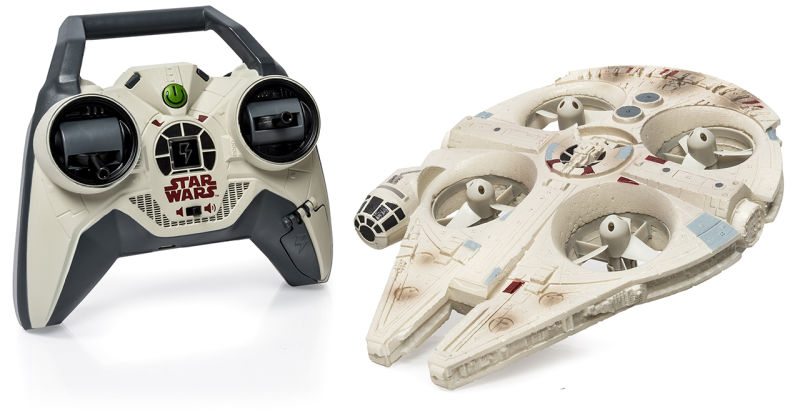 As if a MF drone isn’t enough, Air Hogs also released a remote-controlled X-Wing that’s light and features a pair of fans in the turbine engine that lets it fly! This one retails for US$69.99. 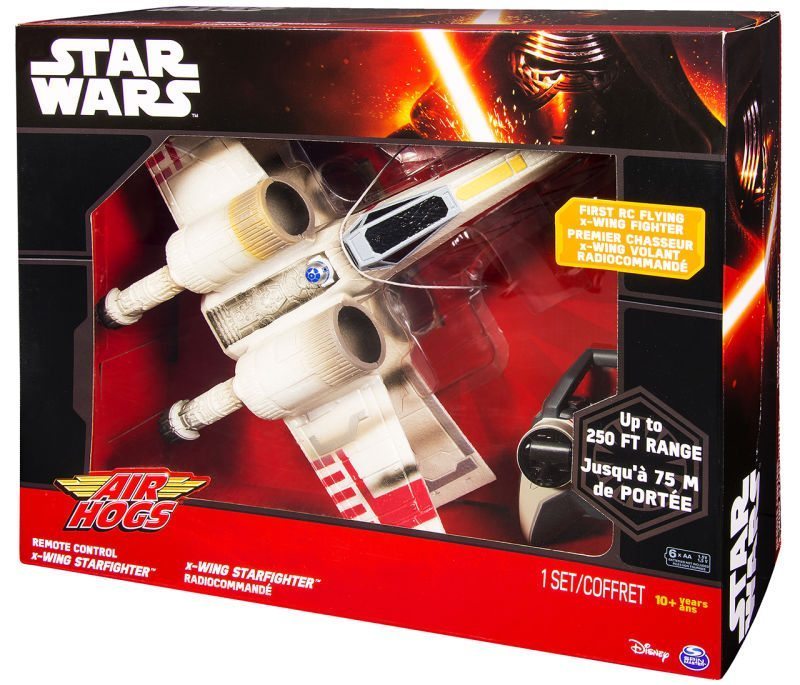 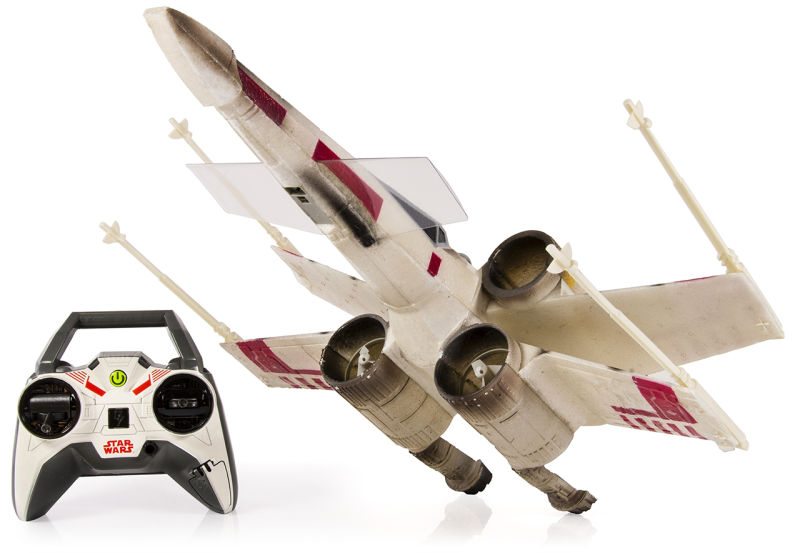 This is possibly the hottest toy of the year, and doesn’t come cheap, at a hefty  S$249.90 (the price already went up since the first batch got sold out within hours), exclusively at Toys ‘R’ Us stores in Singapore. Now you can own your own mini BB-8 droid by Sphero. Control the mini BB-8 with your iOS or Android device, give him voice commands, send him on an automated patrol mode, and even record your own holographic message for the BB-8 to playback via the app’s augmented reality function. A full three hours charge can give it one full hour of play time, and charging is a breeze via the wireless induction charging station (included). Oh, its body is waterproof and head is water resistant too!

If you can wait, Amazon.com will be re-stocking soon, and you can order it NOW first, at just US$149.99. Best of all, it qualifies for FREE International Shipping! That amounts to approximately S$215 only! Make haste and order now! 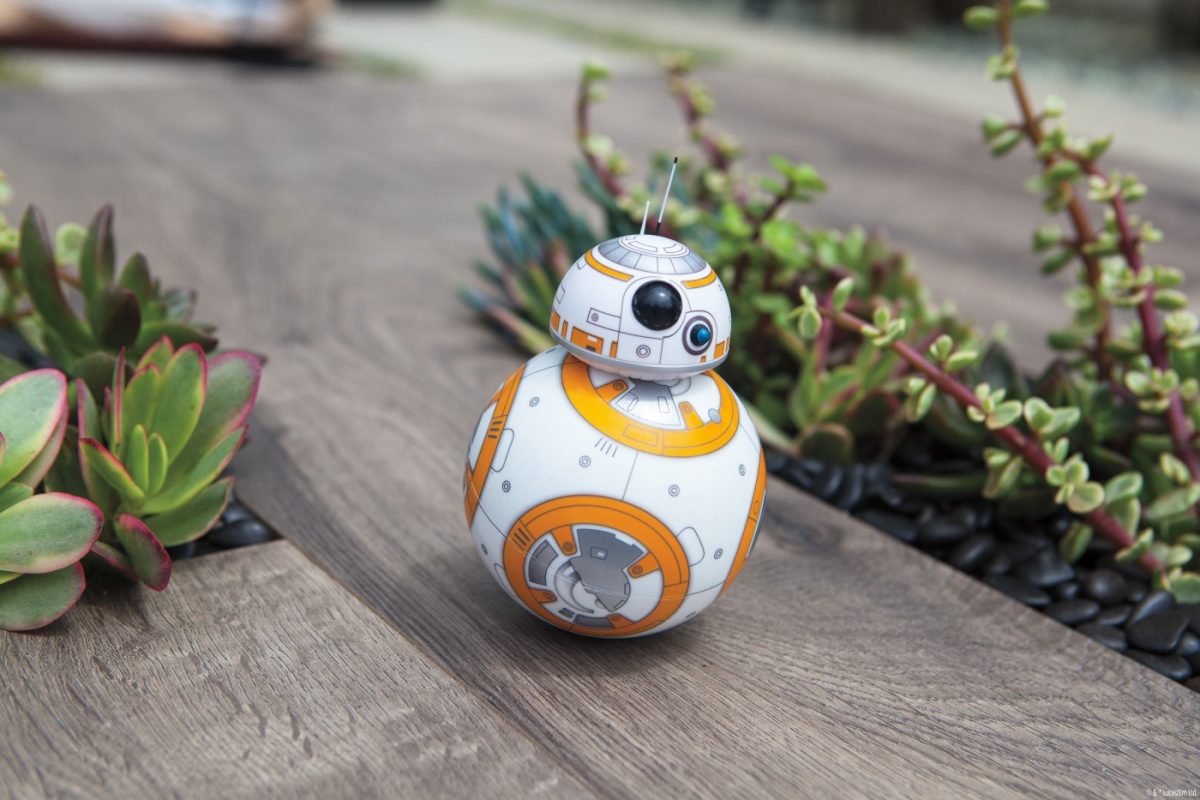 Not convinced? Watch this trailer:

This isn’t part of the list, but its way too geek worthy not to include in. So if you have a kid, you’ll definitely want to get him/her one of these Millennium Falcon beds from Pottery Barn! It’s selling at a whopping US$3,999. Now I just need to figure out how to ship it here… 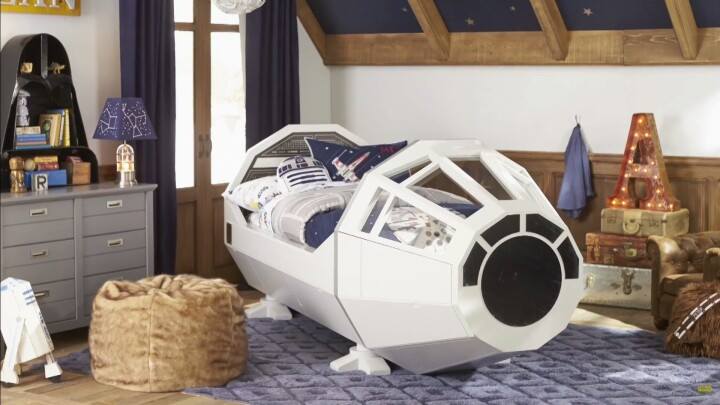 Airfrov is a Singapore-based peer-to-peer platform to get overseas items from travellers. It enable shoppers to tap on the burgeoning travellers network to get their favourite brands and unique items, from all over the world.

It works with 2 simple steps:

Sounds good? Use this code “GEEKC” when you sign up for a free Airfrov account, and receive an instant S$10 credit on the house (valid for first 50 signups only)! Subsequent signups will enjoy S$5 credit.