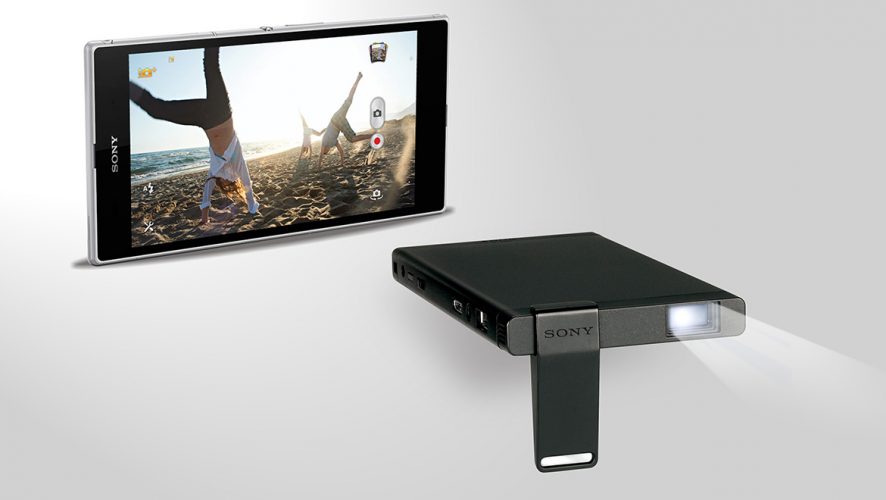 When we first revealed Sony’s upcoming mobile projector early last month, geeks went nuts over it. Now we’ve received the full lowdown on the new device, and it has a name now – MP-CL1.

Read our geek review for the MP-CL1 here!

The handheld projector uses a laser light source to deliver HD resolution images (1920 x 720) with high contrast (80,000:1) for accurate colour rendition. The short-throw, pocket-sized mobile projector can display a screen size of up to 120 inches at a distance of 3.45 metres. Along with a built-in speaker, the MP-CL1 is suitable for both home and mobile entertainment, business presentations, console gaming, as well as for the display of content from smartphones or tablets.

Despite its diminutive size, the MP-CL1 has a number of connection options. Besides connecting to a source via HDMI, it is able to interface with a smartphone or tablet device via MHL, allowing unprecedented connectivity for work and play. At the same time, its built-in Screen Mirroring function allows you to wirelessly mirror content from a smartphone, tablet device or PC via Wi-Fi.

Using Sony’s Laser Beam Scanning technology, this processing system allows the MP-CL1 to project images at HD resolution and enables focus-free projection as well as seamless viewing, even on uneven surfaces! With the addition of auto focus, the projector can keep constant, uninterrupted focus at various distances without the need for manual adjustments. Thanks to the LBS, images projected will not have residual lag, including videos with action scenes. The unit also provides manual Key Stone Correction to maintain screen uniformity, both vertically and horizontally, despite angled surfaces.

This extremely portable device has an aluminum body with a matte finish. It features a built-in 3400mAh battery that allows up to 120 minutes of HD resolution playback. The MP-CL1 also includes a HDMI to Mini-HDMI adapter, Micro-USB cable and a detachable two-way stand.

The MP-CL1 mobile projector will be available in Singapore at selected Sony authorised dealers from October 2015 onwards.