Cadillac’s latest Super Bowl ad for their All-Electric Cadillac LYRIQ has got the internet going crazy.

After 21 years, the car brand is bringing back pop-culture icon Edward Scissorhands’ back to the screen with Dune star Timothée Chalamet playing the icon’s son, Edgar Scissorhands. Reprising her role as Kim in the short commercial is none other than the beloved Winona Ryder.

Edward Scissorhands is a popular fantasy-romance film by Tim Burton that sees protagonist Edward with scissors as hands. Starring Johnny Depp and Winona Ryder, the film has developed a cult following and still has quite a hold on the internet given how gaga audience was for the Super Bowl advertisement.

Following a similar premise, Edgar has scissors for hands and is shunned out from society for being different and can’t do everyday menial tasks due to how sharp his hands are. The poor teen can’t even get on a bus to go to school. Seeing her son struggle, Kim then gets him a Cadillac LYRIQ, an all-electric self-driving car that can take the teen wherever he wants to – finally something his hands can’t damage!

Whether you’re here for the car or are a fan of the film, one thing is for sure – this Super Bowl ad is one for the books.

The signature hat stays on. 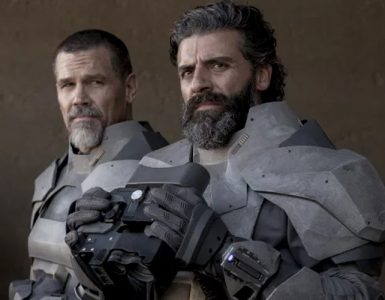 Dune's got the spice.

The best news to start out the week.