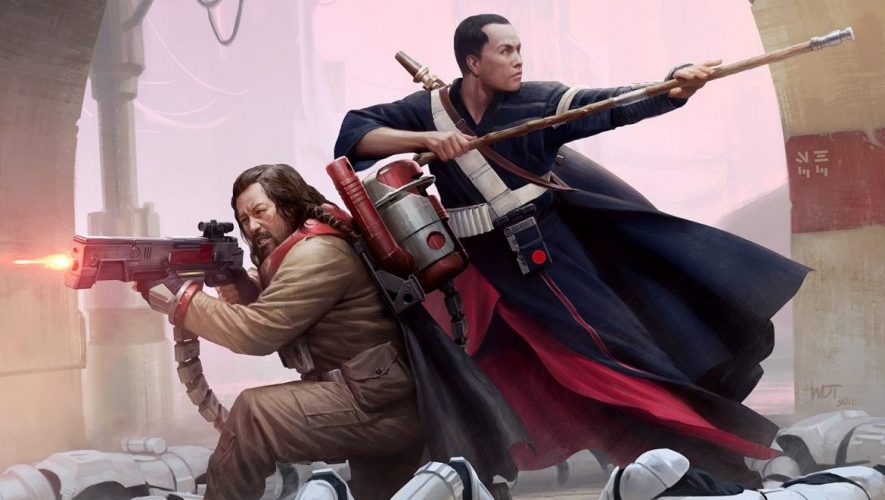 A long time ago, in a galaxy far, far away, some artwork for the Star Wars Universe was found to originate from a Little Red Dot.

Darren Tan is a digital artist from Singapore who creates magnificent art pieces for official Star Wars products such as novels, visual guides and games. Granted, his name isn’t that well known but you would have seen his work before. He recently created several pieces inspired by the latest Rogue One movie, including the cover page here, featuring Donnie Yen’s character, Chirrut Imwe, as well as Baze Malbus defeating some stormtroopers. Darren also recently created another art piece featuring the U-wing in combat, which was used by the X-Wing Miniatures game.

Geek Culture interviews this fellow geek about his passion for creating these art. As a big Star Wars fan, Darren started out by drawing Star Wars when he was a kid. His notebooks were filled with images of X-Wings, TIE Fighters and all the other ships from the movies and games. It was the process of creating Star Wars art that exposed him to the world of special effects and 3D animation, and inspired him to to pursue further studies in computer animation.

During this time, he discovered digital painting and found that he enjoyed it, and so he sharpened his skills in this area. He was so good at it it that after a brief stint in 3D animation, he quickly found employment with Imaginary Friends Studios. From there, he got his chance to create official Star Wars art for clients such as Sony Online Entertainment, Del Rey Publishing and later Fantasy Flight Games. Below are some of the Official Star Wars Products using Darren’s art, including 2 books which contain his art inside.

Darren has also been showcasing his works at events such as Singapore Toys Games Comic Convention (STGCC) and Shanghai Comic Con, and has used these opportunities to exhibit himself and his artwork to the public.

“Even though my artwork has featured on many Star Wars products, and can be found on the Internet, people do not usually know who was the artist who had created these art,” he noted. 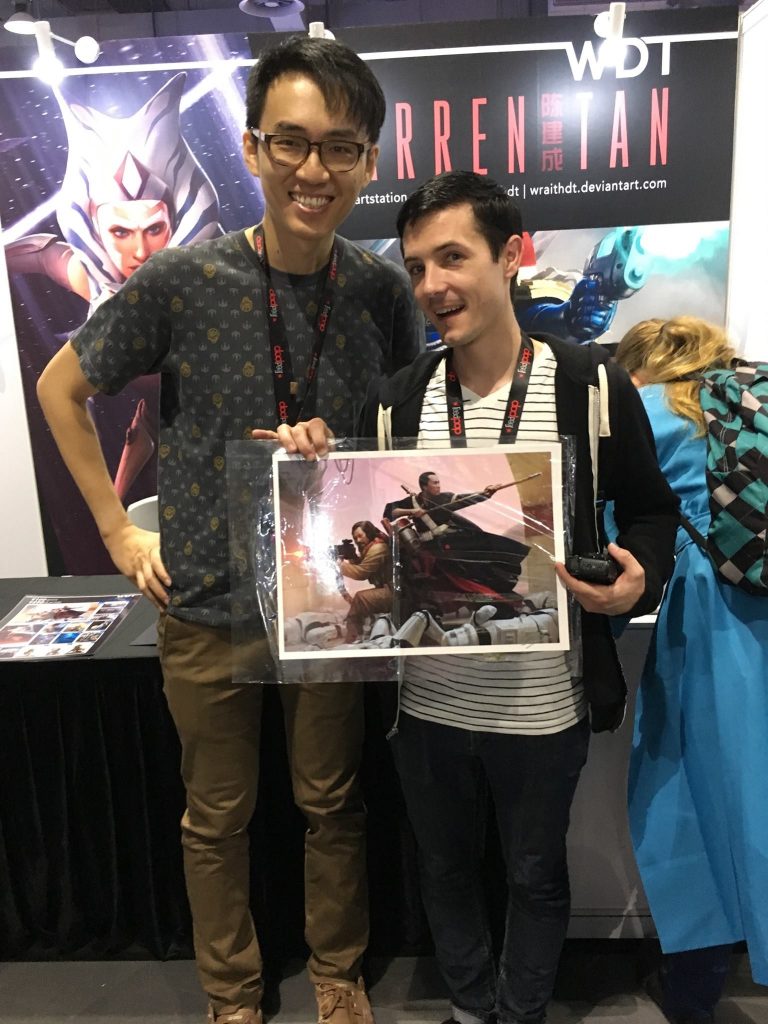 At these events, he meets with his fans and fellow artists, while expanding his networks. He had even met Matt Martin, from the Lucasfilm Story Group, who recently visited his booth at Shanghai Comic Con.

The vast Star Wars universe and the amazing stories from the movies, books and comics continue to inspire Darren, to create more art for Star Wars. Sometimes, even listening to John William’s iconic score, and appreciating the works of other Star Wars artists, spur him on to create even more awesome Star Wars art.

Darren is also one of the few artists who have had created art for all three Star Wars Eras – The Old Republic, Classic Trilogy and from Episode VII onwards). When creating the art, he researches references within the Star Wars timeline, for a particular artwork or scene, and finds appropriate inspirations. If no references exists, he gets the opportunity to have the creative freedom to make up his own designs.

Alas, these opportunities are few and far between, as the Star Wars Universe is already well documented, even the ones based on the current Disney-fied timeline. With regards to the technology and fashion in the Star Wars universe, there are actually very few deferring features between the different eras, so Darren is actually able to design characters or objects to be used safely in whichever era, and still fit in.

As technological progression in the Star Wars Universe moves very slowly, the only prerequisite is that objects and characters have to look Star Wars, which means it has to look used and somewhat old, but at the same time retaining a “funky cool” aesthetic to its design. This is so the Star Wars Universe is not as seen as a representation of a futuristic sci-fi world, but more of a reflection of a historical period.

It also takes a lot of effort and research for Darren to complete an art piece, which itself can take from at least five days. Before starting an art piece, Darren would collect reference material, and spend at least a day sketching. This initial process might take up to 2 days, depending on the size and complexity of the project.

This is then followed by color blocking, which may take an additional 1  to 2 days, and again, the more complex the piece, the more days it will take. Finally detailing and adding finishing touches usually takes at least another 3 days.

One of Darren’s favorite artwork he has created is a scene taken from the old Star Wars Legends Darksaber novel (shown above). The piece features Admiral Daala gassing a room full of Imperial warlords. It was a fun scene to paint, as Darren was able to create many facial expressions of the Imperial warlords choking to death, as Daala and Captain Pellaeon look on.

Darren plans to create more Star Wars fan art in the future. Even though he has done a lot of Star Wars art before, they’re mostly for clients. Besides creating Star Wars art, he is also working on finding more ways to use his artistic talents in a positive manner, to support his growing family, and for him create his very own IP. You can follow check out more of Darren’s Art on his Artstation, or get the latest updates of his latest works through his Facebook page.