Last month, we had the privilege to fly up to Hong Kong for a media junket for Rogue One: A Star Wars Story, where we caught up with Hong Kong action superstar Donnie Yen for an exclusive 1:1 interview.

The 53 year old, who stars as the blind spiritual warrior monk, Chirrut Îmwe, let slip that he was going to be in a Star Wars movie back in 2015, way before news of Rogue One was announced by The House Of Mouse. We were one of the few outlets to break the news then, and it was fitting that things have come full circle with this interview.

We asked him about how he got involved in Star Wars, and how it felt to represent the Asian community in such a project. He also shared more about his character, and his reason for going up against the Empire (It might have to do with his 2 kids).

But of course, being Donnie Yen, we had to ask him the question of whether Chirrut can take on 10 Stormtroopers.

For the uninitiated, one of Donnie’s most iconic roles is that of Wing Chun Grandmaster Ip Man, and in that 2008 film, he took on 10 martial arts experts. Check it out here:

Now that you’re all caught up, be sure to watch our exclusive video at the top to find out his answer.

After the interview, we even presented him a specially handcrafted geek present (off camera, sorry folks!). It was then that we used our carefully honed Jedi Mind Trick on him, to get him to open it up, and tell us that he liked it. And it worked.

Special thanks to our fellow geek friends at tech360.tv for the video production! 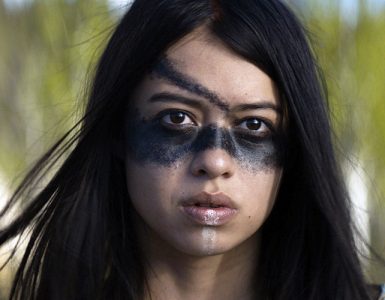