A ranged combatant, she adopts a more hit-and-run style of ranged gameplay, laying traps that deal damage-over-time to enemies, summoning woodland creatures such as dryads to help tank some damage, as well as applying debuffs to set up allied players in co-op play.

Her agile mobility allows her to dart and weave through and away from enemy ranks should she find herself swarmed. For those of you familiar with Diablo 3, it her kit sounds very familiar to that of the Demon Hunter’s.

In any case, for a refresher, the other playable characters include the fighter Konrad Vollen, an Empire Solder; , a High Elf Mage, and Bragi Axebiter, a Dwarf Slayer.

Warhammer: Chaosbane is available for pre-order now, and if you do so, you’ll get access to the private beta that will launch later this April.

Warhammer: Chaosbane officially launches on June 4 for PS4, Xbox One and Steam. 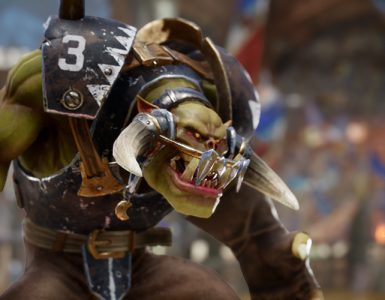 Time to get bloody!