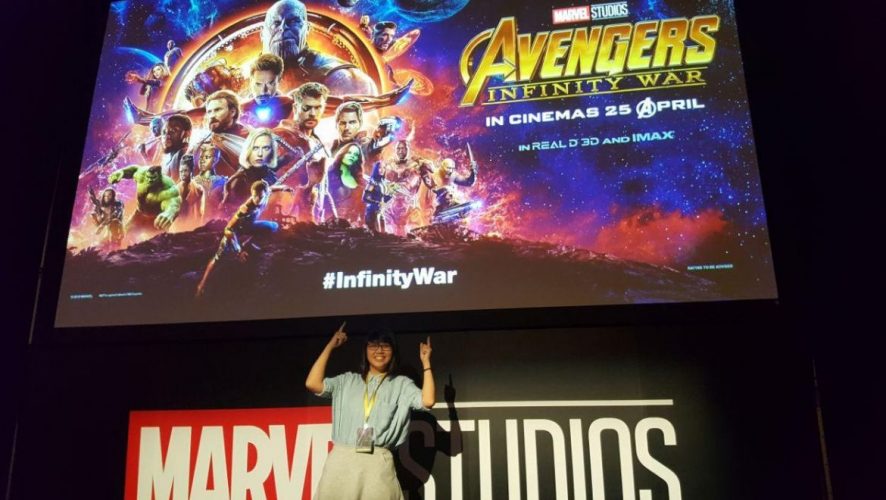 The Internship With Geek Culture That I Never Imagined Getting

I type it in the Google search bar and hit enter. As I scrolled through the results on job sites filled with positions at marketing firms and magazines, something caught my eye – an ad by Geek Culture, seeking a “Geek Padawan / Sith Apprentice”.

What in the world? Hey, I’m a geek, and this was right up my alley.

My interest was piqued; I applied right away. A bit about me – I am a fresh university graduate with a degree in linguistics, and I wanted to learn more about editorial writing, and try my hand at journalism.

I had no portfolio, no prior writing samples, but after a few try-out articles, I got the internship, and safe to say I was pretty interested for what was in store. Here are some of the highlights of my 5-month internship experience at Geek Culture.

By essentially becoming a content creator with Geek Culture, I had the opportunity to attend and cover all sorts of events. Sure, there are the small ones like movie previews (in exchange for writing a review!), or product launches, but there are some I’d never in my life expected I would have the chance to attend. I hit the ground running at the start, literally! During my first week on the job, the very first event I attended was the media preview of the Chinese New Year festivities at Universal Studios Singapore.

Who knew that would involve running after a traditional dragon dance as it circled its way around the theme park! Huffing and puffing as we chased the dragon past Transformers and Sesame Street, I knew this was going to be no ordinary internship. 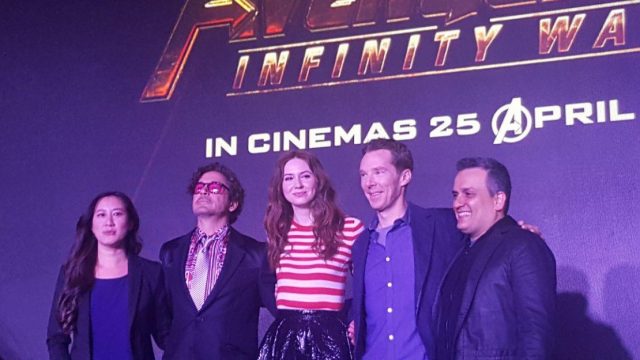 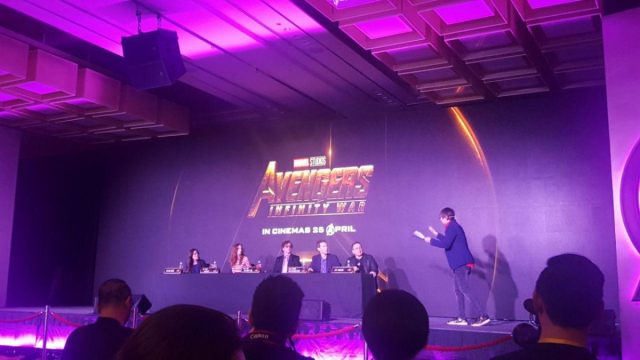 And how about the Avengers: Infinity War press conference in Singapore? Yep, seeing Robert Downey Jr., Benedict Cumberbatch and Karen Gillan in person was pretty surreal, especially since I’ve loved watching them in Sherlock and Doctor Who for years.

My friends and family couldn’t believe that I got to do these things, amazed that just an intern would be assigned to cover the Avengers. There was a fair share of envy, but plenty of excitement for how lucky I was that this was part of my job.

Then, the editors asked me – How would I like to go to Japan, for a junket?

So off I went to Tokyo, Japan in April 2018 to interview the cast of Netflix’s Lost in Space, followed by another trip to Taipei, Taiwan in June 2018 to cover the Ant-Man and the Wasp Asia premiere, where interviewing Paul Rudd and Evangeline Lilly was a blast. It was crazy nerve-wracking at first. I’m not really the outgoing type (read: awkward introverted nerd) and suddenly I had to be in front of a camera, and talk to celebrities?!

For the one-on-one Lost in Space cast interviews, the crazy editors actually wanted me to be on camera, and to do something different. I thought, since the cast would be having a long day fielding interviews, I wanted to try something fun with them! So I came up with a quiz about robots (since the Robot is a significant character in the show), and it paid off as their faces lit up and things got competitive in the quiz, which made for a great video.

I assumed that the Singapore media would conduct themselves with professionalism, or at the very least, some dignity when asking questions to stars, but at the Avengers: Infinity War press conference, that was not the case.

So many of them, recognisable radio DJs and TV hosts, ended up fawning over the Avengers stars, yapping on about their personal childhood stories and love for Marvel, and even asking questions that risked spoilers, which seemed ridiculously inappropriate. 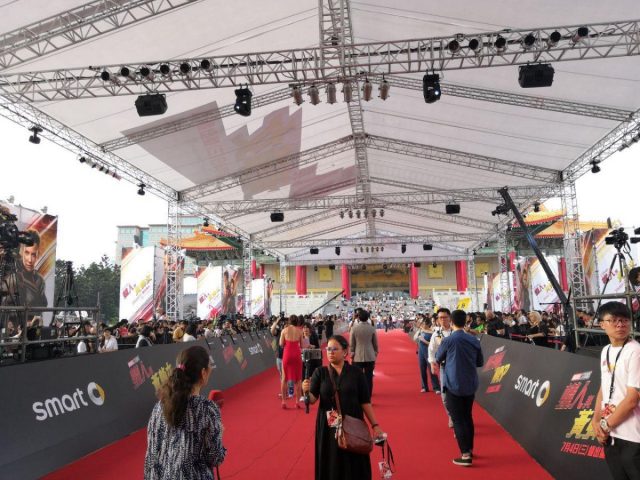 Even so, I felt like a fish out of water, but although it was intimidating, each subsequent event I attended got easier, as I became more familiar with what I needed to do, and more comfortable with the whole format.

A lot of that can be credited to the guidance I received throughout these events, from advice on how to find an angle and better structure my coverage articles, to tips on what to do in my video interview and how to present myself. While nervous and inexperienced, I went into these interviews and encounters with a good idea of what to expect, and as a result got so much out of these experiences.

It’s not just all press conferences and celebrities, the bulk of events to attend were tech-related. New phones, laptops, TVs, you name it. Here is where I faced some difficulties, since I don’t own a camera and I wasn’t great at photography, but good photos of the new products are a must for the coverage. It would have been good if Geek Culture had a camera to loan, especially since photos are so important for articles.

The basic day-to-day task was writing news articles, or “Geek Bits” as they are called, short pieces on the latest news that ranged from video games to TV shows to technology. It doesn’t matter whether you’re familiar with the subject matter, if there’s news, it’s time for you to research it and write about it.

Apart from that, there’s a whole lot of other things that I wrote. Reviews, interviews, listicles, guides, and opinion pieces. It was daunting at first, since I’ve never written such articles before, but there was plenty of guidance from the folks here, giving advice and editing your work.

Sometimes it almost feels like you’re swamped though, with work to be done getting backed up while more and more keeps piling onto your plate. It can feel like a lot at times, especially with such a small team of writers.

But all that doesn’t mean your interests are cast aside. For me, I love Overwatch, and one of my favourite articles I’ve written is my interview with the Overwatch sound designers, gaining an in-depth look at the behind-the-scenes of a map’s sound design. Plus, I also had a conference call interview with the Overwatch lead developers, and it’s not every day where you get to chat with the people who created your favourite game!

I’ve reviewed games, phones, movies, earphones, toys, the list goes on, and of course, reviewing them means getting the chance to use, play, and watch all these awesome stuff for free! All part of the job and before anyone else in the world.

Looking back now at my first few articles, I noticed my writing has definitely improved. It has gotten faster, a lot less stiff, plus having to sit down and churn out articles, and seeing that I was capable of producing good work has given me more confidence in my writing abilities. The Geek Culture office is a great space, and it’s how you’d imagine a geeky office to be like. Display cabinets packed with figurines and merch, rows of tables lined with PCs, working around chill people who are just as into games and all things geeky like you are. Oh, and Chloe, the cat. 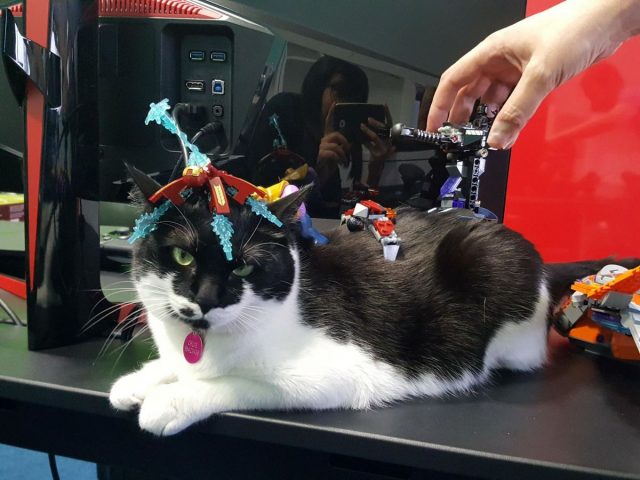 Yes, there’s a cat in the office, and it’s a bonus for cat-lovers like me. Chloe loves sitting on warm laptops, meowing incessantly when she’s hungry, and she is friendly, playful, and very cute. It’s just nice sometimes to take a break from writing to rest your eyes, and play with a cat!

All in all, I really enjoyed my time at Geek Culture. Sure, I have a portfolio and better writing skills (and loads of cat photos), but I’ve also gained new friends, and incredible, fun experiences that have made me feel proud of the geek that I am. 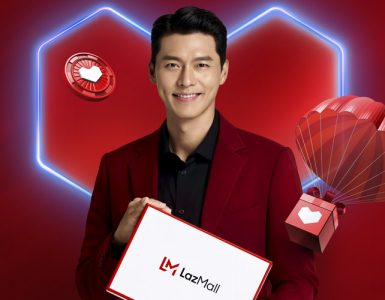