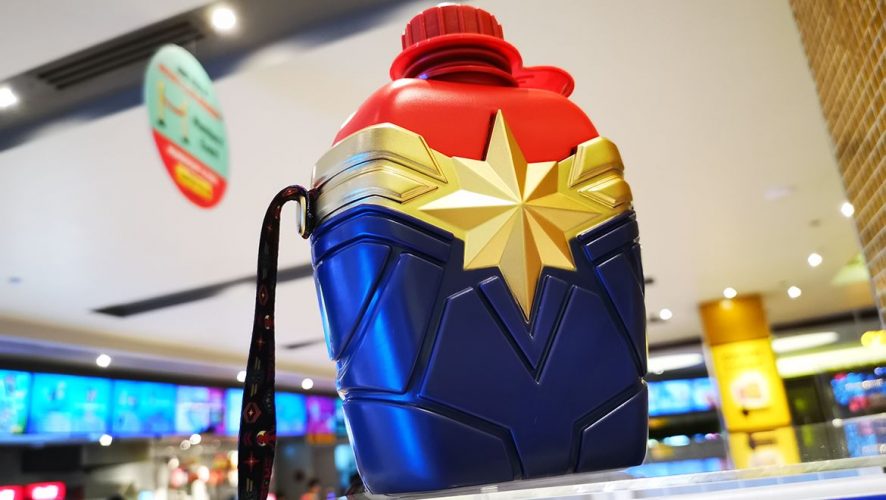 It’s only seven more days till the release of Marvel Studios’ Captain Marvel in cinemas across Singapore and what better way to watch it then by drinking straight out of a Captain Marvel water bottle, fashioned after military canteen bottles.

Prices start from S$13.50 for a Large Popcorn and a Regular Drink and an additional dollar for the other combos, which is actually a pretty spiffy deal! 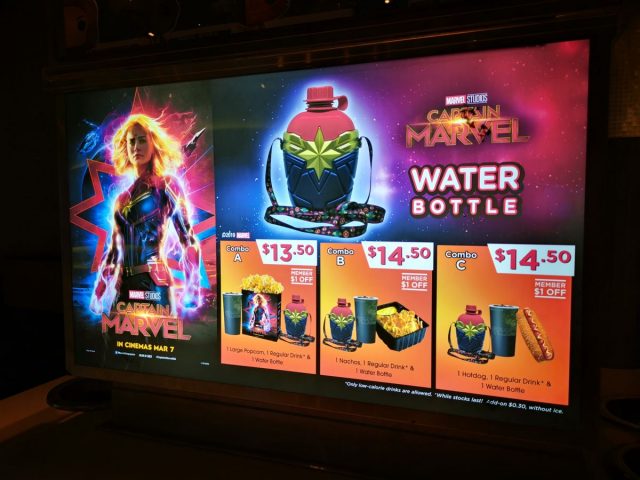 Captain Marvel will be arriving in theatres on March 7, 2019.