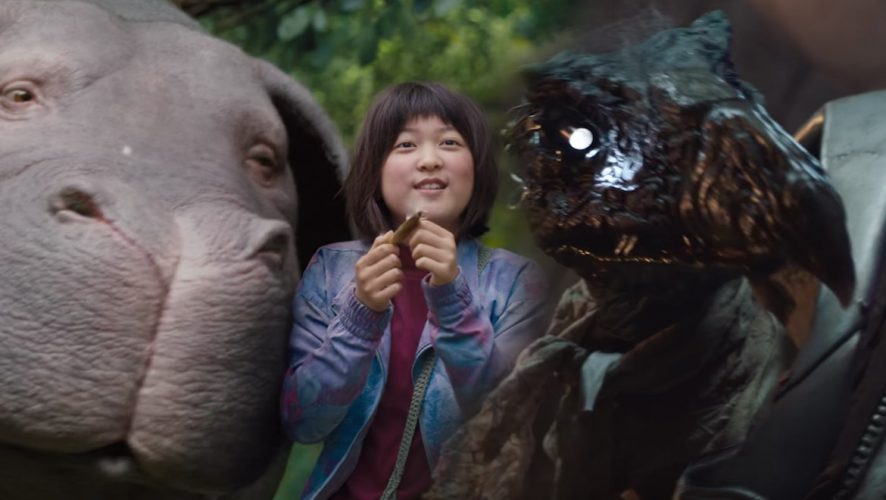 The Dark Crystal Prequel Series and Okja are heading to Netflix!

Free-to-air television used to be the norm, then came Pay-TV, with the likes of Starhub and SingTel offering cable channels that consumers could pick and choose from. As the rush for subscriptions and views reached a tipping point, there is no doubt that the cable scene has stagnated. Thankfully, Netflix came to the rescue in 2016, bringing in a wealth of content previously accessible only through VPN or piracy.

Together with Amazon Video, Netflix is pushing out fresh ideas faster than traditional cable channels can, much to the benefits of subscribers.

One such Netflix Original that will be available worldwide on June 28 is Okja. Director Bong Joon Ho’s latest film after Snowpiercer and The Host tells the story of Mija (An Seo Hyun) and her giant companion – the creature known as Okja, a relationship now under threat from Mirando Corporation, the conglomerate run by one Lucy Mirando (Tilda Swinton). Along Mija’s journey to rescue her friend, the many factions vying for control of Okja soon becomes apparent, and her task, more daunting. With a star studded cast featuring the likes of Paul Dano, Byun Heebong, Steven Yeun (The Walking Dead), Lily Collins, Giancarlo Esposito, and Jake Gyllenhaal, Okja might just be the next big thing on your small screen.

If you are a fan of the 1982 film, The Dark Crystal, you will be happy to know that a prequel series is in the works! The Dark Crystal: Age of Resistance is being developed by The Jim Henson Company and will debut on Netflix. Set many years before the film, this fantasy adventure will boasts an array of “state-of-the-art creatures created by Jim Henson’s Creature Shop and Brian Froud, the original feature’s conceptual designer.”

“The Dark Crystal: Age of Resistance will combine the art of puppetry perfected by The Jim Henson Company, with Louis’ vision, powerful storytelling and a mix of cutting-edge digital imagery and visual effects. I can’t wait for families around the world to see how we bring these unique characters to life.”– Cindy Holland, Vice President of Original Content at Netflix.

The series will be directed by Louis Leterrier (Now You See Me, The Incredible Hulk) and producted by Jeffrey Addiss, Will Matthews (Life in a Year) and Javier Grillo-Marxuach (Lost, The 100).