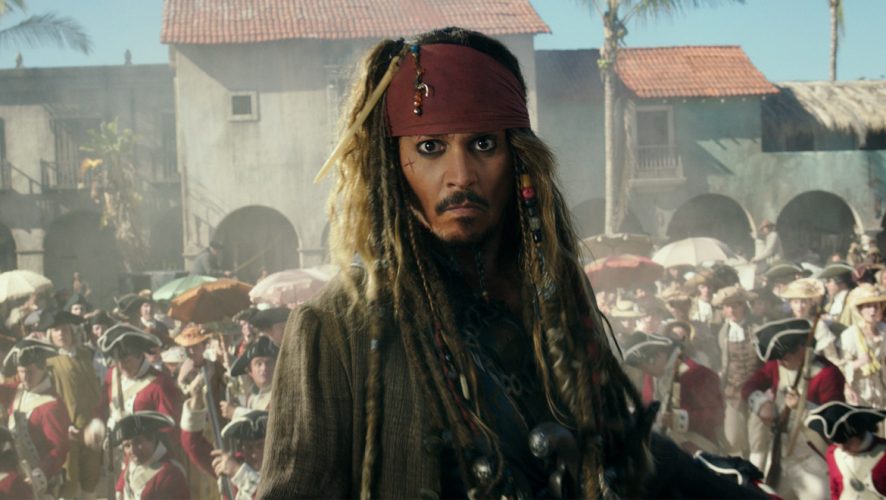 One would think that after 14 years and a critically panned fourth outing, the Pirates of the Caribbean franchise was dead in the water. Sunk deeper than Davy Jones’ locker. Boarded by a ship of fools. Sailed away into the sunset.

After all, the origins of the franchise was created out of a Disneyland ride, and they had an extremely good run grossing in excess of three billion dollars worldwide. But no. If there’s one thing Disney knows, it’s on how to Seas The Day. Instead of bowing to Pier Pressure in retiring the franchise, Disney is raising the sails yet again and bringing us another Pirates movie. Oh Bouy! Knot Again! 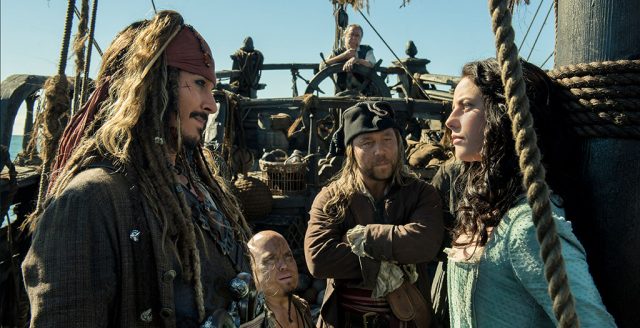 Thankfully, it seems that the six year absence since the last one has done the series some good. Pirates of the Caribbean: Salazar’s Revenge is everything we’ve come to love about the series. Filled with a bounty of action and humour, the latest movie also manages pack in even more surprises after all these years.

If you’ve not been following the series, the attention has now shifted to Henry Turner (Brenton Thwaites) who is seeking the Trident of Poseidon to help break the curse that has afflicted his father, Will Turner (Orlando Bloom). At this juncture, it feels as though the Pirates franchise is revisiting the same plotline from before, as Will Turner did try to break his father’s curse before becoming the Flying Dutchman’s newest captain. However, if you’re willing to look past the setup, it’s a necessary step to invigorate the series without relying on the original mainstays of Orlando Bloom and Keira Knightley. Thwaites does his best to move the plot forward, but the real hero of the show has to be fellow newcomer Carina Smyth (Kaya Scodelario), who also happens to be searching for the Trident of Poseidon as well. 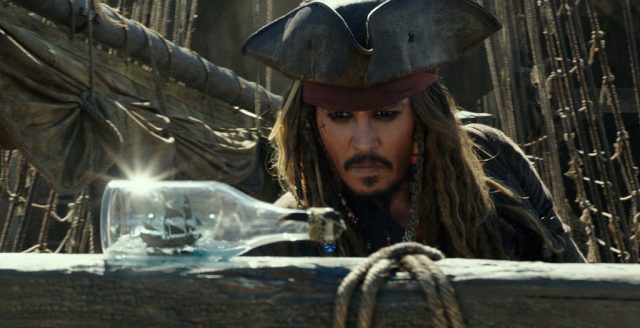 Branded as a witch early in the movie, Scodelario constantly finds herself at odds with everyone else who doubts that a female is able to navigate the stars. Through sheer wit and determination, you can’t help but cheer for Scodelario as she proves her detractors wrong constantly.

Fans of the franchise might try to create a link between the new entrants to Orlando Bloom and Keira Knightley, but it would be tenuous to find a common thread. Scodelario edges out Thwaites in terms of characterisation, at the same time avoids being the archetypal damsel in distress. Perhaps Disney has earmarked Scodelario’s character as potential Disney Princess material, which is something the company is known for. For all his character’s pedigree, Thwaites does little than act as the ‘pretty boy’ for most of the show, possibly overshadowed by his fellow actors.

In the thick of it all, Captain Jack Sparrow (Johnny Depp) appears to be the only man in the entire Caribbean who can aid the latest cast in finding the Trident of Poseidon. Encouraged by the fact that Captain Salazar (Javier Bardem), an undead pirate hunter from the Spanish Navy, is hot on Sparrow’s heels, it gives the world’s most famous pirate enough incentive to assist the duo, for whoever possesses the trident also controls the power of the seas. 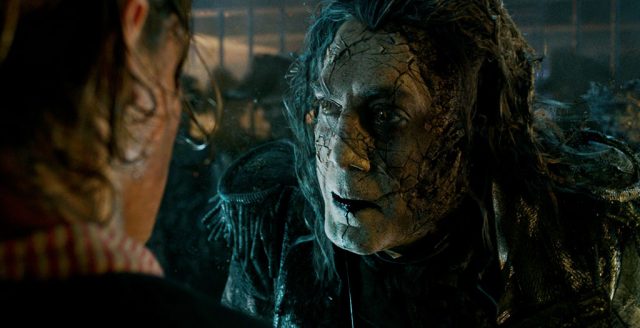 In Bardem, Depp has finally found an opponent that is able to match his personality in a totally different level. While Captain Jack Sparrow constantly serves as a catalyst for humour, it is in the scenes with Bardem that you feel that Depp’s tomfoolery has finally met his match. Perhaps it has to got to do with Bardem’s past roles in No Country for Old Men, but for the first time, I felt that Depp’s character was truly in danger.

Bardem brings to the franchise a level of intensity and fear that might make Pirates of the Caribbean: Salazar’s Revenge more of a thriller, if not for the huge helping of action scenes and humour.

This is where it gets really good. Right from the opening sequence, Pirates of the Caribbean: Salazar’s Revenge, delivers on the non-stop action. While there are a brief peppering of dialogue sequences, mainly helmed by Henry Turner and Carina Smyth, the rest of the show is headlined by Jack Sparrow and Captain Salazar. If the brains of the movie are the newcomers, it’s the veteran’s arms and legs who carry out the action and comedy sequences that we have all come to expect and love. Truly this movie marks a return to form for the franchise. 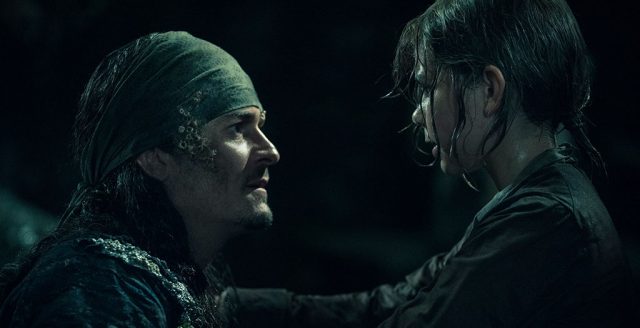 Given that each Pirates of the Caribbean has always set a new visual effects bar with each release, this latest iteration delivers on that as well. Salazar’s Revenge is worth every dollar spent on an IMAX ticket, as the level of water effects created is best enjoyed on the big screen.

The ending does set itself open for more sequels, but given Disney’s recent direction in churning out sequels, this is hardly surprising. And be sure the stay all the way for the post credits scene right at the end of the movie.

What fourth movie? Pirates of the Caribbean: Salazar’s Revenge is the only title anyone should consider after watching the original trilogy.