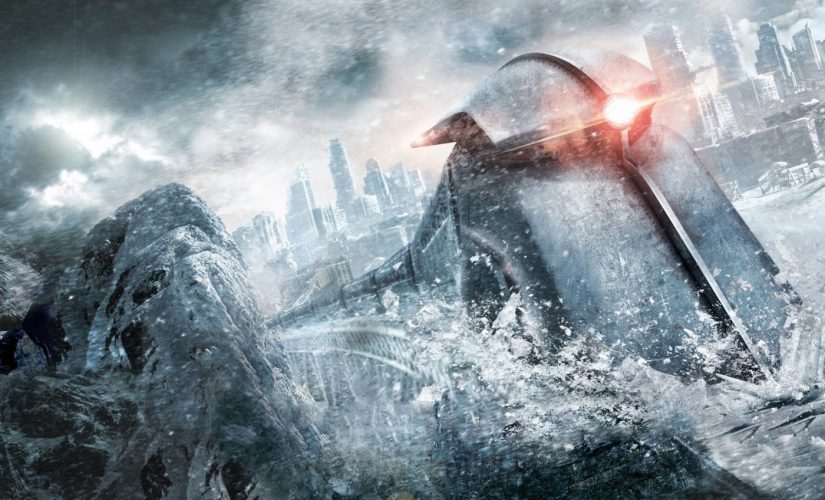 A scientific balls-up by the powers of the world in addressing global warming in the CW7 program, results in the entire planet being put in a state of permafrost. All life dies in the cold. And all that is left of humanity survives on the Snowpiercer.

Consisting of a closed system of train cars being driven in perpetual motion by the now exalted Eternal Engine and piloted by it’s mysterious spiritual leader/engineer Wilford, we pick up this highly entertaining and gripping yarn.

We begin among the oppressed who live at the very rear of this metal leviathan as it hurtles in an endless circuit, generating all it needs to sustain life and energy within its own engineering and scientific innovations. Following Curtis and Edgar, two close friends on the train as it enters its seventeenth year of perpetual motion, members of the scattered and disheveled who live in squalor in the rear of the Snowpiercer, we share in their plot as they scheme to make changes to the status quo.

Tired of the brutal inhumanity and cruel suppression by those who live in higher regard at the more forward parts of the train, the duo begin to plot a daring revolt to push up through the echelons of class and social strata that have taken root on the train, where the ones on top or in front, insist that the ones below or behind, know their roles and accept their lots in this closed arrangement where nothing has really changed.

Surviving on a diet of gelatinous “Protein blocks” supplied by manufactured means by those further ahead in the train, Curtis, Edgar and a host of other endearing and often offbeat characters struggle with their own personal plights but unite in their need to upset the class system with a revolt, both out of necessity, and a desire to find a steady stream of children that have been taken from their care, moved up the train, and never heard of again. 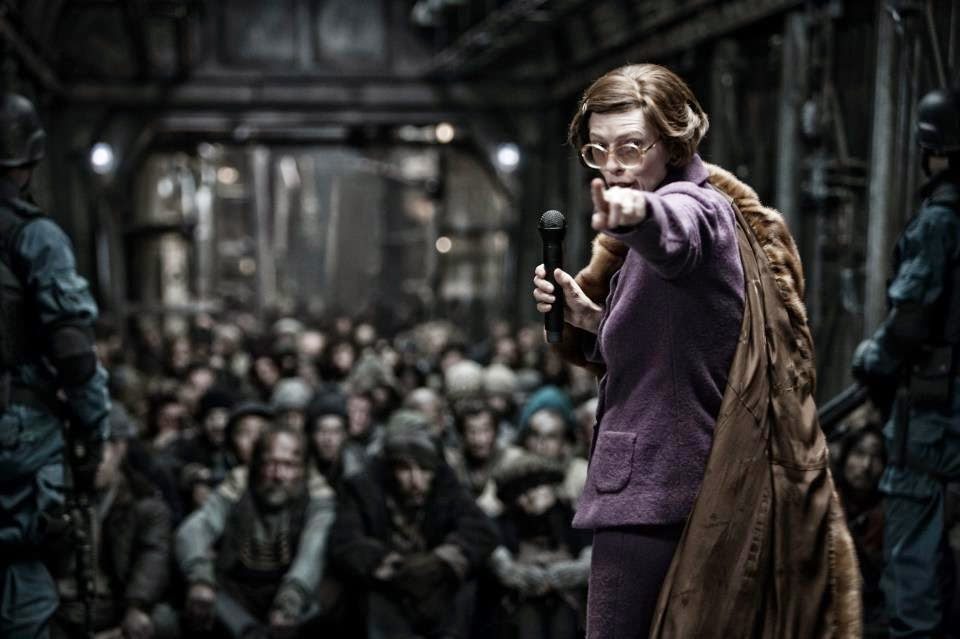 Snowpiercer is a highly imaginative and sometimes alarmingly brutal film that marries a host of highly imaginative and visually astounding concepts into a compelling fable of class warfare and highlights the illusion of “fairness” in contemporary society from the juxtaposition of the most disenfranchised. It has moments of Dickensian angst, presented with a bold indie flair.

The film marries both the style and mood from a litany of inspirations. There are shades of artistic whimsy in the directorial style of Jean Pierre Jeunet, the dystopian moods evident in the BioShock franchise and the disparate mindsets of A Tale of Two Cities.

Snowpiercer is a gem in the way the movie seems to open to more narrative and visual layers as we follow the protagonists as their push their bloody progression forward in the train. The action scenes are clever and fresh, and the quiet, more introspective moments have glimpses of visual breathlessness.

The film seems to seamlessly jump between being a version of Game of Death to being BioShock The Movie, to then being City of Ember and then Brazil in equal stretches. The visual design in the different train cars and the wow factors when traversing them is really clever. And the subject matter, makes the journey emotionally investing as well. 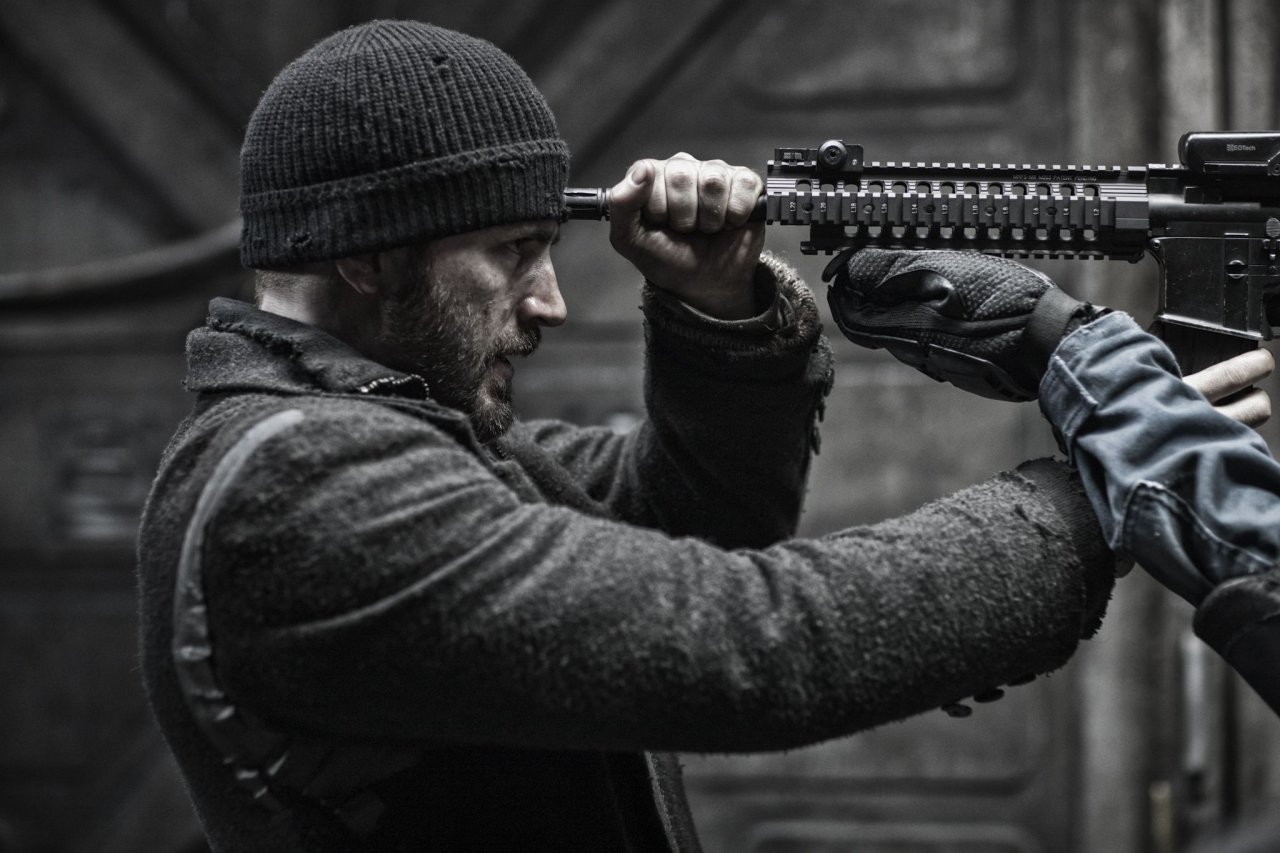 If there is one thing to complain about, it is the sheer pantomime villainy portrayed by those who portray the oppressors. Tilda Swinton is at the top of her game here, bringing her usual complete ugliness to full bore. The woman is masterful at being hated. And not one frame here is wasted, all but begging you to do everything possible not to put a cinder block right through her sniveling craven face.

It’s almost criminal to disclose anything about the mechanics or the plot specifically because it would ruin the surprises that you would delight in watching this with fresh eyes. So here at Geek Culture, we won’t do that to you. All we can say is, Snowpiercer is very much worth the time put in to enjoy it, even if it does run a tad too long for its own good.

Prepare to be shocked, awed, entertained and craving sushi.

Runaway train. Never coming back. Fun ride, on a one way track. A little out of touch, A little insane, Quite a bit of blood and sometimes brain. 4 Oppan Steampunk Style.