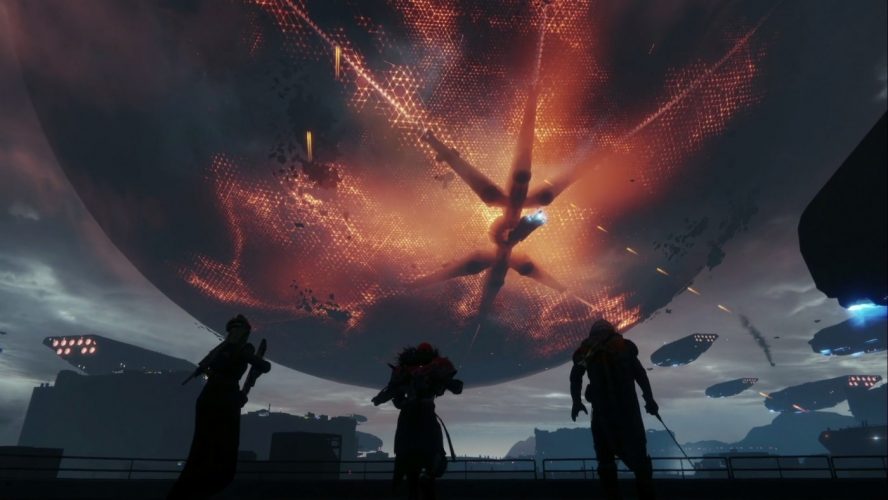 When Bungie first released Destiny back in 2014 to much fanfare, the joyous excitement soon gave way to waves of derision as players lamented the lack of proper endgame content, no matchmaking, and some questionable quality-of-life decisions.

Credit to the developers, however, with Destiny improving with each subsequent expansion and morphed into a game where millions love and spend countless hours vanquishing the Cabal, Vex, and the Hive. Destiny 2 will arrive September 8 this year, and Bungie is determined to right the wrongs of the launch of its predecessor, here’s what you need to know about Destiny 2 from last night’s gameplay reveal!

If you were familiar with the Hub in Destiny, your world is about to change. The Last City has fallen, invaded by Cabal Red Legion commander Dominus Ghaul. The antagonist of Destiny 2, Ghaul believes that the Traveler (the giant globe that grants Guardians power) chose wrongly, and that the Red Legion should have been the Traveler’s Light. By caging the Traveler, all Guardians lost the Light, thus began the fight.

The opening minutes are chaotic, gorgeous, and more importantly, looked fun as hell. Weapon slots have been redesigned for more player freedom and choice. Now you get to choose from a power weapon (fusion rifles, sniper rifles, grenade launchers), an energy weapon, and a kinetic weapon. Three new Super Abilities are also being added; the Warlock’s Dawnblade (the awesome flame sword in the reveal), the shield-throwing Titan’s Sentinel, and the staff-wielding Hunter’s Arcstrider.

There will also be new worlds to explore, including the planets of Nessus, Titan, Io, Earth, and the European Dead Zone. Thankfully, you can travel to and fro from planets and start activities without going into orbit, so less loading all around and more time to have fun! A new strike, “Inverted Spire” will be available, as well as Lost Sectors, which are secret dungeons that holds priceless treasures that can only be obtained after defeating a boss.

In terms of multiplayer, the Crucible will be 4v4 across all the modes, and a new HUD display will let players easily assess if opponents have power ammo or have their super charged. Of course, a new game means more maps as well as a new mode called Countdown, which has an attack and defend element to it.

Official clan support is finally coming to Destiny 2, with progression and rewards tied to clan activities. “Guided Games” is Destiny 2’s way of helping solo players or even clans to meet others and form a group to play through the more challenging content. All in all, improvements all around that would hopefully make for a more pleasant experience.

The biggest news by far is the confirmation of Destiny 2 on PC being supported by Blizzard’s Battle.net service! The first third-party and non-Blizzard game to be in Battle.net, the PC version will support 4K resolution, the ability to play with an uncapped framerate, and support for monitors with a 21:9 display. Full mouse and keyboard support will also come with custom key mapping and text chat, with the bells and whistles expected of a PC game being made readily available for PC gamers.

Could it be true?