In the last few months, the world has been facing an unprecedented health crisis that has led to the introduction of many new safety measures, including social distancing and lockdowns. While things have seemingly gone back to normal (Not you USA), there are still pockets of businesses who have had no recourse, including KTV bars, live concerts and performances.

But what if there is an opportunity to experience a live performance from home, but with enhanced acoustics? With the blurring between reality and virtual we experience now, Singapore audio giant Creative is leapfrogging ahead with their newly introduced SXFI LIVE Server, a device made specifically with live theatre and events in mind, to help recreate the spatial experience and bridge the gap that digital mediation has caused for the audience and performers alike.

The SXFI LIVE Server is built upon the company’s current Super X-Fi Technology, spearheaded by Lee Teck Chee, Vice-President of Technology at Creative. It provides a holographic audio experience that reconstructs a realistic soundscape for the listener.

A highly valued aspect of the traditional theatre setting is the “liveness” that the experience provides. It is something intrinsically linked with the presence of the live body and the sense of community that arises from the gathering of people in a shared space and the technology aims to go beyond surround-sound and explores distance, space, position, and movement in order to recreate that experience.

For the first time in their years of practice, the theatre group conducted their Playwrights’ Bootcamp via livestream on 22 August 2020. In order to bring the audience closer into the space, the institution used real-time processing of audio content on a multi-speaker system via Creative’s SXFI LIVE technology, before streaming the performance into homes. And regardless of the type of headphones online viewers had, they were able to experience the soundstage of a premium system via the broadcast.

All three performances,《香港》(xiang gang)，《重头再来》(zhong tou zai lai) and 《大情圣2020》(da qing shen 2020) took advantage of this technology to delve deeper into the realm of tech and theatre. The sound designers painted new worlds such as a living room, a bus and even the headspace of characters with their intricate soundscapes.

One of the sound designers, Jean Low (FERRY), shared with us that for her performance, the idea was to place the audience in the main character’s head. Even when viewed as a recording, the performance allowed us to experience a dual layer of sounds with her inner thoughts, as well as with her surrounding environment, painting a colourful image filled with activity despite the single slow zooming visual.

Similar to game sound design, she used binaural mics to mimic the natural placements and orientations of sound. The recording process takes multiple steps, starting with a proper recording of the mother/daughter conversation. This is then replayed through a phone with the phone replicating the motion a person makes when it is raised or lowered from the ear. All these are recorded into the binaural mics placed in a mannequin head.

The ability to play with subtleties and translate them into the live broadcast for the audience is made possible by the SXFI LIVE technology. Despite running only a stereo track into the SXFI set, the two channels were amplified, creating not only a sense of space but also the expanse of it with the sound.

But with the power of technology, sound designers can now rewind and repeat sounds to teleport you to a new space. They are liberated from the constraints of the livestream and can play with the possibilities of live foley and adding mics to amplify aural textures due to the multi-speaker system. All of which will be brought to the audience by the SXFI LIVE technology’s ability to create a sense of “space”

There is no question on the exciting potential of this new technology for future livestream performances, and another aspect of live performances that differs from a pre-recorded stream is the immediacy of it. With live-streaming, the immediacy can be re-created as it becomes impossible to “fix it in post”, as everything happens in front of an audience at that very moment. The virtual space can now become a new stage for the performer and audience to share, and with the support of Creative SXFI LIVE, such spaces can gradually increase.

As mentioned, technology and theatre isn’t a new phenomenon. Famed Canadian playwright, actor, film director, and stage director, Robert Lepage, has created evocative sets and a magical storytelling via innovative mixing of the performing arts with recorded arts, filmmaking, video art and multimedia. And even the Royal Shakespeare Company has had a collaboration with Google’s Creative Lab for Midsummer Night’s Dreaming, a play played out in real time via social media. There is so much more potential for technology and the live performing arts and events.

As quoted from Lee Teck Cheen (Vice-President of Technology at Creative) on his thoughts regarding the technology:

“Our aim for the SXFI LIVE technology at the backend, is to make the process as simple as possible for the operators, so that the sound designers can focus on creating the sound rather than have to deal with the technology. Hence, even though the sound designer mentioned she was using stereo output, the result is still a very different sound space and it still does transport the audience into the live stage, as you also experienced.”

Singapore is still very young in terms of exploration with the possibilities of theatre and technology. But perhaps with more support such as the Creative SXFI LIVE Server, the virtual platform may transform from a temporary solution to a new form of performing arts. There is still a chance to go beyond what has been done and seek out ways to use technology to transform the role of the audience and the actor. It creates opportunities for a change in how traditional stories are presented.

And while technology usually plays second fiddle to the performer, we may even see more forms of performing arts with technology as the main lead in the near future. 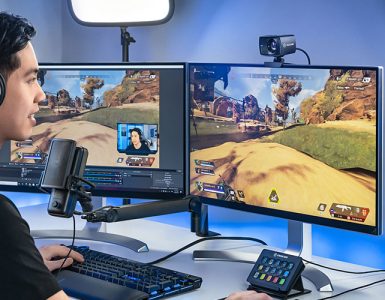 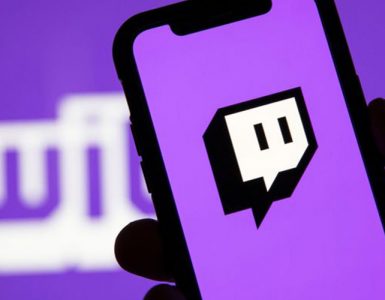 Tuning to these streamers 24/7! 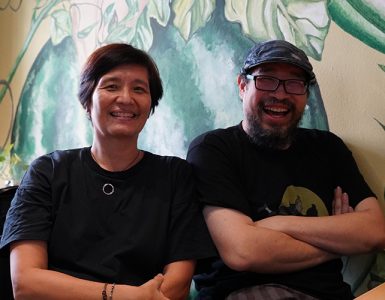