Perhaps one of the biggest challenges for every Dungeon/Game Master out there is amassing a sizeable enough hoard of tabletop miniatures to pad out their game nights to put awe (and fear) into the eyes of their players. However, finance is always a major stumbling block in making that happen.

As it turns out, one can expand their mini collection for free thanks to the efforts of Miguel Zavala. More commonly known as mz4250 on his social media and Patreon, Zavala makes 3D models of official Dungeons & Dragons monsters and creatures, and releases them for free to subscribers on his Patreon (just the US$5 tier gets you over 1,900 digital files available for download!).

The Virginia-based 3D artist has been sculpting 3D miniatures for over five years now. His collection has covered the likes of the official D&D books, including the Monster Manual, Volo’s Guide to Monsters, and Mordenkainen’s Tome of Foes. His project is an ongoing one, of course, as he looks to cover all the new monsters and NPCs with every new book released by Wizards, and even third-party ones, including Kobold Press’ Tome of Beasts.

For those who are skeptical about Zavala’s work infringing on the copyrights of Wizards of the Coast, he actually revealed to Polygon that he was approached by the company back in 2015, who asked him to cease his project.

However, Zavala responded by saying he only wants to make D&D resources more accessible to players and DMs who “don’t have access to game stores” but want to have “a little extra creative balance in their games.” Upon realising the sincere nature of his work, Wizards let Zavala off the hook, under the wing of the Open-Gaming License, which allows for third-party content to be released.

But of course, to get Zavala’s 3D minis to your tabletop, you’d need a 3D printer — and a good one at that. If you’re unable to go to your local 3D print store due to the COVID-19 pandemic, there are quite a number of high-quality 3D printers available for purchase on Amazon for around US$250, including the Anycubic Photon and the Monoprice Maker Select V2.

And of course, speaking of Dungeons & Dragons, Wizards is releasing official D&D adventures and resources for free on a daily basis to aid gaming groups during these tough times. 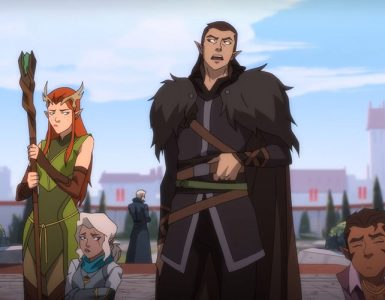