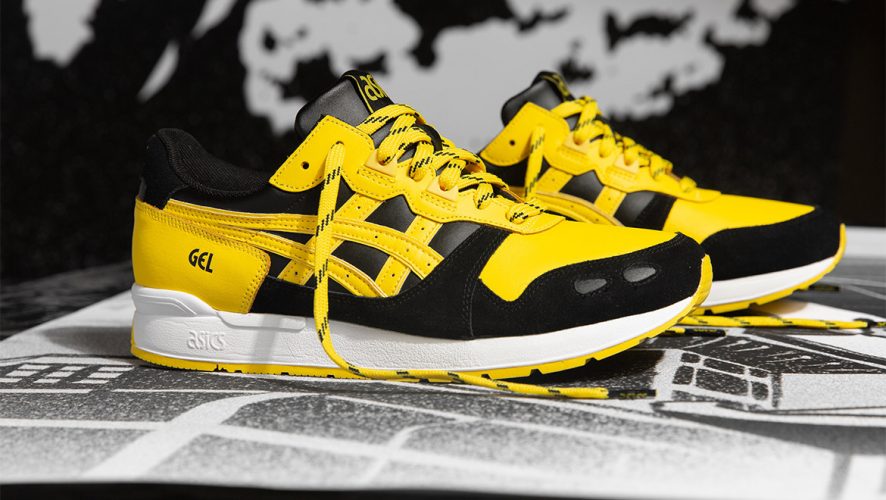 A lot of the time, geeky shoe collaborations tend to be inspired by anime series, such as those in the Adidas x Dragonball Z collection, or these Fujiwara Tofu Store Initial D high-tops. But American sportswear retailer Foot Locker and Japanese shoe brand ASICS have partnered up and decided to flip the concept on its head, producing an anime-style digital series based on their upcoming apparel and shoe collection instead.

Called Welcome to the Dojo, the collection takes inspiration from the Japanese origins of ASICS and centres around a story of two dojos – the respected Snake dojo where many a samurai began their training journey, and the notorious Rising Sun dojo which inspires fear in all who hear its name. 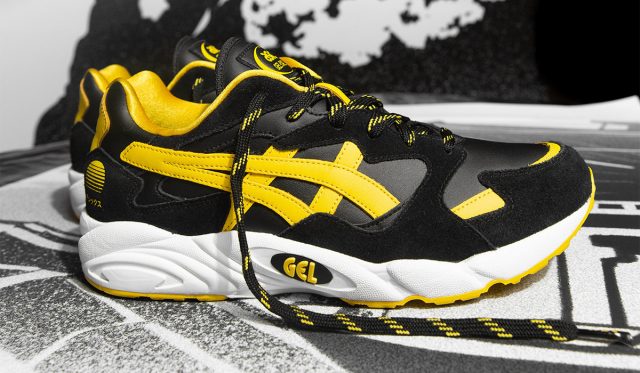 Black and yellow colours are a running theme, with the darker Rising Sun pair of shoes in ASICS’ GEL-DIABLO style of sneaker, while the brighter yellow Snake pair is in the GEL-LYTE style. The collection will also consist of t-shirts, sweatshirts, and sweatpants, and will be available from August 24, 2018 exclusively in Foot Locker, Inc. stores including Foot Locker, Footaction and Champs Sports. In the US. 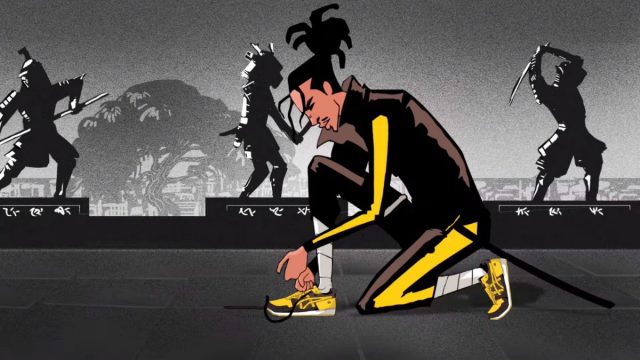 Meanwhile, the footwear and apparel will also be taking centre stage in The Sun and The Snake, an original anime-inspired series created by BBDO and animated by SHOTOPOP. It will feature a voiceover cast of Luka Sabbat, Princess Nokia and YFN Lucci, with a brief synopsis that reads:

Sneaker and animation fans alike can enjoy the series that features a samurai hero who enters the Dojo, a training space for martial arts. Before entering, he removes his ASICSTIGERTM GEL-LYTE I sneakers, and emerges to discover that someone has stolen his shoes. He then sets off on a quest to reclaim his coveted sneakers.

Welcome to the future of online shopping, as the episodes will even be shoppable, letting viewers buy items they see the characters wearing directly on the platforms they are viewing it on. Footwear meets anime in this strange but unique five-part series which debuts on August 1, 2018 on Foot Locker’s YouTube and Instagram pages.