Alone, toys are a delightful treat – not just for the little ones, but also for the resident adult collector. There’s just something about the intricate details, each finely-crafted bump and curve, and the exquisite touch that endear these affectionate figures to fans.

With both toys and video games though, the feeling of glee and excitement is set to reach new heights.

Ubisoft Toronto’s recent toys-to-life title Starlink: Battle for Atlas seeks to bring that experience to enthusiasts from all walks of life, including long-time fans of the Starfox series. Exclusive only to the Nintendo Switch version, the cool-as-ever Fox McCloud will get his share of the limelight, as he explores the world of Starlink together with the trio of Falcon, Slippy and Peppy. 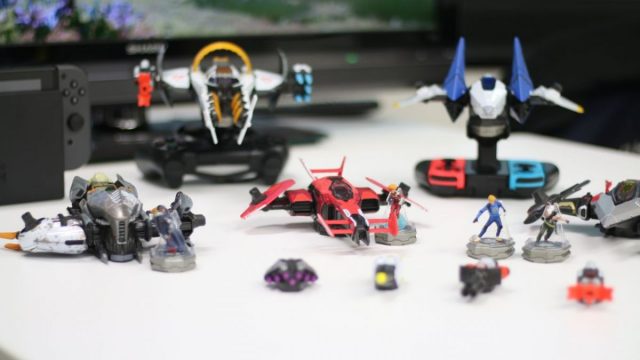 This crossover project is an impressive showing from the industry giant, especially with their first-time attempt at tackling the genre. While it isn’t quite a newcomer to the gaming market, the toys-to-life community has remained relatively quiet in recent times, despite its overwhelming popularity just a few years prior. Some, thus, may find the team’s decision to jump head-on into the field a little…bizarre.

As it turns out, a lot of thought and consideration went into the game’s conceptualisation. Speaking to the Geek Culture team, Creative Director Laurent Malville gave an elaborate breakdown of the development process, from the environmental design and integration of Starfox into Starlink‘s narrative to the magic behind translating real-life toys to in-game weapons. What’s perhaps more fun is his recounting of the team’s pitching session to Nintendo after their reveal trailer at E3 2017, as well as his personal two favourite pilot abilities. 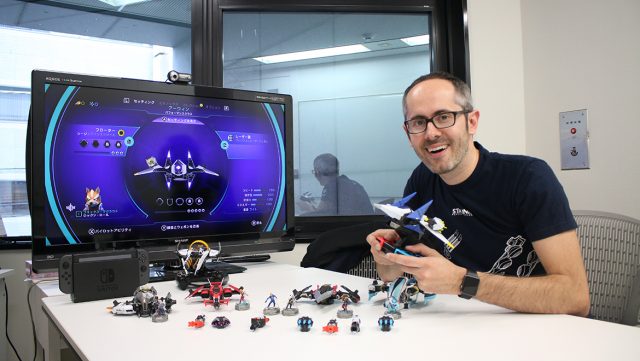 Surrounded by a collection of spaceships, guns, and mini-figures, Malville’s passion for both toys and Starlink clearly burns bright – best conveyed through the fervent pitch of his voice whenever the latter, and by extension, Starfox, is mentioned. The best man for the job, aye!

Starlink: Battle for Atlas is now out for the Nintendo Switch, PS4, and Xbox One.