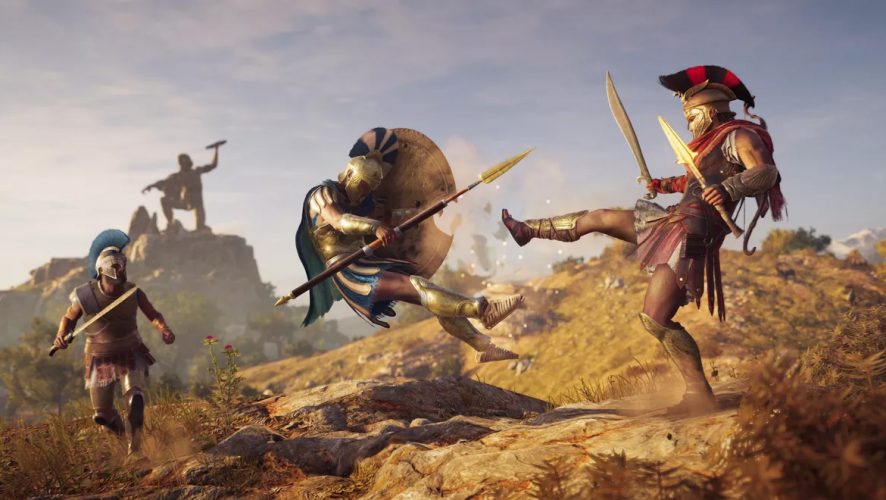 Behind The Scenes Of Assassin’s Creed At Ubisoft Singapore

It’s safe to say that after 10 years, Ubisoft Singapore has made an indelible mark working on the Assassin’s Creed franchise, and Assassin’s Creed Odyssey, the latest sequel to the hit open-world adventure game franchise that draws inspiration from history and mixes in fiction. Since its release, the game has flown to the top of the sales charts, and received acclaim from all around.

“The studio has grown considerably over the ten years,” Matt Thorpe, Producer at Ubisoft Singapore, declares — after opening Ubisoft Panel Singapore with a condensed history of the studio’s endeavours, “Also in terms of the contributions it brings to the franchise. It was built on the pillars of naval and water in the earlier and mid years. Something that we’ve continued to the present day. And open world building, with narrative and cinematic design in the last project, has really given us a very, very strong offering here at Singapore.”

While it started out with just former managing director Olivier de Rotalier, Ubisoft Singapore has since grown to be three hundred and forty-strong, with Singaporeans and Permanent Residents making up more than fifty percent of that number. Locals have taken up positions in art, design and a number of other fields — the highest position held being that of the Expert Programmer.

“The challenge is one of the things that’s driving us,” Lim explains, “As well as the passion. One of the things I like about working on the AC franchise is learning the history — gathering historical backgrounds, information and blueprints, and finally interpreting them in the games.”

For those of you curious about their journey to Ubisoft Singapore, well, there really isn’t a clear-cut path. Although, most of them did take up some sort of game-related course during their polytechnic days, and completed a stint at an indie studio, before finally making the jump to Ubisoft Singapore. 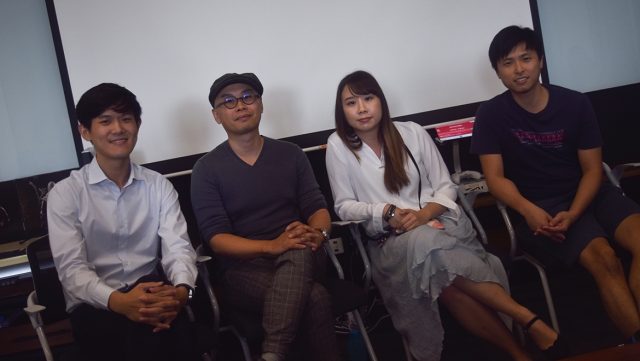 “Just last weekend, I had a family dinner. And an old uncle asked me what I was doing,” Fu shares, “I told him I was working in games. And he said, in Chinese, ‘Wow, you’re so old and you’re still playing games every day?’ Um, I’m actually making games, not playing games.”

After a laugh, Fu goes on to admit, “When I first told my mom I was working in the industry, she was just happy I had a job.”

With the gaming industry receiving increasing attention and legitimacy as it rakes in considerable profits, it’s become evident that pursuing employment in the field may be faced with less familial backlash and confusion, despite Singapore’s ever traditional social landscape. “My mom was really against it,” Chua recounts, “My dad wanted to pursue art when he was younger. But then he had to serve the National Service, and veered his entire career path. So he put his dreams on me and said, you should pursue what you like.”

Unfortunately, the industry also has a bit of a reputation for running its employees to the ground. But our four panellists agree that while crunch happens every now and then, they’ve managed to achieve a pretty fair work-life balance at Ubisoft Singapore. “As a studio, we try to pace our projects so that we don’t crunch for no good reason. In fact, managers are sometimes encouraged to leave early, so that their people don’t feel like they need to stay,” Fu clarifies. 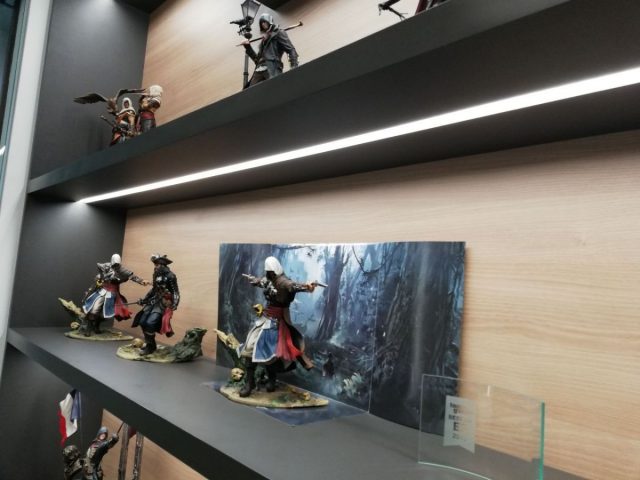 And what about the perks of working at Ubisoft Singapore?

“There are a lot of free gifts,” Chua offers with a laugh, “A lot of shirts.“

Continuing that train of thought, Han adds, “If you go to Gamescom or E3, you literally get a shirt every day, because we need to change our shirts when we go up on stage.”

Physical benefits aside, Han notes that there are intangible ones which are also incredibly valuable, such as being afforded opportunities to broaden their horizons. “We travel to quite a few cities. It allows us to interact with our partners overseas, and from there we get a sense of how they do things, how they operate, their strategies. It teaches us to adapt to their working styles as we collaborate with different lead studios. Because every project is different — the collaboration partner is different, the lead studio is different. That’s something I really appreciate.”

“Over the past decade and a half, I’ve realised what’s the biggest perk of working in the industry. You gather knowledge from everywhere, and it enriches your life,” Fu remarks. “It took me a while to realise that it’s the job of the designer to research what goes into the game. We tend to take it for granted, random facts from Wikipedia, like how many people it takes to run a ship, for example. But when you actually make a game, you need to get the figure right, more or less, and then find your own way to marry fantasy with reality.”

If you’re an aspiring game developer looking for some advice, then Han offers, “Follow your passion and put in the hard work, because nothing comes without the hard work.”

Lim supplements that with: “Be open-minded, and open up to new ideas and new opportunities given to you. Don’t be afraid to go ahead and try things out. If it doesn’t work, you can take a step back.”

From Fu: “A portfolio is very important, especially if you’re at entry level, so I guess the best advice I can give is, focus on your portfolio.”

And finally, Chua: “Be hungry for knowledge. And always constantly try to improve yourself. The industry is constantly evolving, so if we stay stagnant, we actually fall behind.”

Indeed, things are continuously evolving at Ubisoft Singapore; after all, in Thorpe’s own words, “There’s new tech, there are new mandates to work on. And there are always new stories for Assassin’s Creed.”