It appears we might be able to feast our eyes on the initial games lineup of the long-awaited PlayStation 5 very soon. And by that, we mean in a couple of weeks, as a lot of signs indicate the announcement to come sometime in June, which ties in with the console’s potential official unveiling, as pointed out by VentureBeat reporter Jeff Grubb.

Recently, Sony president and CEO Kenichiro Yoshida revealed the company’s announcement plans during a corporate strategy meeting earlier this week. One of the focal points of the meeting was to emphasise on how the company’s next-gen console will aim to deliver “even more immersive experiences on a game console”, as stated in a press release (via GamesRadar).

To support the new technology provided by the new console and the DualSense controller, Yoshida-san also highlighted that the games themselves will aim to complement the entire experience. Here’s what he said regarding the games (via VGC):

Games for the PS5 that deliver this new game experience are being made by both first and third-party developers and we plan to introduce a compelling line-up of titles soon.

While Sony didn’t explicitly state what kind of engine these new games might run on, it wouldn’t be far off to expect some of them to adopt the new Unreal Engine 5 that was recently unveiled earlier this month.

READ ALSO:  Here Are All The Current PS5 Games That Support 120 FPS

As for the games themselves, we can only speculate as to what titles they might be announcing. We already know the likes of Gearbox’s Godfall, Daedalic Entertainment’s The Lord of the Rings: Gollum, and Square Enix’s Outriders exist, and could very likely be part of the announcement lineup. Even current-gen titles such as Assassin’s Creed Valhalla and Gran Turismo Sport could be getting shiny new PS5 ports too.

For now, we can only speculate, but only for just a few more weeks. 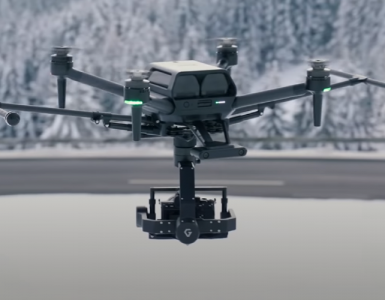 Turn the sky into your own creative playground.