Something Borderlands-Flavoured Is Coming To Fortnite

This update sees the arrival of Pandora to the battle royale game in the form of the Pandora Rift Zone, which allows you to duke it out on the cel-shaded badlands of the popular looter-shooter. In addition to that, there will be the new Psycho Bundle, which adds new costumes and weapon skins, including a Psycho outfit, as well as Borderlands-themed weapon skins and more.

You know that shooter that features a ton of crazy, colourful characters and over-the-top gunplay? Fortnite, was it? Or is it Borderlands? Or is it both?

As it turns out, it is both, as the two iconic shooters are reportedly in tandem for a crossover, hosted on Epic Games’ hugely popular battle royale game. This was teased in an ominous post on the Fortnite Twitter account, with the iconic Psycho mask from the Borderlands franchise peeking out among a host of Fortnite stickers.

While there isn’t anything of the like over at the Borderlands social media accounts, this image has no doubt sent many fans into a frenzy over what this new crossover might bring.

This Borderlands crossover on Fortnite is the latest in a series of popular IPs being featured on the game, with the likes of Marvel’s Avengers, John Wick, and even Stranger Things-themed weapon skins and outfits and game modes having been featured in recent months.

This no doubt will also add to the excitement surrounding the impending launch of Borderlands 3 in just a little over a, well, fortnight, on September 13. 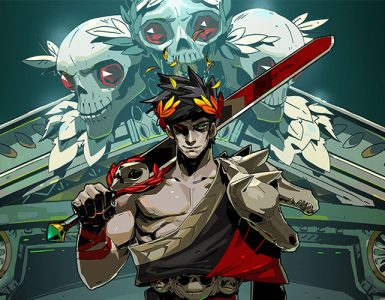