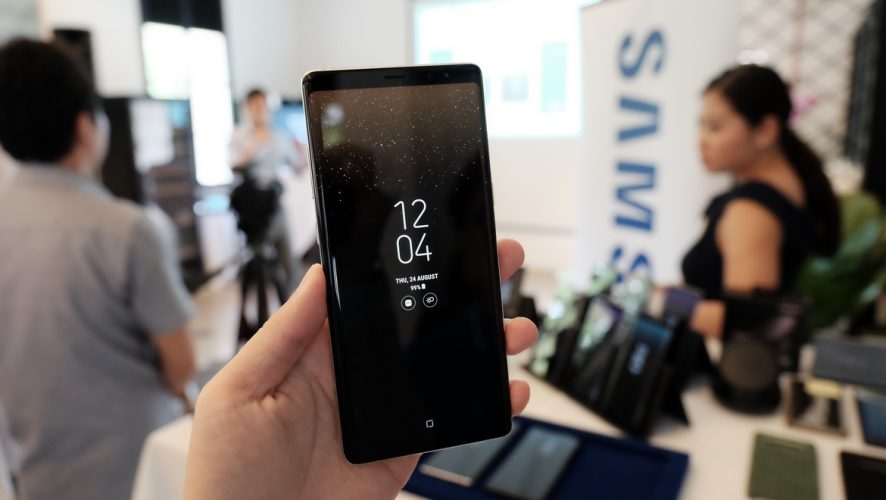 The Note series of phablets is coming back with a bang.

Yeah, we just had to.

But really, the newly revealed Note 8 has plenty going for it, and judging from our time with it, this is going to be the phone to beat in the phablet/phone market. Watch out Apple!

The Note 8 is a gorgeous machine, an artful combination of curved metal and glass. Compared to the Galaxy S8 and the Note 5, it is lengthier and more straight edged. Yet, the curved sides are more steep, and gives the phone a well-balanced display that is ideal for the improved S-Pen to write on. The much vaunted Quad HD+ Super AMOLED Infinity display comes in at 6.3 inches, giving you more screen real estate and is the biggest screen ever on any Note device. The fact that the display is impressive is without question, with more vibrant colours and darker blacks, and with the Note 8 capable of HDR, this could be your favourite portable entertainment device. Note users who have dabbled with Multi Window will be glad to know that the new App Pair feature will make the process even easier, allowing for a custom pair of apps to be created and launched simultaneously with little fuss.

No discussion about the Note is complete without bringing up the S-Pen, and the S-Pen in the Note 8 is a marked improvement over its predecessor. With a finer tip and improved pressure sensitivity, it should make Note fans really happy, and a definite selling point for those who are not converted yet. One such feature is Live Message, giving users the ability to share animated texts/drawings across a multitude of apps and showing off their creativity.

For those constantly on-the-go, simply hover over text and the S-Pen’s Translation feature will kick in and translate swiftly not only individual words, but also whole sentences up a whopping 71 languages. Even units and foreign currencies can be converted instantly. The Always On Display and Screen Off Memo functions are also getting an upgrade, with a storage capacity of 100 pages of notes, and you can also pin notes to the Always On Display and edit them instantly.

The Note 8 now sports 12MP dual cameras with dual Optical Image Stabilisation (OIS) on both the wide-angle lens and telephoto lens, this means your pictures will turn out great even if you use 2x optical zoom. In low-light environments, the wide-angle lens performed extremely well, as the Dual Pixel sensor comes with rapid Auto Focus to capture all the details. 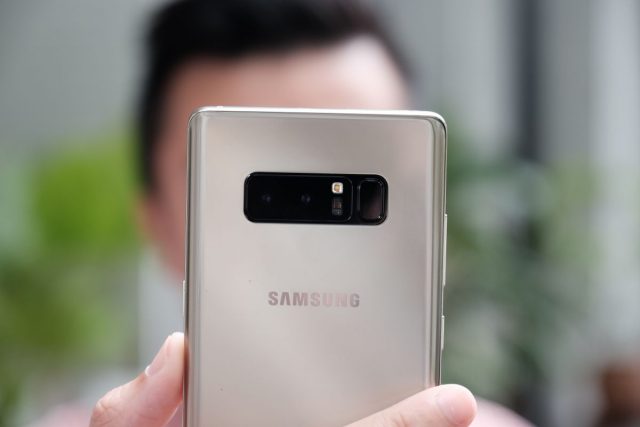 Bokeh aficionados are in for a treat, as the new Live Focus feature gives you the power to control the depth of field both before and after taking a shot, letting you achieve the shot you want. The new Dual Capture mode will use both rear cameras to take two photos simultaneously, one close-up with the telephoto lens and the other with the wide-angle shot, providing more options for any would-be photographer. And for your selfies needs, the 8MP Smart Auto Focus front-facing camera is more than adequate.

A side note though – the fingerprint scanner is just next to the cameras, and with the Note 8’s large size, this could be an annoyance to use for those with smaller hands.

Every iteration of the Note has seen an improvement under the hood, and the Note 8 is no different. With 6GB of RAM, expandable memory up to 256GB,  and the Exynos 8895 CPU, the Note 8 performs snappily as advertised. Multitasking is a breeze and overall performance can be described as smooth as butter. The Note 8 is also IP68 certified, even the S-Pen is water and dust resistant. Thankfully, the Note 8 retains the timeless 3.5mm headphone jack, so hurrah for all you audiophiles!

We also got a glimpse at how the DeX, Samsung’s mobile solution that bridges the gap between your smartphone and your desktop,  functioned. With a redesigned Android UI, the DeX gives you a desktop-like experience and works seamlessly between the Note 8 and the station. You can multitask easily, browse the Internet, or even play games in DeX mode, and after seeing it in action, it is definitely an easier, faster, and smarter way to work and play. 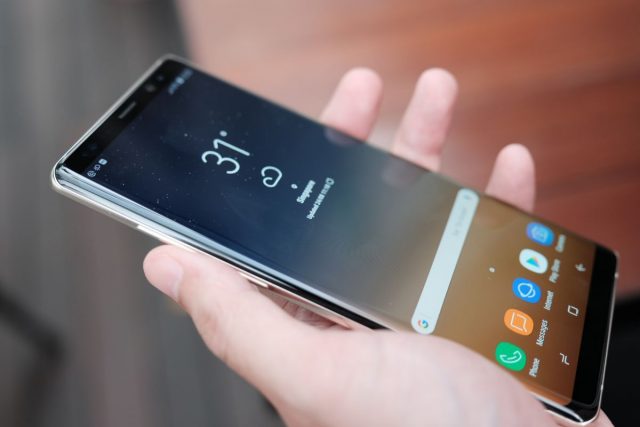 Last but not least, the Note 8 comes with Bixby voice, it even has a dedicated Bixby button by the side! The voice assistant set to battle against Apple’s Siri, Amazon’s Alexa, and Google’s Assistant, it is positioned to be the all-useful companion to your Note 8. Bixby is integrated into the majority of the apps on the Android ecosystem, which allows it to carry out functions that are both general and specific to the apps, even if there is incomplete information when given a command. Bixby is also capable of understanding context, the example that was mentioned is that if you set a reminder to get milk after work, Bixby will remind you of that task only when it detects you have left your workplace, which is definitely useful for those that are forgetful. The premise of Bixby is simple, it is here to help you get things done with less fuss, and is smart enough to do it all.

One thing is for certain, we are itching to get our hands on the Note 8 and utilise its full power and see if it is truly the best phablet out there.

The Note 8 will be available from September 15, at a recommended retail price of S$1,398. They will come in Midnight Black, Maple Gold, and Orchid Gray.

Interested consumers should take note (hehe), registration of interest with your respective telcos begin tomorrow, August 25, at 12 pm. You are also able to pre-order the Note 8 (without contract) online via the Samsung Store tomorrow from 12 pm, or pay a visit to Samsung Experience Stores during the regular opening hours. Other online retailers like Lazada and Harvey Norman will also be taking pre-orders, so you are spoilt for choice. ALL pre-order customers will be able to receive a complimentary DeX Station (worth $198) when you collect your device plus other vouchers to sweeten the deal.