This is turning out to be an annual affair for Reebok, releasing Aliens-inspired Stomper shoes on almost every year’s Alien Day since 2016. The second pair (or two pairs in this case) in 2017, were the Stomper “Final Battle” Pack, which featured one pair inspired by Riply’s Power Loader and the other by the Alien Queen. This was followed by a Bishop-inspired Stomper to celebrate Aliens‘ 40th Anniversary in 2019.

This year, it looks like Reebok wants fans to “stomp aliens in style” with a pair of leather U.S.C.M. Bug Stompers, clearly inspired by the Colonial Marines’ military camouflage, tan and grey colorway with an asymmetric graphic execution and contrasting yellow and black hits throughout. This will be the fourth and final Alien Day collaboration with 20th Century Studios.

If you’re a die-hard Xenomorph fan and already own the previous 3 pairs of stompers, its time to complete your collection with this 4th pair.

We took the same deep-dive approach as past releases, re-watching the film countless times and taking a trip to L.A. to examine some historic props from the movie itself to make sure we got it exactly right. Every single detail on the sneaker has been designed with authenticity in mind, down to the numerous one-to-one graphic reproductions, which definitely makes this a grail item for true Alien fans!

The sneaker will arrive in premium ‘stealth’ packaging, inspired by the dropships in the film. Adorned in black holographic foil, the uniquely designed 3D boxes have each been hand-made and feature a futuristic camo technology print. Reminiscent of Reebok’s first-ever Alien box, the new iteration serves as a cloaking device through its reflective execution.

Alongside the sneaker, Reebok will release an apparel capsule collection of graphic t-shirts inspired by the film.

The Reebok Alien U.S.C.M. Bug Stomper will retail for US$220 and set to land on Alien Day, 26th April, exclusively on Reebok.com. Better grab em’ quick before its “game over man, game over!” 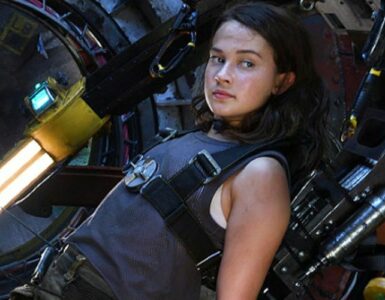