Self-proclaimed “Woke Bae” Joss Whedon is once again embroiled in another drama regarding the treatment of his actors.

Earlier today, Ray Fisher, who played Cyborg in the live-action Justice League movie, called out Whedon’s action on set. He stated that the director was “gross, abusive, unprofessional, and completely unacceptable.”

This is after a previous tweet whereby Fisher had thrown some heavy shade at the director.

Following Fisher’s accusation, Grace Randolph stepped forward to spill more beans on Whedon’s tyrannical jaunt on set. Apparently, Whedon had not been too kind to another Justice League co-star. The tweet claims that Gal Gadot, who played Wonder Woman, had been pressured to do a scene she was uncomfortable with and Whedon, who insisted on having the scene shot, ended up using a stunt double instead.

Moreover, this isn’t the first time that director Joss Whedon has found himself in hot waters for his actions on and off set. Going back a few years, Joss Whedon had been allegedly fired from being the director of Batgirl. This was around the same time that the director was receiving heavy backlash from fans for his treatment of Black Widow in Avengers: Age of Ultron.

Prior to MCU fans being dismayed by Whedon’s departure from Marvel and subsequent entry into the folds of their competitor, DCEU, they were first angered and disappointed by his treatment of Black Widow, and had accused him of sexualising her and giving her the archetypal role of being Bruce Banner’s love interest.

A plot point that was pretty much ignored in newer MCU entries.

Many felt that the Black Widow was badly characterised due to her pining over Bruce Banner. The amount of online hate had been bad enough to drive Whedon off Twitter altogether.

Moreover, Whedon’s 2006 Wonder Woman script that never made it to the big screens was leaked online. He was instantly slammed by angered fans over its sexist portrayal of the Amazons and bad plot lines.

He had also been criticised for attempting to use rape as a plot device twice, once in Firefly and once in Buffy the Vampire Slayer, which is ironic as Buffy was widely celebrated for its feminism. The Buffy fandom was further shaken up by Whedon’s ex-wife, Kai Cole’s open letter which accused him of infidelity and being a womaniser.

As such, fans have even taken to separating the art from the artist mindset in order to enjoy Whedon’s better works without having to support his hypocritical feminist ideals. This is a similar sentiment echoed by fans from another famous fandom, Harry Potter, with regards to JK Rowling’s controversial tweets. 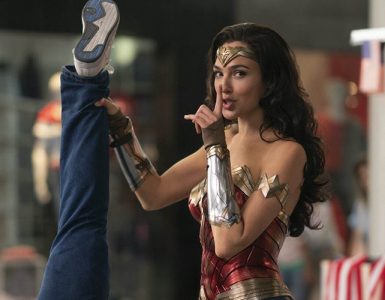 Diana once said, "A deal is a promise and a promise is unbreakable," but things have changed since her debut.