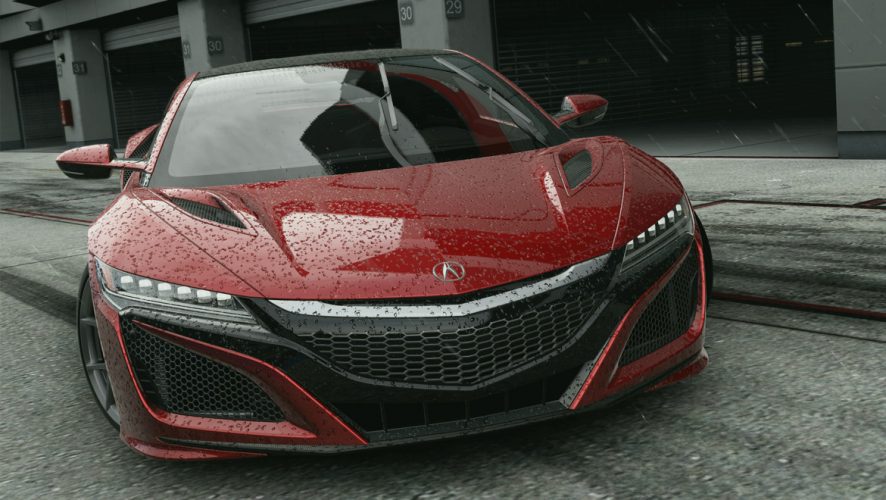 After cutting his teeth in rebooting the Need For Speed franchise with the successful Need For Speed Shift: Shift (2009), and continuing that with the release of NFS: Shift 2 Unleashed (2011), one might think that Design Lead Andy Tudor, of Slightly Mad Studios (SMS), might seem done with racing games, but the 16-year video game design veteran actually stepped on the accelerator, and went on to make the highly lauded Project CARS (2015).

It wasn’t because he was madly in love in cars, which he definitely is, but because before Project CARS, he felt that there really wasn’t a racing simulator for gamers. While titles such as NFS helped would-be race car drivers immerse themselves in the act of racing, there was no simulator that offered the realism of Nascar or F1 racing, whereby gamers could recreate the actual driving experience.

What he really wanted, was to get everyone accessible to real life racing, without having to spend millions on cars, luxury cars or even supercars, and learning real skills.

The good thing about Project CARS is that players can adjust their game, to determine their own racing interest. 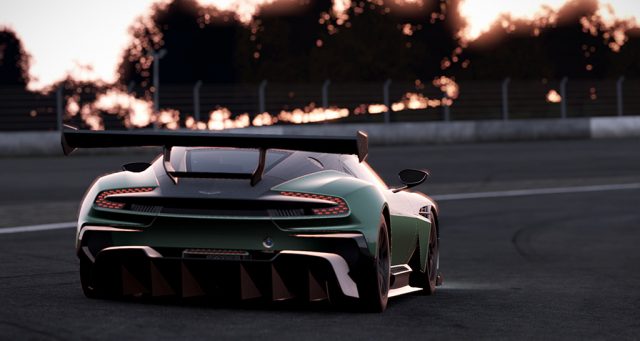 “The people who buy our game have a wide degree of skillsets, and we put all those options in to allow the game to tailor to your specific preference, specific level of competitiveness or skill.”

The crowdfunding and critical success of that game has allowed him and his team to work on this year’s follow-up, Project CARS 2, which has not been given an exact launch date yet, but is expected to be released in late 2017.

“In Project CARS 2, we are doing more without dumbing it down. We are making it more accessible on how it handles on the gamepad, and how presentable the whole package is, because we know two thirds of our audience are casual players who like racing, but they don’t know a lot of specific technical aspects of motorsport and under the hood tuning,” explained Andy, in an exclusive tour and media session earlier this month at “Level Up: Winter Edition”, Bandai Namco Entertainment’s big hands-on gaming event in Sweden.

“The other one third are the hardcore ones with their own steering wheels, and our approach is to ensure that everyone is happy.”

Andy The Fast, Stephen The Furious

The one person who wasn’t quite happy at this interview though, was Andy’s partner in crime, Stephen Viljoen, Game Director for Project CARS 2. While Stephen allowed Andy to do most of the talking, he was listening to every word said, as it seems that without a launch date, SMS has held back on announcing the replica cars that have been included in the game.

Viljoen simply played it coy by going a bit more broad when he mentioned that even more Italian, German and Japanese marquee manufacturers would be coming on board for the sequel.

Undeterred, I asked which car and track combo in the sequel was their favourites and at point, Andy Tudor casually shared that his favourite car at the moment was the Honda NSX GT3.

The moment he said it, he paused to look at Stephen, to confirm that he had let the cat out of the bag.

The Honda NSX GT3 will be one of the key cars to be featured at launch.

Because the first game was so successful and lauded, it made cutting deals for the sequel much easier as well. He noted that car manufacturers from Japan and Europe were “even more approachable” to them, and PC2 will be adding a new range of cars when it is launched.

But while being technically proficient helped, car makers also needed more. Given that Eastern and Western car manufacturers have varying working styles, it was tricky for SMS to navigate cultural nuances. In the end, Stephen highlighted, with twinkle in his eye that “many, many key brands from Japan are now on board for the game.”

Knowing how challenging working with the Japanese is, this was certainly not a mean feat to pull off, considering that Simply Mad Studios is primarily a developer based out of Europe.

Project CARS 2 Is A Love Letter To Motorsports

With the barriers of entry to motorsports set incredibly high, both men noted that real world interest in the sport is dwindling, because “no one wants to watch a continuous fifty laps of the same stuff” ala F1.

All has not been lost though, as there are still several bright sparks in the ecosystem, such as the Rallycross, where the race resolves itself with its 5-6 laps format. Andy also also gave a shout-out to Formula E, where the organisers recognise that there’s a need to energise a brand new audience from day one.

The hope is for PC2 to help in changing that dialogue, notes Andy.

By providing motorsports fans a slice of car racing in the way they prefer it, be it a fifty or five lap race, the duo are looking at the Project CARS to generate a broad enough appeal, as it will allow fans to get their racing fix in the form of a game. One that is free of restrictive television broadcasting rights that also only serve to inhibit the growth of motorsports.

This is one reason why it was especially important to get Japanese car makers on board, as racing esports in the Land of the Rising Sun is not very high.

“We’re doing our own little part to include even more Japanese manufacturers, and with the addition of Fuji Speedway into the game,” said Stephen.

A Special Type Of Hell For Drivers

Anyone who has played League of Legends know that some online gamers are out there to grief and troll when the going gets bad, and it’s actually not all that different when it comes to online racing games as well.

As an adult gamer with real responsibilities, Andy offered a grim look when he described the “ELO Hell” that awaited players with poor professionalism in Project CARS 2.

For the uninitiated, ELO Hell refers to a fictional ranking place within most competitive games, which has players stuck at a point, because of the amount of poor performing players randomly selected in their teams, which causes them to fail endlessly and collectively.

In Project CARS 2, players who exhibit poor driving spirit and destructive tendencies will eventually be lumped together, and they can then enjoy the poor company of banging into each other. In other words, if you like smashing into cars for no reason, you will eventually be placed in games where other drivers share your sentiment, so good luck to your bad habits.

So what happens if these players start complaining?

“Tough for them,” says Andy, with no sign of remorse.

Given that the community has been great at policing themselves, SMS associates this trait with the company getting tough with cheaters, as it intends to preserve the sanctity of the game, especially for esports.

When a ban is handed out, the entire team, and not just the offending player, gets hammered. This ensurses that team managers are kept on top of their game, in preventing their teams from messing around.

“It’s been a long journey, but we are pleased with how the community has shaped itself,” Andy notes with a wide grin.

Thank you Project CARS 2 and Slightly Mad Studios in continuing to fly your passion and love for motorsports, in the form of an excellent racing sim.