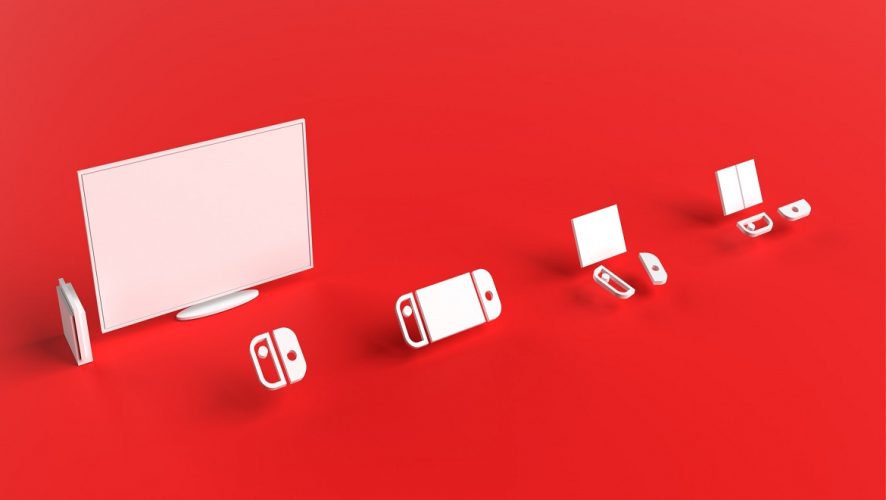 A More In-depth Look at the Nintendo Switch Hardware

Update: A new English trailer has been released with more accurate information, you can watch it above!

A month ago, Nintendo unveiled its latest console, the Nintendo Switch, to the world amid fanfare and apprehension. With just a month to go, we still have many questions regarding the hardware of the Nintendo Switch, how it works, and how well it will work. The hardware is certainly surprising as it’s a console-handheld hybrid, and today, Nintendo released a Japanese video that takes an in-depth look at the Switch, here’s what we understood from the video.

The three different game modes are TV mode, the traditional way of gaming with the television and the console with full 1080p visuals using the HDMI cable connection. You can use the Joy-cons with the Nintendo Joy-con Grip, without the Grip, or using them separately for multiplayer. Handheld mode requires the Joy-cons to be attached to the main tablet, and the system can be used while charging with a USB-C cable. The tablet has a screen real estate of  6.2 inches. Tabletop mode is made possible with the kickstand behind the console, and the Joy-cons can once again be used for a single player or two players. The Switch is able to connect to the Internet via Wi-Fi, and up to 8 Switches can be connected for some multiplayer fun.

The left and right Joy-cons contain both accelerometers and gyro sensors and can be used for motion-gaming. HD rumble adds vibration into the mix, and can accurately replicate subtle physical sensations for more immersive experiences. The right Joy-con has an IR sensor that can recognise the shape and distance of objects, and the embedded NFC reader will make your Amiibo collection useful again. The left Joy-con houses the capture button, which can take screenshots, with video capturing functions being added later. Both Joy-cons will have trigger buttons and an analogue stick each.

With Legend of Zelda: Breath of the Wild coming on launch day, are you excited for the Switch? Let us know in the comments what you think of Nintendo’s latest innovation in the console market!

Who's ready to take on some Noble Pokémons in Pokémon Legends: Arceus?