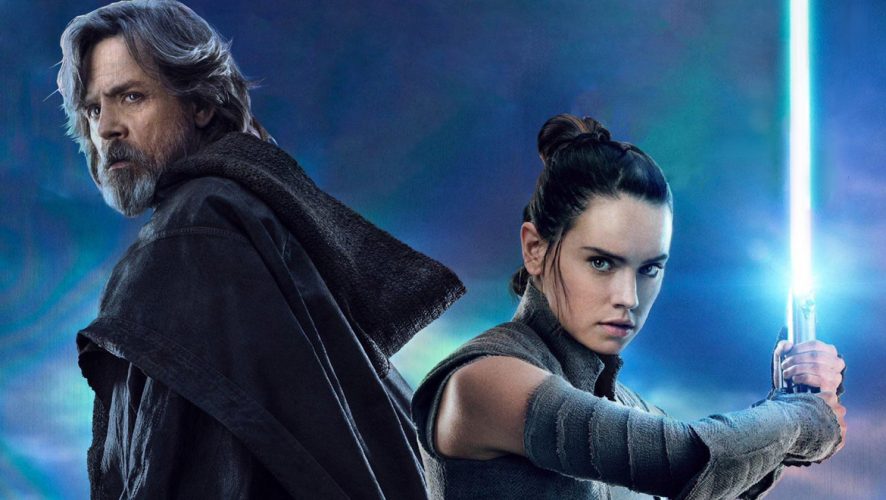 Calling Star Wars: The Last Jedi divisive is like trying to identify the actor who best played Batman on the big screen – there are fans and haters across multiple camps.

One week after watching the movie though, some things about Rian Johnson’s epic take on a galaxy far, far away still doesn’t sit well with me.

Frankly, I’m not here to argue how great or how bad the movie is. An opinion is just that, and everyone has a right to one. What is not an opinion though, is the fact that that nothing was planned beyond one movie in this franchise. Not for the new sequels, nor for the original trilogy.

Like with George Lucas way back in the 1970s when he first dreamt of his space opera, it was always rather obvious that he did not have crystalised plans for his original nine-part saga. While some might wonder if he ever planned for Darth Vader to be Luke Skywalker’s father, there’s no denying that in his mythology, it was obvious that Luke and Leia were never originally conceived as twins. 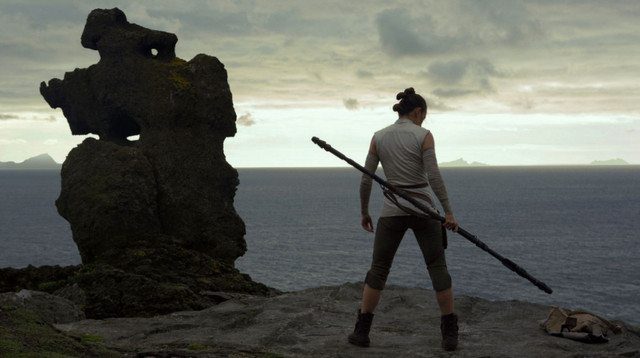 Obi-Wan’s distant look at R2-D2 when he first saw the white and blue droid in A New Hope is an indication that he never saw the beeping machine in his life. And Yoda’s revelation that there is another to a stunned Obi-Wan? Yoda clearly meant it was Leia, but Obi-Wan acted as if he had no clue, even though it was established in the prequel trilogy that he hid Leia on Alderaan.

And who can forget that Owen Lars was originally introduced as the brother of Obi-Wan, only for him to become Anakin Skywalker’s step-brother in a retcon?

The point I’m making, is that it’s clear that the folks behind Star Wars have been making it up as they went along, and it hasn’t changed with Episode VIII.

Here are eight plot points (Because it is Episode VIII) that JJ Abrams introduced in The Force Awakens, that Rian Johnson basically said screw it, and killed when he took over. Don’t believe us? It’s true. All of it.

We waited two years to see what Luke Skywalker would do with Anakin’s lightsaber when Rey passed it to him. JJ build up that meeting, and faded to black.

Rian basically decided that it wasn’t important, and had Luke toss it aside like garbage. 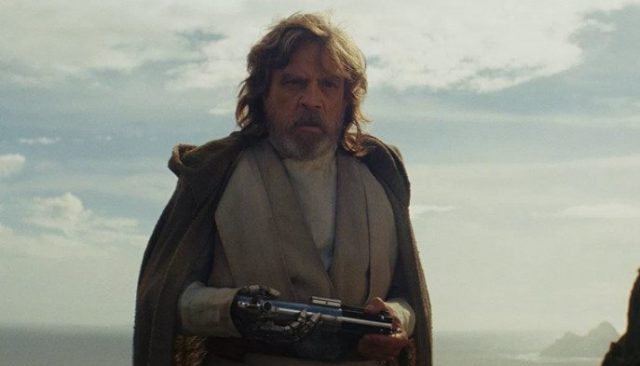 That whole scene is rather symbolic, as JJ basically handed Rian the lightsaber and reins to the Star Wars empire, which Rian promptly discarded. One can also point out that the gesture is Rian’s way of discarding the elements from the original movies as well.

When Rey first touched the lightsaber in TFA, it gave her visions, and Obi-Wan can be heard in the background. The lightsaber meant something, and served as a catalyst in TFA.

So what did Rian do? He destroyed it, ensuring that no one else would treat it as something of great importance. And with that one stroke, the visions that Rey had were ignored.

Her parents were nobody, but when she was introduced in TFA, JJ made her out to be someone of great importance. Otherwise, she would be some random Mary-Sue that Finn chanced upon on a desert planet. And why would she have a reaction when holding on to Anakin’s lightsaber? 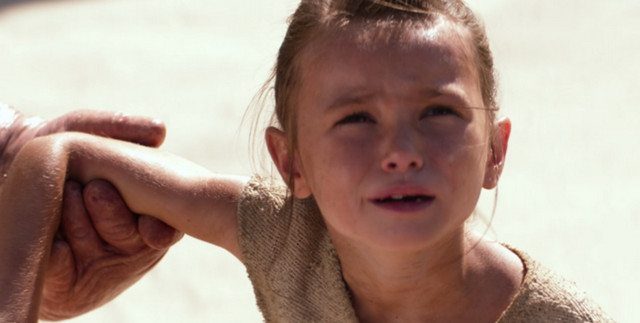 Rian clearly didn’t want to deal with that set-up, so he took the easy way out, by ignoring it. JJ had plans for Rey, but Rian had other, better plans.

Is he Darth Plagueis? How is he so powerful, and in control of Kylo Ren? Is he the new big bad or….? 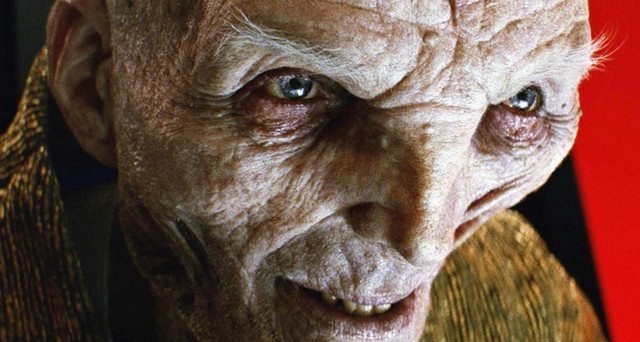 Well, before anyone can find out, Rian decided Snoke is a bad idea, and kills him. Not just by stabbing him, because anyone in Hollywood can come back from that. No, Snoke got cut in half and before anyone points out the return of Darth Maul in Star Wars: Rebels from that exact same killing blow, remember that Snoke died alone, since all his Praetorian Guards were killed, and his ship got destroyed.

In TFA, she was established as a formidable opponent, only to be sidelined and tossed in the garbage. No worries. If anything, Rian will fix it.

And how did he fix it? He had Phasma be beaten by a former student, and gets her tossed aside. And in case anyone wants to resurrect her ala Boba Fett in Return of the Jedi, Rian included her on-screen death of her being consumed by flames. Could her suit have protected her? Maybe, but Rian made sure that Finn cracked her helmet, so there goes her chance of coming back.

Talk about an undeveloped major character, who basically amounted to nothing.

Rian had one objective – to let the past die, and he did it with great gusto. That hidden Luke Skywalker that JJ tried so hard to keep hidden? What? You expected him to survive?

In TFA, the identity of Kylo Ren was kept a secret to audiences, but the characters within the movie knew that Ben Solo and Kylo Ren were one and the same. There was no need for Kylo to continue wearing his helmet to mask his identity, since wearing the helmet was actually for the audience’s benefit. 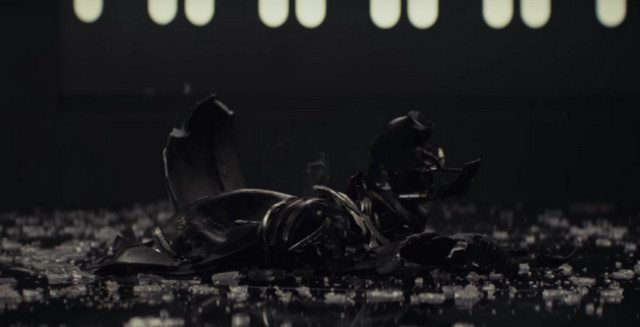 So the first chance he got, Rian nixed the helmet.

#8 The Knights of Ren

First shown in TFA, the Knights of Ren were assumed to be fellow students of Ben Solo at Luke’s soon to be destroyed Jedi Academy. If they were, why did they turn? If they weren’t, who were they? Luke did say that after his uncalled for provocation of Ben that Ben slaughtered some students and were joined by the rest, so where are they now? 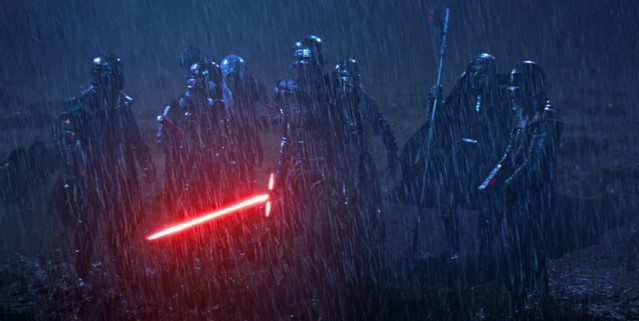 Yes, she is. And Rian didn’t kill her. Which leaves JJ, who’s directing the next and final installment, with the honour of killing Leia. Even though the actress is not available, and Disney has stated that they will not use CGI to bring her back.

May The Force Be With You JJ.