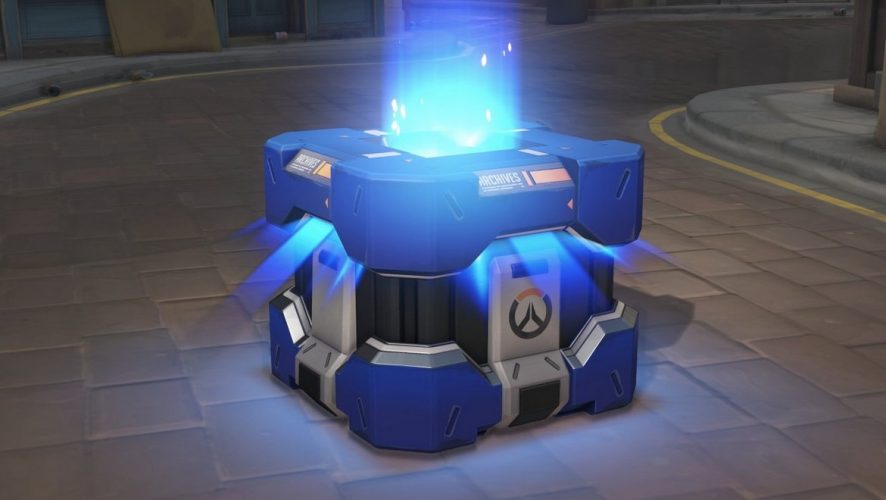 Why The Fuss Over Loot Boxes?

Ah, loot boxes/chests/crates, the much-derided buzzword in gaming’s lexicon at the moment.

The whole idea of paying for something random/unknown has many names, and it most certainly didn’t start with video games. Trading cards like Magic or Pokemon, gashapon/gachapon and other forms of collectable cards are essentially the forebears of loot boxes. If what you bought doesn’t give you what you want, you feel the urge to spend more.

But suddenly, governmental bodies are taking an interest in increasing regulation, and this only spells bad news.

Because is there really a need? Have you ever dumped a coin in a machine, hoping that more will be released? Spent money at a store for a scratch and win card? Ever played with a claw machine at an arcade? Or spend more money at a chance to hit the minimum spend, to be eligible for a chance to win a prize? All of these are offerings that spur consumers to spend a little more, by dangling an incentive. If you want more, you spend a little more. Sometimes, you’re not sure of what you are getting, but none of these are regulated.

When it comes to games, we have the Entertainment Software Rating Board (ESRB) in the United States, the Pan European Game Information (PEGI) in Europe, and of course, our own Info-communications Media Development Authority (IMDA). The fact remains that these bodies have not deemed loot boxes to be egregious before, but because some gamers are making a din about it, there is now a second look.

The sentiment is split, and from what I have gathered, there are gamers who are totally fine with the presence of loot boxes (like myself), those that are strongly against it for one reason or another (fear of addiction, rallying against a pay-to-win design, annoyance at a full priced game gouging for more cash), or those simply trolling to join in the conversations.

It is most certainly worth having the discussion about the good and bad of this mechanic, but only if we are doing it factually on both sides.

We can all agree that when it comes to such loot boxes, cosmetics items and costumes are fair game. As long as it doesn’t affect the core gameplay in any way, there is a notion of choice on the player’s part whether to partake in such frivolous purchases or not. Blizzard’s Overwatch is a great example of this, as well as the skins market in popular MOBAs, such as DOTA II and League of Legends.

When it becomes pay-to-win though, all bets are off.

Even that has its caveats. In a single-player experience, like Monolith’s Shadow of War, I would argue that there is no issue with that. There is no competitive advantage, and if you don’t have the time, a little boost might get you a little further. The fear is that developers might start padding the game, to make it more tempting to get experience boosts or bonus perks. It’s like offering a cheat code that empowers players but charging players for it. The option is there, but you don’t have to take it.

Think about a game’s guidebook that offers you strategies and full walkthroughs on how to clear a level, or beat a boss. You pay for that incentive, for a better chance at mastering that game. Why aren’t gamers asking for Prima Guides to be shut down? It probably doesn’t feel like cheating, and that’s fair, but the mechanics are almost similar.

If there’s ever an example of how not to do loot boxes and microtransactions, this is it. The issue I take with this is not that it is gating content, but setting the bar way too high that incentivizes players to fork out the money to potentially save time. Plus it can easily unbalance your multiplayer experience, particularly when good players have good weapons.

It’s not new though. For the past decade, game developers have been selling gamers an incomplete game, and offering DLC as an optional paid feature, to sell you the completed game. The car industry markets a car with a cheap price tag, but if you want more features, you pay more. Airlines offer you an airline ticket, but if you want frills such as food and drinks, or luggage space, you pay more.

What EA has done though, is trying to milk gamers in a new way. Imagine going to a restaurant to buy a burger, and the restaurant tells you that the burger costs $1, but if you want it cooked, that will be $0.50. If you want toppings, pay more for each.

Progression in games is a core design tenet, and if the prices for the heroes weren’t that high, I would be glad playing the game just to get to my eventual prize, and limited the players’ ability to earn said credits makes it even worse. If EA were to let you buy the characters you want directly, perhaps this wouldn’t even be an issue, but alas, it was not to be.

The most common comparison that many have made is that loot boxes equate to gambling, and that it can lead to dire consequences for individuals with addictive tendencies. This troubles me most, simply because gambling denotes wagering of a currency for the chance of getting a prize.

How that is remotely the same as loot boxes befuddles me. Whether you like it or not, every purchase of a loot box entitles you to something, it can be rubbish or something awesome, but you get a prize regardless. The only chance here is the possibility of getting a bad drop, but a drop nonetheless.

Of course, some say that the concept of a “prize” does not indicate value, and that’s where the issue lies. Many would argue that the possibility of getting something good is minuscule, and I agree, the odds can be stacked against the player, but ultimately it comes down to the individual’s responsibility to decide when to stop. The harsh reality is that if you are prone to addiction, I implore you not to play games that are freemium in nature or have in-game transactions/loot boxes.

Publishers and studios need to make money, and serving the wants of the many certainly supersedes caving to the few. This can be a hard thing to swallow, but it’s the truth. Whether they are going about it in the right manner is what we can argue about. I applaud China’s decision to have developers show the varying odds of loot boxes, it can only be good for the consumer to see what they are getting into.

Try having a casino offer that option/feature.

At the end of the day, there is a need for transparency in order to placate the gamers. Like the aforementioned revealing of odds, it is a pro-consumer move that sheds more light on the whole process.

Even if it’s just cosmetics, there are some that would still abhor the idea of loot boxes. The right solution, in my opinion, is to let players purchase what they want, for whatever the price. Warframe does this really well, and takes the chance out of everything, allowing you to put your money into whatever you want/need. Perhaps more companies should move ahead in this direction instead to prolong their profit window.

However, with loot boxes/microtransactions making a killing, there is no doubting that such practices would try their best to wring as much cash out of consumers as possible for the longest period of time. We are seeing this with more games becoming services, that require not just your time, but also cash for expansions and content drops so you can keep up with the rest of the world.

Mark it down to increasing development costs, a need for profits, or just pure greed, making art, and in this case, games, is not cheap, and these companies need to make a profit to pay their employees all the same. The lesson here is to be smart with your decision making, and supporting those whose practices sit well with you – vote with your wallet, that is the most impactful way of steering the direction of the narrative.

And if you don’t like it, don’t play it. Which is what same gamers are doing, by boycotting Star Wars: Battlefront II.

EA took a gamble, and they lost. No regulator could have stopped them from trying.

In the meantime, just try to enjoy video games, that’s the whole point of the entertainment medium, isn’t it?