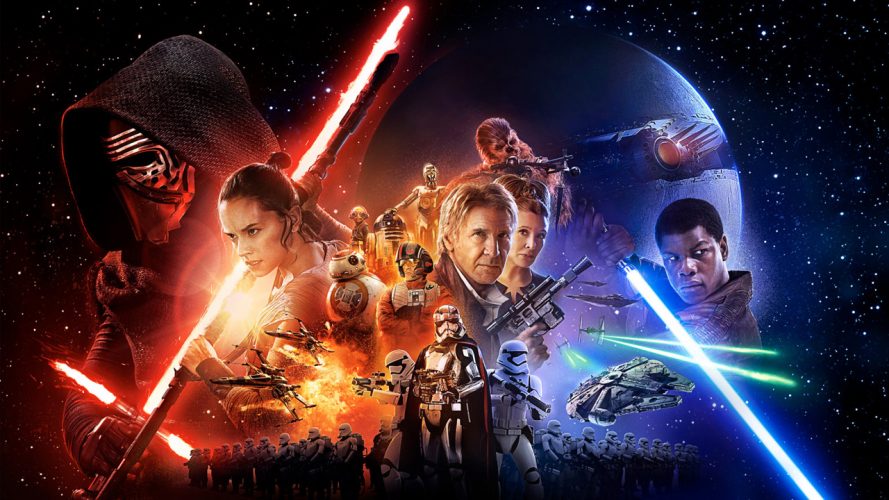 I’ve got a bad feeling about this

A continuation of the original Star Wars saga has already been written. It can be any of the thousands of stories, comic books, video games and conjecture that have arisen in the last 32 years, since Return of the Jedi (1983) came out, or it could be the ones we carve in our heads as fan fiction, that Han and Leia got married and lived happily ever after, or that Luke trained a new legion of Jedi padawans.

Or it could be the latest, and currently, the most official continuation of the franchise, from the minds of its new owner Disney, director JJ Abrams and writer Lawrence Kasdan. While series creator George Lucas crafted one of the, or even the most beloved movie franchises of our time with a sense of wonder, awe and imagination, his Prequel Trilogy have shown that his audience can sometimes reject the official movies openly.

And if fans can do this to Lucas, what makes Disney think that fans won’t hold any new, non-Lucas generated sequel to the same standards. It is only fair that we compare The Force Awakens to the many sequels that have attempted to show us the post-RoTJ world because official or not, these are all merely fan-fiction that serves a purpose, to satisfy the demand of Star Wars fans.

Disney’s purpose is to create a new franchise based on the universe and in this regard, TFA is a bold, impressive action movie that will remind audiences why they love sci-fi fantasy in the first place. The introduction of new heroes and villains also serves as a great primer for more stories to come.

But as a continuation of the original trilogy by Lucas, TFA only satisfies on some levels. There are also some disappointing bits to the movie that serve no purpose other than to sideline certain key characters, while pushing for the audience to embrace the new ones.

Adventure, excitement. A Jedi craves not these things

This will be a spoiler free review, so all you need to know about the movie is that there is a reason why Luke Skywalker (Mark Hamill), former padawan turned Jedi Knight and current Jedi Master, is not in the movie’s poster. He’s gone and no one knows where he went, but everyone is looking for him.

In fact, other than Han Solo (Harrison Ford), all the other established characters from Princess (now General) Leia, Luke, C-3PO (Anthony Daniels), R2-D2 and Chewbacca (Peter Mayhew) only have small, token roles in the film.

This gives audiences a chance to get familiar with the new cast, from Rey (Daisy Ridley), Finn (John Boyega), Poe Dameron (Oscar Isaac) and Kylo Ren (Adam Driver). The stars of the movie are clearly Rey and Finn, who spend the most screen time together. Audiences learn quite a bit about them, their motivations and this journey makes us associate well with them, as it focuses on their journey across the 135 minute run time of the movie.

But with JJ Abrams being who he is, audiences learn a lot more about them but never enough to know their last names. This is clearly a set-up for future movies, books or comics, but it does get annoying not knowing the true identities of both these leads. Still, credit should be given to Ridley for displaying a whimsical charm around Rey, despite her situation. Every ounce of heroism, fear, joy, wonder and compassion from Rey is wonderfully expressed by the young actress, as we watch her try to save the galaxy.

The same can be said for Boyega, who brings a much needed sense of humour to the film, and to the franchise. Humour was the one thing missing from the Prequel Trilogy and Finn more than makes up for it as we explore his shift in allegiance from First Order to Resistance. In some parts of the movie, Boyega is the take charge heroic lead while in other bits, he switches with Rey and becomes the sidekick.

Unfortunately, the same time and effort spent in presenting Finn and Rey are notably absent from Kylo Ren, who comes across as one of the most unimaginative villains across all the Star Wars movies. Yes, he’s evil, unpredictable and has a huge axe to grind, but aside from expositions as to who he is and what he is, audiences are not shown why he became the way he did. And when we are finally told the reason, it doesn’t exactly satisfy any motivations.

Ren has this incredible obsession with Darth Vader, and even designed his outfit, along with his helmet, to be like Vader, but towards the end of the film, Kylo Ren simply comes across as a bad cosplayer trying to fill the shoes of a true legend, complete with a bad voice, hair and posture.

More could also be done with Poe, whose single dimension character as a skilled pilot seems to fill a narrative need, and nothing more. The same can also be said of Captain Phasma, who has been heavily advertised as being a formidable nemesis, but actually comes across more as a trophy that is shiny and nice to look at, but actually serves little purpose in the grand scheme of things.

Where JJ shines is with the use of practical effects and storybeats. You know that the Millennium Falcon is back but you don’t know who’s really flying it but two seconds after seeing the ship appear on screen, you don’t really care. JJ shines with the use of iconography, whether it’s from seeing the Falcon jump to hyperspace, or having a fleet of X-Wings tear across the water to save the day.

The use of long shots to show land and air battles, mixed with practical effects, is easily recognisable and there is sense of groundedness in TFA, compared to the extreme digital manipulation of the prequel trilogy. That said, JJ seems to not have learned his lesson with Star Trek Into Darkness, when he went overboard with his call backs and homages, and became a slave to what has happened before.

There’s also this incredible level of coincidence which takes place throughout the movie. The story is basically saying that this just so happens to take place here, where that person just happens to be, for that related thing that only that other person knows about, and don’t you just love it when a plan comes together? It’s too convenient a storytelling tool. Up to a certain point, you cannot help but wonder if any of the characters possess special skills, or have they always depended on pure, dumb luck.

If anything, at least the Prequel Trilogy tried to be different, by experimenting with a new style of storytelling, even if many fans were not fans of it. JJ clearly knows this too, so if the opposite method does not work, why bother changing it?

Towards the end of the movie, you get a sense that TFA is a sleek, repackaged version of Episode IV and V. It’s not even about the sly references, such as having Solo again claim that he flew the Kessel Run in less than 12 parsecs, or watch as a Force-strong individual mind control a stormtrooper. Some of the beats from TFA match A New Hope completely, while the use of a narrative twist and the quest in locating someone, or something, was already done in The Empire Strikes Back.

If you don’t believe me, ask yourself this – Name me the Star Wars movie where the bad guys are after this droid which holds important data, which is then found by this young hero on a desert planet. The hero finds help from a rogue with a good heart, and together with a gruff old man, all jump on board the Millennium Falcon and proceed to destroy this massive planet killer.

There’s actually more to this, but as a I said, I’m keeping this review a spoiler free one.

The one thing I did appreciate though was the return of Kasdan to Star Wars. While Lucas created the characters, Kasdan, who wrote also Empire and Return, breathed more life into the heroes of those films, and that voice is back in TFA. When Ford and Fisher speak, it is not just about their looks or impression as Han Solo or Leia Organa. It is about hearing them come alive again in a way that none of the books, comics and other medium have ever come close in presenting.

The one thing that I felt was missing though, was an iconic musical piece. As bad as The Phantom Menace was, it still gave audiences the much loved Duel of the Fates. In TFA though, there was notable absence in the soundtrack front, though to be fair, I will probably need another screening or two to make sure I did not miss out on anything.

Yes, TFA is worth rewatching, not because it’s that good, but because there is a new sense of world building being done, to grow the series. TFA might not be as impactful to audiences the way A New Hope was back in the day, but there is a strong resonance that was notably missing from the last three films.