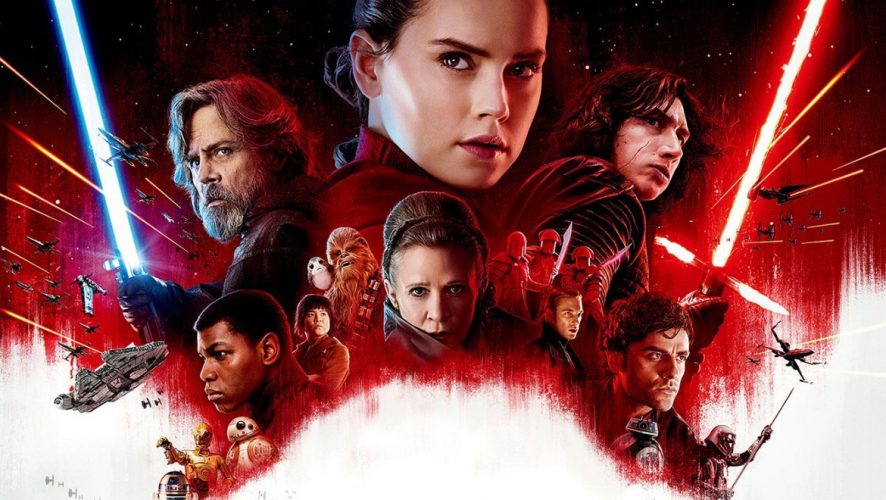 If JJ Abrams was too much of a slave to the source material, and basically retold Star Wars: A New Hope in his new trilogy sequel, The Force Awakens, then Rian Johnson is the exact opposite.

Instead of rehashing what audiences know, Johnson has taken a different tack in handling The Last Jedi, by relying very little of what has taken place before, and putting his own stamp in a galaxy far, far away.

The problem here is that he goes a little too far at times, and that’s not a good thing.

The Last Jedi picks up where the last film left off. Rey (Daisy Ridley) has gone off in search of Luke Skywalker (Mark Hamill), while General Leia Organa Solo (the late Carrie Fisher) must gather the remnants of the Resistance, to fend off the First Order. Poe Dameron (Oscar Isaac) is still the hotshot pilot tasked with the difficult job, while Finn (John Boyega) wants to reunite with Rey.

These were the dangling plotlines that Johnson was left with by Abrams, so what is he to do? He basically throws them all away, and starts afresh. Skywalker’s response and behaviour to Rey is rather unbecoming of the galactic hero, but once you get behind’s Johnson’s need to discard plot points that he has no interest in resolving, you can predict what he will do next.

Does he want to deal with why Kylo Ren/Ben Solo (Adam Driver) killed Han Solo? Nope. Everything to do with Kylo has been reduced to the fact that he is a villain. Does Johnson tell audiences who Supreme Leader Snoke is? No, and frankly, who cares? He clearly doesn’t. After all, Snoke is a new character with no narrative baggage, so his presence is an inconvenience done away by Johnson.

Did you like Kylo Ren’s mask? Neither does Johnson, who is basically acknowledging that the mask was used in TFA as a diversion, to mask his identity. Now that it is not needed, why bother with the facade of wearing one?

And Rey’s parentage? The one plot point that everyone has been trying to guess for two years? Does Johnson solve it? The good news is, he actually does. The bad news is, his dismissive attitude towards this is a reflection of what he wants to do with the Star Wars franchise, which is to start afresh.

What about Finn? In the first movie, he is a man who basically made a run for it, and inadvertently ended up helping the Resistance. Want to guess what Finn does here?

The thing about The Last Jedi is that it had so much gaps to fill, it would take a Herculean effort in linking everything together in one movie. Johnson does his best, but there are moments where it doesn’t make sense. In his effort to clean house, he was saddled with characters that he has no idea what to do with.

There is no denying that watching Carrie Fisher on the big screen, for the last time, created several touching moments, and watching her and Luke on screen sent warm and fuzzy feelings. But at the end of the movie, one cannot help but feel that he had no idea how to deal with both characters. The fact that Fisher is gone means that he has to wrap up Leia’s narrative, but doing so would be too predictable, so he does the other thing. 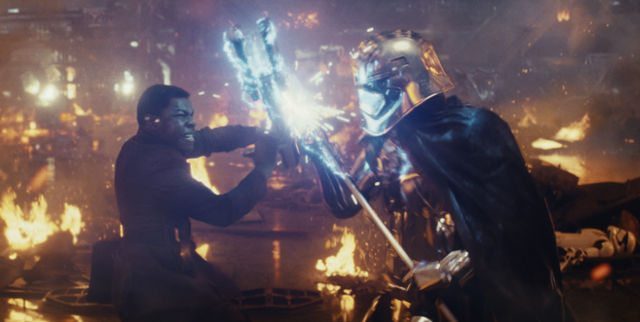 As for Luke, the plot twist here is uncalled for and frankly, a disservice to the history of the hero. But once that chapter is closed, you can almost hear the sense of relief coming from the big screen.

So Johnson does what he can, by turning the focus on the newer characters. It’s clear that Poe has been promoted from pilot to leader, and much of the movie is spent on him as a potential leader in the making.

While Finn spent the first movie elevating Rey as the narrative’s hero, he is now doing the same, this time to Rose Tica (Kelly Marie Tran).

Rose gets a lot of screen time here, and I get it. The first movie gave us Poe, Rey and Finn, and if Star Wars is to survive, there needs to be new blood. So she’s off to an adventure.

But once you finish the movie, you realise that the Resistance is doomed to failure. If one of the new leaders of the resistance, Vice Admiral Amilyn Holdo (Laura Dern) had confided in Poe, then Finn and Rose would not need to go planetside and meet Benicio del Toro’s character, and the movie would have ended differently.

The weakest point in any organisation is a lack of communication, and The Last Jedi shows this very clearly.

Which is very unfortunate because Johnson has filled the film with several incredible moments. The face-off between Finn and Captain Phasma has an incredible pay off, as does the team-up/battle between two unlikely characters. The battle with the Dreadnaught in the film’s opening, as well as the final space battle with Snoke’s ship were some pretty awesome moments, but he had to pepper the film with too much irreverent humour. In fact, when you consider the pointless nature of the Porgs, you start to wonder why.

Along the way, he has also taken some liberties with Star Wars canon. Don’t ask me how or when the Force can be used to establish subspace communications, or why when a big ship is being attacked by a slow, smaller ship, it cannot change course, or move a little faster? I’m not bothered by most of them, as it means that Johnson is ready to move forward, and build his own Star Wars legacy. But one part of how the Force works makes no sense.

I won’t say much, except that her name is Skywalker, not Spacewalker. 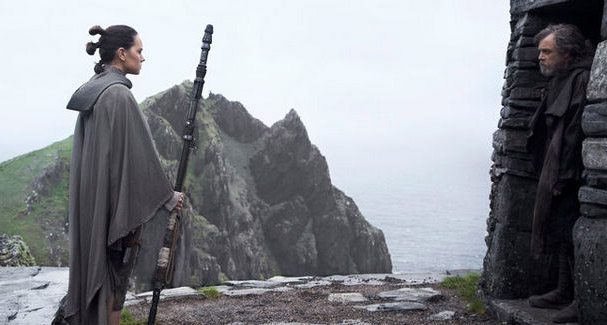 What could the movie use less of? How about a less powerful Millennium Falcon, less jokes, less Porgs and less gullibility? Damn it Rey. Kylo killed Han Solo – redemption is for someone else.

The Last Jedi is a commendable effort to tie up loose ends, pay homage to the past (check out the cameo, where it’s very obvious that what’s on screen is actually a physical presence, and not CGI), and create a new way moving forward, but it tries too hard. By negating some of the plot points (Rey’s parents for one), and changing the way the Force works (is that a Force ghost or Force projection?), the sad fact now is that Johnson is not providing the conclusion, and is leaving that in the hands of a less capable director – JJ Abrams, who is directing the last installment.

Now that we’ve had the extreme homage in TFA and this wild leap forward, here’s hoping that the wrap up sits somewhere in the middle, and more rewarding.

The Last Jedi is taking great strides in moving the narrative forward. Johnson has some great ideas, while others fall flat, and we’ll only know in two years time if Disney and Abrams are traveling this route.