With plenty of bodies in the way and the lines are extremely long for every video game title, one has to carefully ration time to get their hands on the latest and greatest. Such is life at a video game convention.

The one title that had the longest lines at the recent PlayStation Experience 2017 in Kuala Lumpur had to be Gran Turismo Sport. Tucked away in a nice corner away from the main crowd, fans lined up patiently to try out PlayStation’s flagship racing title in an awesome racing chair set-up complete with a Thrustmaster steering wheel. 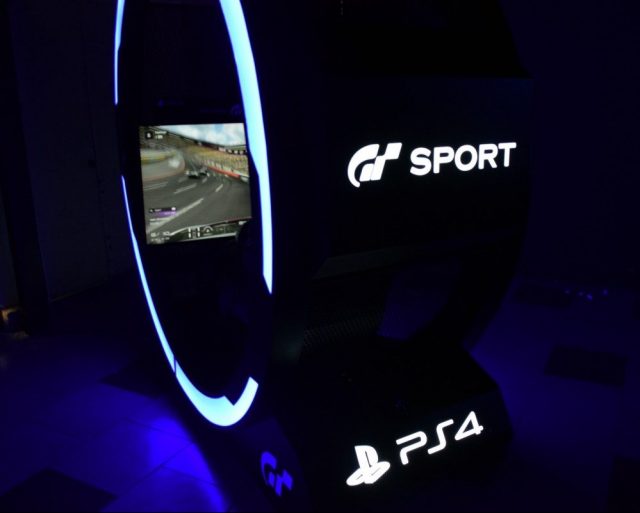 Yes, my friends, this is what it looks like to race in a set-up that might probably be the cost of an actual car in Malaysia.

Maybe I’m exaggerating, the lines for this title were anything but. Since the doors opened, the queue for Gran Turismo Sport was packed all the way and that made me want to find out more from the folks what made this title so appealing to the local crowd. After all, having worked in video game retail, I could safely say that while Gran Turismo remains a popular title, it does not move as many units as other PlayStation IPs in Singapore.

When you reach the front of the queue *Happy dance*

I just had to find out from the horse’s mouth why Gran Turismo Sport was such a big deal just across the causeway.

“I think the people in Malaysia love racing a lot but because we cannot afford the nice cars, this would be the next best thing,” answered Razman Shah, with a grin as he patiently waited his turn to get into the driver’s seat.

He added that while most folks in KL had their own cars, they mostly drive Protons and Peroduas which are Malaysia’s very own car manufacturers.

“What Gran Turismo to me is having the chance to drive all those nice cars we see in magazines but cannot buy. The ringgit damn weak now lah bro.”

Fair enough, though I didn’t expect the conversation to go into the state of the Malaysian economy so fast. 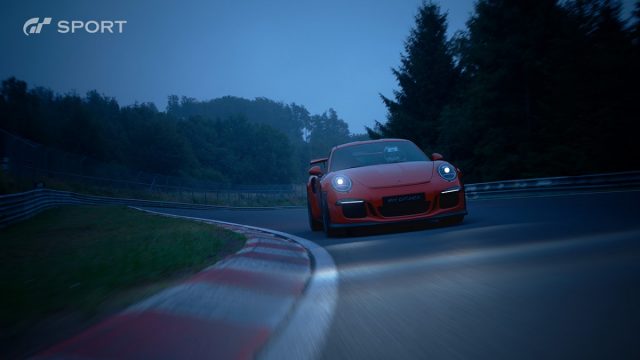 While I’m certain that not every car has been revealed for Gran Turismo Sport at this juncture, it is reported that the final list might come in at 150 cars in total. Aided by the fact that Porsche has been revealed as one of the car manufacturers available helps entice racing fans like Razman an opportunity to drive a luxury car he might not otherwise purchase.

To another individual in the queue I had spoken to, Gran Turismo has become a staple in his gaming diet ever since he first played it back in 1997 on his PlayStation. Obviously back in the day one would have to procure a disc via non official channels but it’s been legit mode all the way for Tan De Xian who made his way to the Gran Turismo Sport station right from the entrance.

“Last time, I would go to my friend’s house to play the game and earn my license. I cannot forget how the first few sessions was to accelerate and brake before a white line. Compared to the graphics then and now really got a big difference.”

And he’s not wrong about the graphics, considering that Gran Turismo Sport had been delayed for close to a year now and in that time the PlayStation 4 Pro was announced. At launch, the game would see itself benefiting from the PS4 Pro’s HDR10 plus checkerboarding abilities to deliver 4K and HDR output. 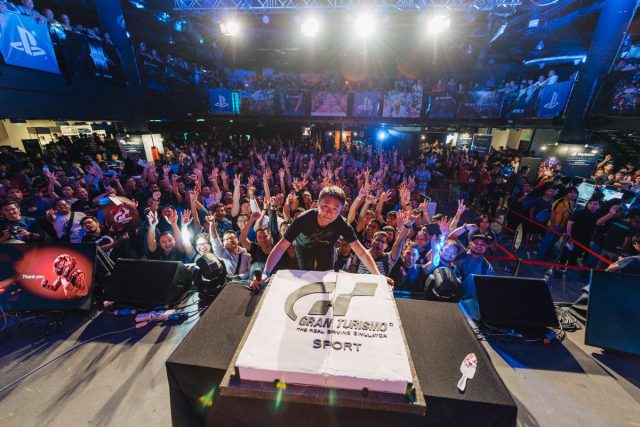 Compared to the build which I had played back in 2016, the current version of Gran Turismo Sport seemed to have changed dramatically under the hood with improved graphics and tighter control. Aided with a PS4 Pro and a Bravia 4k display, the contrast is significant. Having gone a few laps around the circuit in a Ferrari 458 GT3, the game certainly has benefitted from the extra development time. And perhaps this would be the only real state that Gran Tursimo creator, Kazunori Yamauchi, would allow for release.

Judging by the number of smiles and thumbs up from the gamers who left their seats, I’m pretty sure that Gran Turismo Sport has easily passed the test with the gamers at PlayStation Experience 2017.

Gran Turismo Sport will be hitting the stores 18 October 2017, make sure to pre-order your copy! 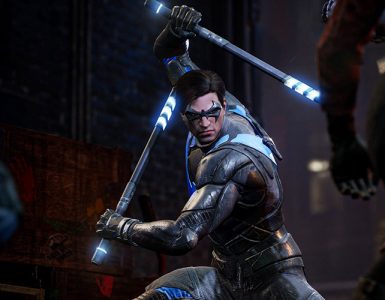