It’s always been a Mortal Kombat tradition to bring in guest characters to the roster, and the honour this time round goes to a very familiar face…or helmet. In a surprise show of nostalgia, the fighting game will be adding RoboCop into the mix for its new Aftermath expansion pack, alongside two other old companions: Fujin and Sheeva.

The hot news took the form of an announcement trailer, which revealed the popular action hero in all his glory. With all the dramatic gusto befitting of a legend, RoboCop only makes an entrance at the end of the reel, wielding his signature side-arm, and his well-known distaste for nefarious villains.

That’s not even the best part for nostalgia-starved fans. Peter Weller, the original actor of the cyborg enforcer, is set to reprise his role – a very big deal in itself, considering how this would be his first time portraying the character since 1992’s RoboCop 2 outing. Cool beans.

Not much is known on his moveset and combat abilities, but the team promises that the iconic side-arm will be put to use during battle, in addition to other skills and weaponry, such as a heavy-hitting, shoulder-mounted cannon. The fast nature of Mortal Kombat games, however, likely means that some creative liberties are in store.

The Fujin and Sheeva duo, meanwhile, should prove familiar to long-time enthusiasts of the series. The god of the wind hasn’t been a playable character since 2006’s Mortal Kombat: Armageddon, so this would mark a perfect return to form for him. The latter, in comparison, saw her last fighting stint in 2011’s Mortal Kombat reboot.

Mortal Kombat 11: Aftermath is scheduled for a digital launch on 26 May 2020, and will set players an additional US$39.99 back as a standalone DLC. A physical release is also available, but only from June onwards in the US. 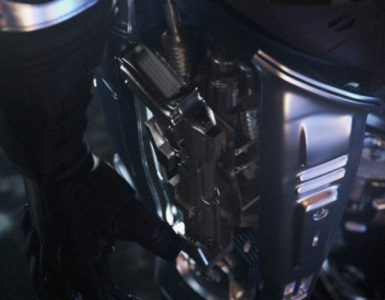 Protect the innocent and uphold the law!