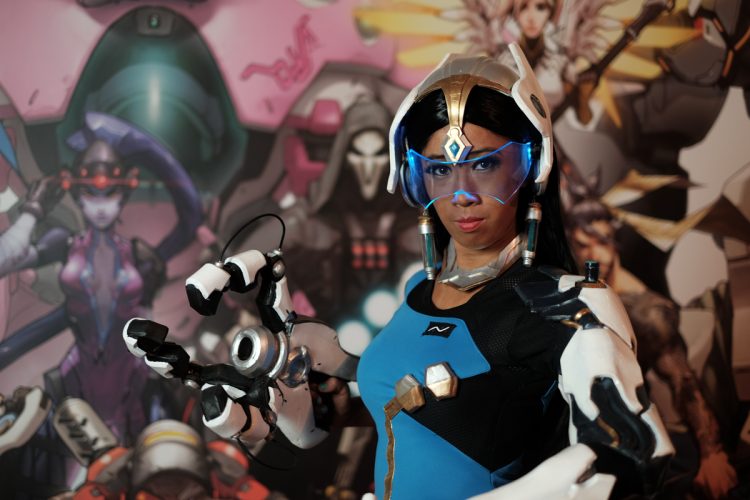 With Overwatch launching in the middle of the week, Singaporean gamers took some time off their level grind and made their way out of their homes to join the community for two days to celebrate Blizzard’s launch event for their newest IP in over 17 years.

Fauzi, who was first in the queue since 6am, enjoys playing Bastion and could not contain his excitement for the game. While he wasn’t a big FPS fan, he was drawn to Overwatch for the art style and the pedigree of the company. And judging by the ever growing size of the queue as I made my rounds prior to the start of the event, it certainly was matching up to the hype when compared to Diablo III and Starcraft II‘s launch as well.

With each Hero’s tutorial reel playing on a continuous loop, it means that the fans in queue certainly would get a constant dose of education in figuring out all the tips and tricks of their favourite heroes.

And what would a launch event be without swag? With fans making a beeline for the various Overwatch themed tees, jackets and hoodies available for purchase, the biggest and comfiest has to go to the exclusive Secretlab Omega chair that appears to have been made only for this event.

Featuring Overwatch colours, this is one chair that you want to be gaming on especially for those marathon Overwatch sessions. Trust us, we’ve tried the chair and we loved it!

The team from The Neo Tokyo Project were certainly showing off their mastery of the craft and if the above Symmetra looks awesome, the following one of Mei will surely impress.

Painstaking hand crafted for the event, it lights and opens up. I can imagine that, perhaps, the next iteration might be drone mounted to replicate how it works in game as well!

Apart from the loot box queue, you might want to go early to get yourself a caricature by Rachta Lin in the vein of your favourite Overwatch character. This is probably one of the best takeaways for any fan!

The queues seem to have been getting rather crazy since I left the area, but unlike other launch events the Overwatch Singapore launch event will run for a full two days up till 9pm on 29 May 2016. There’s plenty more to check out at the venue itself and it pays to be early if you can pull yourself away from the game in the first place!

More information about Overwatch Launch Weekend can be found here.